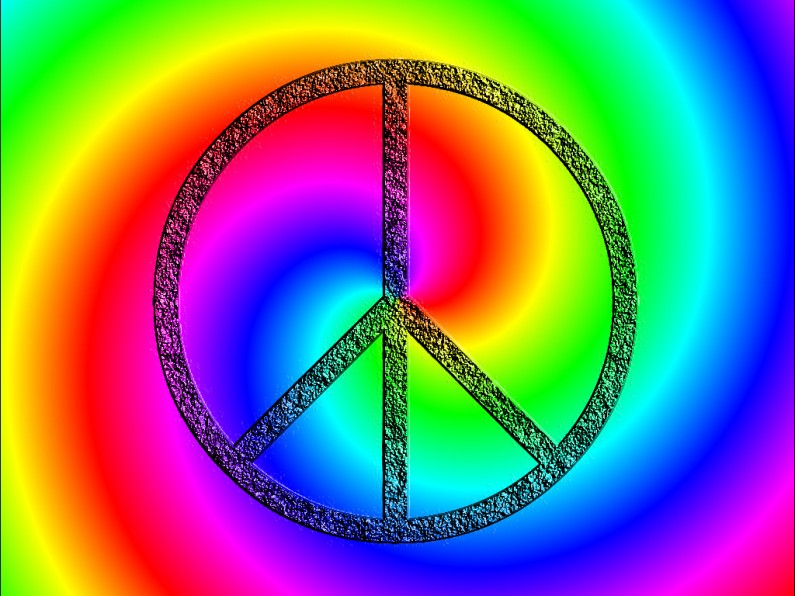 VIA The Open Mind by Jade Small

Throughout the late 1960s and 1970s, a deep-seated social discontent developed among young people in the United States. These were men who’d been forced to fight a war they didn’t believe in only to return home to a country that didn’t want them. The country was filled with college graduates lacking any job prospects, young women who refused to lead their mothers’ lives, and the myth of an “equal” society that couldn’t seem to shake it’s nasty history of segregation and inequality.

The product of this dissatisfaction was hippie culture, and from hippie culture sprang hippie communes–group living spaces, communities, or villages where like minded individuals could live simply like their agrarian ancestors (usually with the help of some mind altering substances). And, most notably, hippies placed communal needs and values above individual rights. As University of Kansas professor Timothy Miller said, “reason had run its course; now it was time to return to the mystical and intuitional…the hippies rejected the industrial for the agrarian, the plastic for the natural, the synthetic for the organic.”

Each hippie commune was different: some were deeply religious communities while others were completely secular. Drug use was rampant on some hippie communes and forbidden on others. Some were strictly self-sufficient agrarian societies, but other hippie communes participated in capitalism–owning businesses and selling rock albums. There was no “one-size fits all” model, and each hippie commune developed its own culture, rules, and personality over time.

By the 1980s, the original fascination surrounding hippie communes had largely faded, and they began dropping off the map. While a few continue to limp along today, all that remains from a majority is photographic evidence of the time in American history when time when hippie communes thriving. 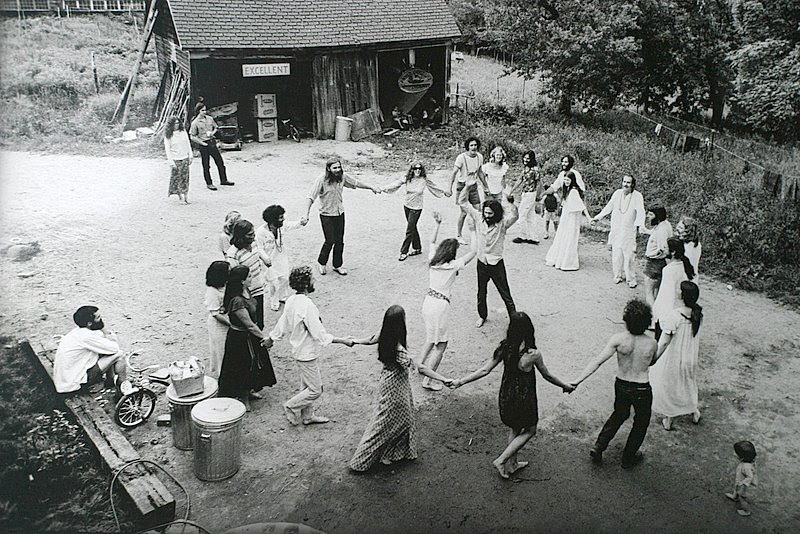 One of the most interesting (and strangest) communes to come out of the 70s was the Source Family.

The Source Family did not practice intentional poverty like members of the Farm. They were “entrepreneurial hippies,” and they opened the first vegetarian restaurant in Los Angeles.

Father Yod died in a freak hand-gliding accident in 1977 in Hawaii. The Source Family fell apart soon after his death

The Source Family Band practiced every morning at 3AM. Together they recorded more than 60 limited-pressing records of psychedelic rock chants and prayers

Father Yod was not a young man, and he had 13 youthful, beautiful wives. His pervy behaviour drew some serious criticism.

The commune was founded by 13 hippies who, tired of the Vietnam war and constant police brutality of the mainland, fled to this island paradise.
The commune got off to a rocky start when all members and their children were arrested for vagrancy.

They built their beach front tree houses out of anything they could find: bamboo, scrap lumber, and salvaged materials

Taylor Camp was a tropical ocean-front utopia in Hawaii without rules, politics, or bills to pay.