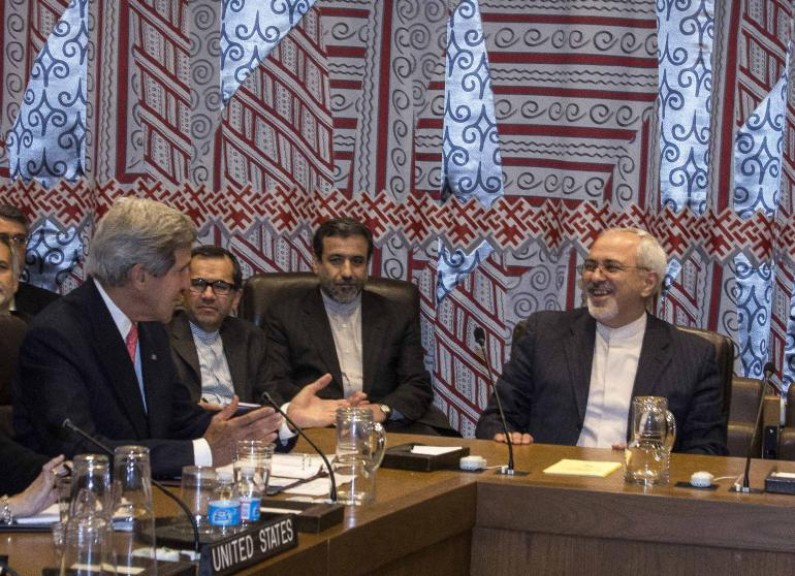 Officials claim progress in talks in Switzerland, a day after Israeli PM called for nuclear negotiations to be ditched.

The United States and Iranian foreign ministers have wrapped up three days of talks over Iran’s nuclear programme, ignoring a passionate plea by Israeli Prime Minister Benjamin Netanyahu to ditch their negotiations.

US Secretary of State John Kerry said on Wednesday that he and Iranian counterpart Mohammad Javad Zarif made some progress during their talks in the Swiss lakeside town of Montreux and would resume them on March 15.

Kerry aides said many obstacles remained before a late March deadline for an outline accord between Iran and six world powers.

“There are still significant gaps and important choices that need to be made,” Kerry told reporters.

Kerry said politics and external factors would not distract from the talks, which aim to constrain Iran with intrusive UN access and verification of its nuclear activity and lengthen the “break-out” time needed for it to build any nuclear weapon.

“No one has presented a more viable, lasting alternative for how you actually prevent Iran from getting a nuclear weapon. So folks, simply demanding that Iran capitulate is not a plan. And nor would any of our P5+1 partners support us in that position.”

Asked if he thought they had made progress, Zarif told reporters: “We have, but a lot of work remains”.

Kerry will also hold talks on Iran’s nuclear programme with his French, German and British counterparts on Saturday in Paris, a US official said on Wednesday.

However, Netanyahu’s controversial speech to the US Congress on Tuesday, where he harshly criticised the diplomatic efforts to resolve the dispute, may make it harder for the Obama administration to sell the potential deal back home.

Netanyahu argued that rather than preventing Iran from acquiring nuclear arms, a deal would “all but guarantee” that it would one day get the atomic bomb, putting Israel, the wider region and US interests at risk.

US President Barack Obama responded within hours saying that Netanyahu had offered no “viable alternatives” to the current course of negotiations.

Iran and world powers are trying to put a framework agreement in place by the end of the month, despite the
misgivings of Israel, US congressional Republicans and some Gulf Arab states. Such an accord would be followed by a comprehensive agreement to be completed by the end of June.

The aim of the negotiations is to persuade Iran to restrain its nuclear programme in exchange for relief from sanctions that have crippled the oil exporter’s economy.

The US and some of its allies, notably Israel, suspect Iran of using its civil nuclear programme as a cover to develop a nuclear weapons capability. Iran denies this, saying it is for peaceful purposes such as generating electricity.