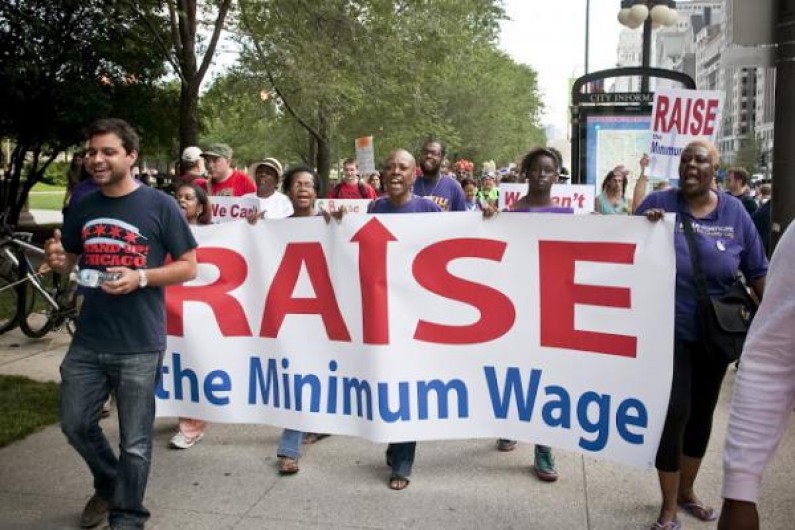 ATTN: has released a new video profiling five major corporations that pay above the minimum wage and are still very successful. While conventional wisdom often points to the fact the minimum wage kills jobs, new data is starting to belie these notions. ATTN: recently compiled seven studies on the minimum wage’s correlation with job loss, and most research indicated negligible, if non-existent, job loss, while some research conveyed a minor economic stimulus from raised wages (due to the increased consumer spending of people having a few extra bucks in their pocket).

While the current federal minimum wage is $7.25 per hour, starting hourly wages at Costco are $11.50 per hour. Meanwhile, the average worker at Costco earns $17.00 per hour and 91 percent are covered by retirement plans.

The beloved burger chain pays its employees a starting wage of around $10 per hour, and its sales rose from $21 million in 2010 to $140 million in 2013. In a statement to the SEC, the company explained its wage philosophy by writing “we believe that this enables us to attract a higher caliber employee and this translates directly to better guest service.”

In a written statement, co-founder Ben Cohen explained his company’s wage philosophy by saying “There is only so much Chunky Monkey one rich guy can eat. For Ben & Jerry’s to succeed, we need more than one ice cream buying rich guy. Raise the minimum wage and everyone can have a scoop.”

The convenience-store chain with more than 600 locations across 11 states pays cashiers $40,000/year plus benefits, and paid vacation days.

The evidence is clear. Invest in your employees and they will invest in you.