Poll: Rising Economy Boosts Obamas Standing On The Eve of The State of The Union 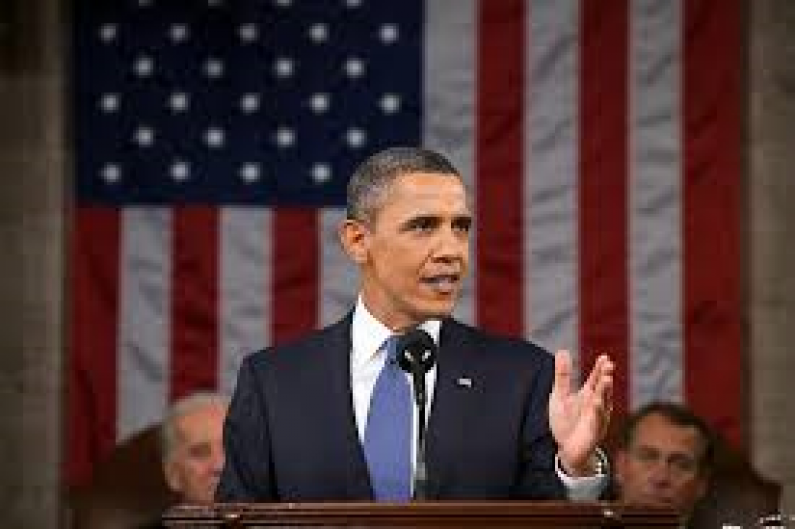 VIA “thewashingtonpost.com” by Scott Clement and Dan Balz

President Obama will deliver his State of the Union address Tuesday enjoying rising approval ratings that have been strengthened by rapidly improving perceptions of the economy and increased optimism about the overall direction of the country, according to a new Washington Post-ABC News poll.

For the first time in his presidency, Obama will address a Congress fully in the hands of the Republicans. And the divided government reflects a divided America. Along party lines, the public is sharply at odds about whether the country should go in the direction Obama wants to lead or where Republicans prefer to go.

Despite the partisan divisions on most issues, a substantial majority of Americans continue to see political dysfunction in Washington as a big problem. After years of political standoffs, there is considerable skepticism about whether the two sides can overcome their political differences to ease what has become a chronic problem.

Obama’s overall approval rating now stands at 50 percent, the highest in a Post-ABC poll since the spring of 2013. His standing is nine points higher than in December and seven points higher than in October, just before Republicans captured control of the Senate, increased their House majority to its highest level in eight decades and recorded advances in the states.

The Post-ABC survey puts the president’s approval rating slightly higher than some other recent public polls. But most have shown improvement since the November elections as the president has moved aggressively and unilaterally on issues such as immigration and climate change

The Post’s Ed O’Keefe details the pomp and circumstance of the most-watched political event of the year: the annual State of the Union address.

The bigger factor helping to boost his standing is a series of economic indicators that have shown steadily improving conditions.

Sharply lower gasoline prices have contributed to the sense of better economic times. A Washington Post analysis estimates that those plummeting prices put an extra $7.50 into the wallets of average Americans during the first week of this year, compared with the same week last year. Consumer confidence is now at its highest level since the Great Recession began in 2008.

But evidence of an easing of pessimism is clear. The 41 percent who say they see the economy in positive terms compares with just 27 percent who expressed that view in October. Those saying the country is headed in the right direction, although still a minority overall, have increased by 11 points in that same time period. The last time public optimism about the direction of things was this high was in the spring of 2013.

Greater optimism also is reflected in Obama’s economic approval ratings, which now stand even, with 48 percent approving and 48 percent disapproving. It is the first time fewer than a majority has disapproved of his handling of the economy since the summer of 2013.

Obama enjoys other advantages as he and the new Congress begin the year. On some early confrontations between the White House and congressional Republicans, the president has the public on his side.

These include the issue of the Keystone XL pipeline, which Republicans want to build without the president’s approval. Obama, threatening a veto of their legislation, says he will await a review before making a decision. Six in 10 agree with the president’s position.

Congressional Republicans favor legislation that would change the new health-care law to say that companies with 50 or more employees must provide health insurance to anyone who works 40 hours or more, rather than the 30-hour threshold that currently exists. A slight majority favors leaving it at 30 hours.

But on one big issue, Republicans have public opinion on their side. That is over the question of Obama’s executive action to shield millions of illegal immigrants from the threat of deportation. Many congressional Republicans want to block the move, with the House passing a bill last week that would do just that. The future of the legislation is uncertain, but a majority of Americans (56 percent) say Obama’s action should be blocked.

The new poll underscores the nation’s political divisions. Americans are almost evenly divided over who is taking a stronger leadership role in Washington, with 42 percent saying Obama and 40 percent citing congressional Republicans. Divisions are equally sharp over whether the country should follow Obama’s lead or that of the GOP.

Those closely divided results, however, are starkly different from those recorded eight years ago after Democrats took full control of Congress heading into the final two years of President George W. Bush’s administration. At that point, the public favored following the lead of congressional Democrats over Bush by more than 2-to-1.

But if the president takes some confidence from that, another set of findings signal the depth of the divisions that have led to gridlock in recent years. By narrow margins, Americans say both that the president is justified in taking executive action to achieve his goals if Congress doesn’t act and that congressional Republicans are justified in trying to block those actions in court or through legislation.

A plurality of Americans say they trust Obama over the Republicans to handle the nation’s biggest problems (40 percent to 36 percent). That represents a shift toward Obama in the past month. But compared with public sentiment right after he was reelected in 2012, Obama enjoys far less confidence from the public. At that time, the public said they trusted Obama over Republicans by 15 points.

Nine in 10 Americans say government dysfunction is a problem, with 2 in 3 calling it a major problem. Asked who is responsible, they blame both sides equally. Almost half say things will stay about the same in the next year, with about 3 in 10 saying things will get worse and 1 in 4 saying they will get better.

The previous Congress, with Republicans in control of the House and Democrats in control of the Senate, was one of the least productive in history. Asked how they see the future with Republicans now in full control, a third of Americans say they believe the new Congress will do a better job. A fifth say it will be worse, and virtually all the rest say things will stay about the same.

Obama owes his rising approval ratings to better economic times, but the shifts among demographic groups also show that his greatest gains have come among those who are part of his coalition.

Since December, his numbers have increased by 10 points among Democrats and moderates, by 22 points among Hispanics and by 19 points among those ages 18 to 29. His approval rating is also higher by 11 points among conservatives.

Through most of last year, Obama’s approval ratings hovered in the mid-to-low 40s, with suggestions that he was following a downward trajectory that was similar to that of Bush in his second term.

But the current poll moves him in a different direction, at least for now. Obama’s approval ratings at this point in his presidency are similar to those of President Ronald Reagan’s as he began his final two years in office. They are lower, however, than those of President Bill Clinton at the start of his second term.

One big difference between now and the time of Reagan’s presidency is the sharply polarized political environment and the partisan divisions it has engendered. Obama has a 71-point partisan gap (the difference between his approval among Democrats vs. Republicans) while Reagan’s was 52 points.

The Post-ABC poll was conducted Jan. 12 to 15 among a random national sample of 1,003 adults interviewed by telephone, including 311 cellphone-only respondents. The overall margin of error is plus or minus 3.5 percentage points.