Urban Land Grab: Detroit’s Foreclosure Hangs In The Balance At “Show Cause Hearings” 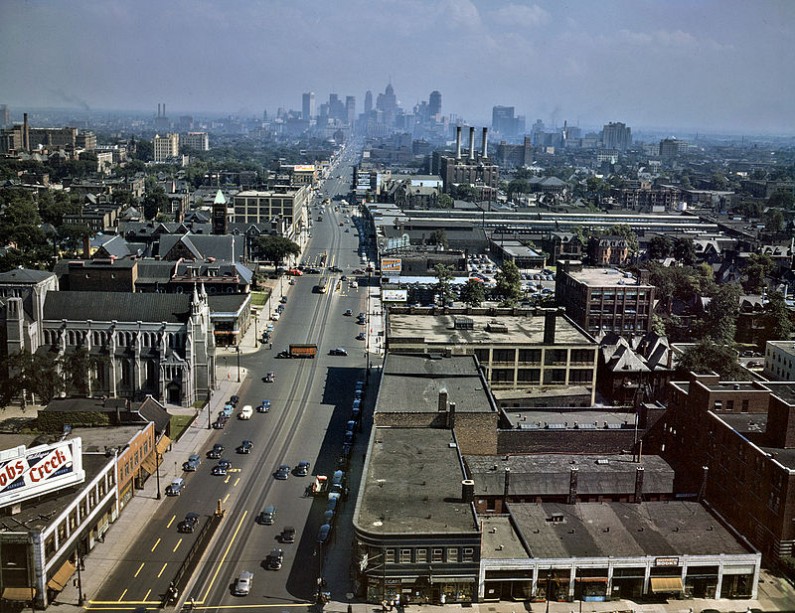 VIA “occupy.com” by Michele Oberholtzer

Imagine having to go to court where you are never given the option to plead “not guilty.” The best you can do is accept a plea bargain, so, desperate to avoid the worst consequences, you take the deal.

It’s a lot like the situation now facing thousands of Detroiters who are attending the Show Cause Hearings from Jan. 29 through Feb. 6, happening at Cobo Hall in Detroit. As the name implies, the intent of the hearings is to allow people to “show cause” as to why the local government should not foreclose on their homes.

In reality, the hearings serve as an opportunity for the Wayne County Treasurer to enroll a fraction of people in payment plans – to pay off debt they shouldn’t be owing in the first place – and sends the rest packing.

That’s why local activists, non-profits and concerned citizens are taking action to empower people facing foreclosure to communicate that what is happening is wrong, and that they have a right to say so.

The city of Detroit exited bankruptcy in 2014 by making deals with its creditors to reduce debt, but it is extending no such forgiveness on its own debtors. Detroit began this year with 82,000 properties heading into seizure by the county treasurer due to unpaid property taxes. That translates to roughly one in six Detroiters living homes affected by tax foreclosure – in this year alone.

Those foreclosures are under a state law mandate requiring foreclosure for any property with three years of unpaid property taxes. The law is strict, and that might make sense if the property taxes themselves made sense – which unfortunately in Detroit isn’t the case.

For starters, property taxes in the city are absurdly out of touch with real property values. The home of Ms. Shenika Green, for example, went into tax foreclosure last year with $11,000 in unpaid taxes. The house is currently valued at $26,000 – yet it didn’t sell at auction even though it could have been purchased for only $500.

Second, the services the city alleges to pay for, including police, public school, garbage pick-up, public transportation, and street lighting, have been functionally absent for years.

The area’s decreasing population and individual income levels has created an impossible situation where Detroiters must bear greater costs with fewer resources. Faced with the decision of keeping the lights, heat and water running, many people leave their large tax bills for last. This is the context into which thousands of homes will be lost as the three-year time limit of accumulated back taxes runs its course.

Current solutions for people in foreclosure include some combination of paying off their debt and kicking it down the road. New state laws make it possible for owner-occupants to enter into much more reasonable payment plans than were available in the past, allowing them to retroactively reduce their debt. But even where options are available, the confusion, misinformation and bottle-necking for most people has reached an unprecedented level.

For one thing, it’s not easy to qualify for debt repayment plans, even if you should. Detroit’s mismanaged and under-resourced government has created a DIY type of community in which people increasingly handle property matters amongst themselves, rather than involving formal paperwork. The result is that many people who would call themselves homeowners are not considered as such by the law.

In the short months remaining before foreclosures come into effect on April 1, these unofficial homeowners have to go through probate court so that they can quiet the title, get the deed, fill out the PTA, fill out the PRE, make a down payment, get on a payment plan – and finally, hopefully, save their house. In other words, the options are limited, the cards are weighted against them, and there simply isn’t enough time.

Non-profit groups help people buy time by filing for extensions that will get them off the auction block for a year. But in most cases they’re merely forestalling the eventual foreclosure.

One option for a very small group of people is the federal Step Forward Plan: funding that actually helps pay off the tax debt. However, funds through this program are actually being reallocated from their original purpose – preventing foreclosure – to blight removal. This is an especially bitter irony since foreclosure is often to blame for a home becoming vacant in the first place, and since the debt that leads to foreclosure is often only a fraction of the cost of demolishing a blighted home.

While a lucky few qualify for these programs, renters, land contract holders, landlords and others are excluded. Their “options” are to pay their debt that was excessive to begin with – and which has accumulated at 18% interest over the past few years – or they lose their homes.

In many cases, renters live in foreclosed properties where their landlord failed to pay property taxes, and are forced out of their home after someone else purchases it in auction.

In the face of these bleak options, community organizers and activists are working to find and provide alternatives to the thousands of people who need them.

A group led by Detroit Eviction Defense is using the Show Cause Hearings at Cobo Hall to reach out to as many people as possible, developing tactics and creating channels for people to understand, and exercise, their rights within this broken system.

The first tactic is to help people plead “not guilty” by showing cause and objecting to the foreclosure of their home. People can file official forms presenting various viable reasons why the foreclosure may be invalid – including inflated property assessments, excessive interest rates, water liens, and good old-fashioned financial hardship.

In addition, a separate form allows renters to request that the property be transferred to them, rather than the county, if it enters foreclosure. Hundreds of these forms will be filed in the coming weeks with Chief Justice Robert Columbo, who will be hearing all grievances in a single court case on Feb. 18 and 19.

A second tactic is to help people request property reassessments so that once they save their homes, they can actually afford to stay in them.

While both procedures are fundamental to the foreclosure process, nowhere within the Show Cause proceedings have people been given the option to use them. The activists who were attempting to fill that gap last week were forcibly removed from Cobo Hall by the Assistant Deputy Treasurer, David Szymanski, and a group of police.

A 2008 court ruling determined that it was legal to distribute leaflets and ask people to sign a petition within Cobo Hall, citing First Amendment rights. However, the convention center took on new security policy in 2010, and they have claimed the ruling no longer applies. The foreclosure activists were “allowed” to use the sidewalk, but at a temperature of 19 degrees their task was not an easy one.

With several days of proceedings remaining and many thousands of additional people who still need and deserve help, activists and non-profits are working assiduously to aid as many individuals as possible. But ultimately we need a much broader solution: a moratorium on tax foreclosure of occupied homes in Detroit.

There is a common narrative about Detroit that consistently focuses on the negatives – 80,000 blighted buildings, 30,000 homeless – and those are true reflections of the city. But these statistics belie the fact that there is a great deal still left to save.

The tragedy is that there are active forces of destruction operating in the city right now like a widespread, controlled demolition plan, threatening irreversible damage to this beleaguered metropolis. If nothing else, Detroiters reserve the right to speak up and say: “I object.”