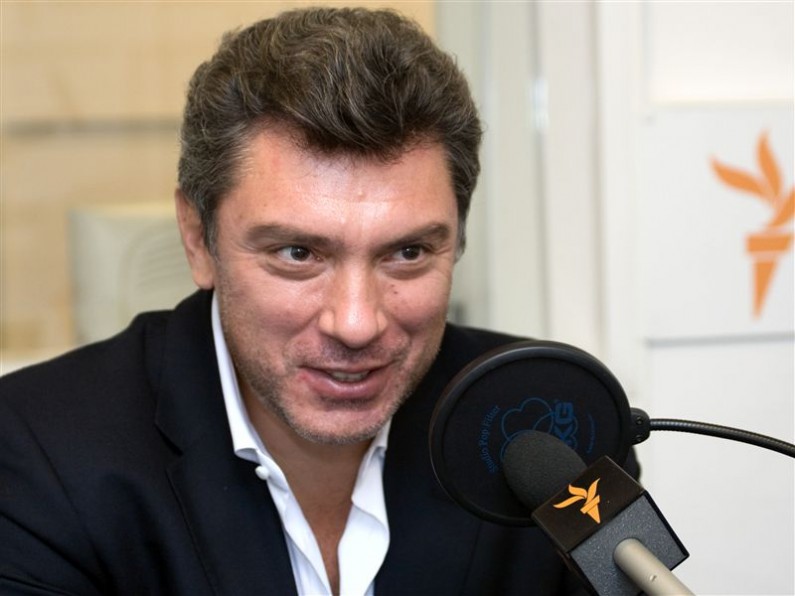 VIA “uk.reuters.com” By Darya Korsunskaya and Katya Golubkova

(Reuters) – Two suspects have been detained over the killing of Boris Nemtsov, Russian officials said, a week after he was shot dead near the Kremlin in the most high-profile killing of an opposition figure in years.

The Investigative Committee, the state body leading the investigation, named the two men as Anzor Gubashev and Zaur Dadayev. Russian President Vladimir Putin had been informed of the detentions, officials said.

“The individuals detained are, according to our investigation, involved in the organisation and execution of the killing of Boris Nemtsov,” the committee said in a statement.

Russian state-controlled media reported the two were from the Caucasus, a violent and impoverished region on Russia’s southern flank. They were expected to be formally arrested at a court hearing in Moscow on Sunday, the reports said.

Since Nemtsov was shot dead on the night of Feb. 27 as he walked home near Red Square, his friends have said they suspect the Kremlin of involvement. Russian officials deny it.

Associates of the 55-year-old Nemtsov said they would only be satisfied when whoever masterminded the killing was behind bars, not just the people who carried it out.

Past high-profile killings in Russia have led to people being jailed for pulling the trigger — often hired hitmen from the Caucasus — while investigators have failed to track down those who ordered the assassinations.

“I want to believe that these ones are really the ones who conducted (the killing) and that once in a while law enforcement worked professionally and detained real assassins, and did not make a mistake,” Ilya Yashin, the co-chairman of Nemtsov’s party, said of the two suspects.

“The key task for investigators is to find and prosecute the ones who ordered this murder. If everything ends with the detention of scapegoats, irrespective of whether they are the real assassins or not, the practise of political assassinations will continue with no doubt.”

Yashin and other associates of Nemtsov said that until Saturday they had never heard of the two men detained.

Nemtsov was a liberal who had served as deputy prime minister in the 1990s and later became a staunch critic of Putin. He was shot within sight of the Kremlin walls as he walked home from a cafe.

It was the most high-profile killing of an opposition figure in Putin’s 15-year rule.

Putin has called the shooting a shameful tragedy and says he will do everything possible to ensure the perpetrators are found and punished.

Investigators have said the killing could have been a provocation to discredit the Kremlin, linked to Nemtsov’s business dealings or his private life, an attack by Islamist militants, or connected to the conflict in Ukraine.

The killing caused shock among Russia’s liberal opposition, but they draw their support only from the relatively small urban middle class. The vast majority of Russians back Putin. For them, Nemtsov was a marginal figure tainted by his role in government in the chaotic 1990s.

Many in the liberal opposition believe the Kremlin stood to gain from Nemtsov’s killing because it will act as a warning to other Kremlin critics that they should stay silent.

Some of Nemtsov’s friends have asked why the police took so long to arrive at the scene of the crime and how someone could fire six shots at him and get away in an area monitored by closed-circuit television footage.

Nemtsov’s closest aide told Reuters that the day before his death he clandestinely scribbled a note to her about how he was investigating the involvement of Russia’s military in fighting in east Ukraine.

No one has produced any direct evidence the Kremlin had anything to do with Nemtsov’s killing.

People from the Caucasus have been named as suspects in other assassinations, including those of Anna Politkovskaya, a journalist critical of the Kremlin, in 2006 and of Paul Klebnikov, a U.S. citizen and journalist with the Russian edition of Forbes magazine, in 2004.

Politkovskaya’s supporters say the Chechens sentenced for her killing were low-level foot soldiers, and that investigators failed to find out who was behind her murder.

Nemtsov’s opposition colleagues have said they refuse to be intimidated by his killing.

They are rarely given air time on state-controlled television, the main source of news for most Russians, and have been unable to unite.

“There will be no let-up in our efforts, we will give up nothing. This act of terror has not achieved its goal,” leading opposition figure Alexei Navalny said on Friday.

Rossiya-24 state TV on Saturday showed the place where Nemtsov died full of flowers, saying people were still bringing them to the bridge, a few hundred metres from the Kremlin.