The Stance – Your Country. Your Money. 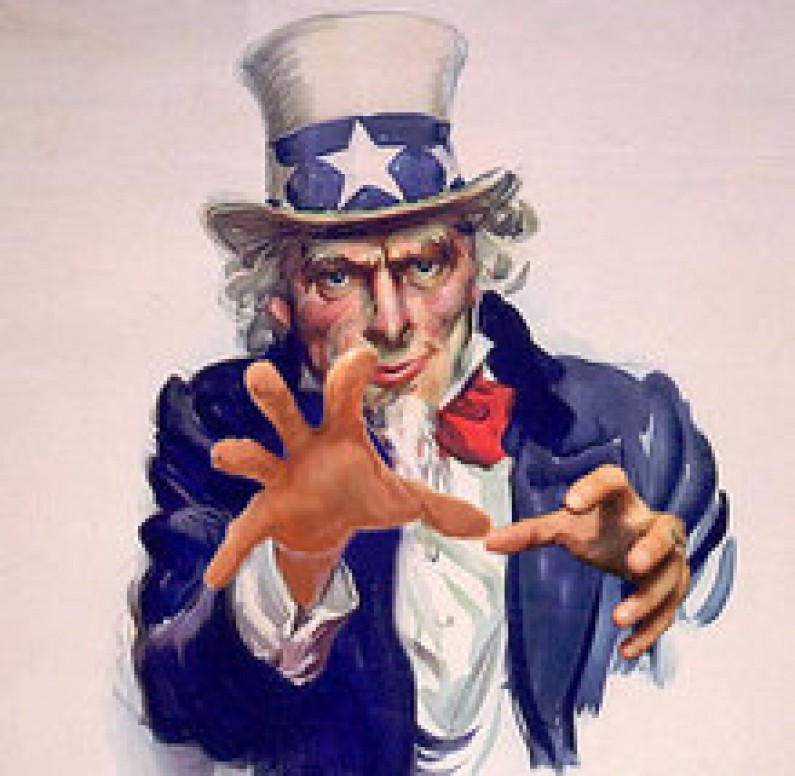 Your Country. Your Money.

“The terrible thing about the quest for truth is that you find it.”-Remy de Gourmont

Since September, we’ve seen a number of factors, including the threat of increased tension in the Middle East, worry over Federal Reserve Policy, government layoffs, and the budget showdown resurfacing from early summer act as both unfavorables and catalysts for this fear-off, fear-on market.

Fear Off -The Dow Jones (15,558) and S&P (3,459) have conquered all-time highs twice since September, while the Nasdaq (3,459) breached its 10 year mark twice in the same period but was unable to rival its run in 2000. Each of the three are currently sitting close to those highs.

Fear On – For the Dow Jones specifically, this is the continuance of a 6 month trend that began in late May, of the new highs met with a retreat back to the its major support level at 14,600-14,800(support level represents a point at which the stock retreats to but generally bounces back from, however if it were to decline further it’s generally understood that the fall could be substantial). The Dow has hit this support level three times since June.

SO WHAT? We believe that the 14,600-14,800 level of support that the Dow Jones Industrial Average is currently holding is an unbelievably important number in predicting the future of this market.

Here’s why. History shows that similar bull market trends within a similar scope of time (currently at the end of a five-yr bull market, 2009-present), such as the 90’s Information Age takeoff (90’s-2001) and the most recent run from 2003-2008 have primarily ended in sharp and frankly, devastating selloffs.

Each time the reversal of these highs gets a little more severe. In 2001 the Dow Jones lost about 4,000 points, in 2008 – about 7,000. They also happen within shorter time periods, the 90’s boom lasting 8-10 years before the tech bubble burst and the bull market before the ’08 recession lasting 5 years.  Where does that leave us? Towards the end of a five year bull market that has made higher highs than the both the market of 2001 and 2008 and will correspond with lower lows.

Remember the thing about the current 14,600 – 14,800 support level? Here’s the thing – as the number of times the support level is successful in stopping a downward trend increase- generally the stronger it becomes. This means that the highs become higher, and the low has potential to become increasingly more severe. The Dow Jones support level is being tested for a fourth time and we believe it’s losing its legs.

WHAT ARE YOU REALLY SAYING?

First, understand something very, very, crucially important. What I have just given you are technical factors and technical factors alone for what will be the most historic stock market shift of all-time. We believe a break in the above-mentioned support level in the Dow Jones met with unsolved global fiscal issues coming to a head will trigger a major selloff.

I avoid using the word crash because it evokes emotion, while we are thinking logically, using charts, facts, and figures.  Again, in this article I have only discussed technical factors and I don’t base my thesis of the coming market selloff ahead of us strictly on these factors.

However, there are countless underlying fundamental, macro-economic and fiscal issues, some of which I’ve discussed in detail in past articles that coincide with these technicals. When fundamentals and technicals line-up – it’s time to start paying very close attention. And that’s exactly what I’m saying, time to watch closely and have a plan if you have any skin in the game at all.

WHAT I’M NOT SAYING.

I am not saying that we are going to crash and burn today, tomorrow, or next week. In fact, read any of what I’ve written and I’ve been preaching, “Don’t Fight the Fed.” I’ve said again and again, while we understand that it is an empty market, we can still take advantage of the policies currently driving the market higher.

The fundamental factors; a Major Global Currency Bubble driven by debt and devaluation and a broke government at risk of defaulting to investors of the global reserve currency are game changing issues that will accompany the technical factors leading to this change. The deadly wild-card is of the amount of fear lingering in the market.

The bottom line is that this is more of an opportunity than anything. You have to look at it that way. Over the next few months we’ll continue working diligently on our strategy to take advantage of the major paradigm shift staring us right in in the face, while detailing further the number one issue – the Global Currency Bubble.

Commentary on this page is for informational purposes only and should not be construed as investment advice. This is not a solicitation or offer for a service or product. No action should be taken solely based upon any information mentioned, as investment strategies vary on a case by case basis and the above mentioned remarks strictly reflect the opinion of the writer. You should seek independent professional advice from a person who is licensed and/or knowledgeable in the applicable area and who can adhere to your specific objectives, situations, and needs.