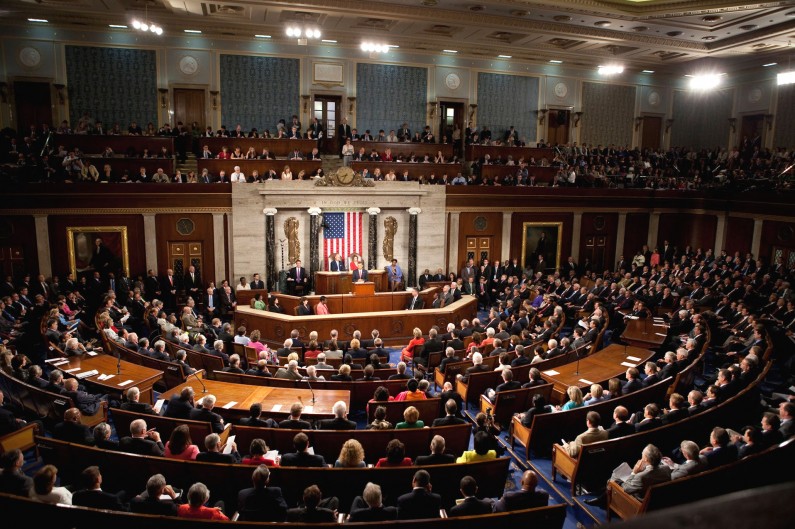 With tax day looming, Americans are once again questioning if they are getting their money’s worth from the most unpopular branch of government: the U.S. Congress. For most, the answer is no. It cost $4 billion last year to operate an institution that managed to spend another $3.5 trillion on our behalf. Meanwhile, the two previous sessions of Congress set unproductivity records (total laws passed), beating every other session since the birth of the statistic back in 1947.

We are involuntarily purchasing a defective product.

What can we do about it? “Throw the bums out”? We re-elect the same folks who deliver the same results 90 percent of the time, yet we despise Congress as a whole. Over the past year, public confidence in the “first branch” has swooned to 7 percent — a record low in the 40-year history of the question posed by Gallup.

Perhaps it’s time to look not just at the players, but also at the rules of the game.

Rules aren’t made to be broken, but in life we do change the rules when common sense compels us to. The time is ripe to apply this logic to our ailing congressional system. In our current legislative branch, we have a quartet of wrongheaded rules that have distorted and degraded the lawmaking process.

First, our election rules rig congressional races. Gerrymandering has been with us for centuries. But researchers have found that the latest round of cynical redistricting, which accounted for a 12-seat House swing in favor of the Republicans, had deeper effects and caused more vote-wasting than any election over the past four decades.

The rigging is not just confined to district scissoring. Americans have been self-sorting geographically, leading to a more politically polarized national map. But this fact gets run through a meat grinder when blended with the rules. Constrictive party primaries strangle competition. We accept winner-take-all elections in single-member districts as ironclad necessities (the Constitution mandates neither of these).

What do we get in return?  Ridiculously predictable election results. In fact, most congressional contests are foregone conclusions and not truly contested. In 2014, the nonpartisan FairVote Center made predictions in 368 of the 435 congressional races — without factoring in polling data or campaign expenditures. They were correct in 367.  The rules and rigging of our elections sustain the stale partisan divide on Capitol Hill, shrink an already threadbare political center, and distort a bedrock principle of American democracy: fair representation. There are better ways to run elections.

Secondly, the U.S. Senate has woven a web of wrongheaded rules that allows a single person, in a nation of 320 million, to grind all legislative business to a halt. Sixty votes are required to break a “filibuster” — making a mockery of the democratic principle of majority rule.

When in the minority, both parties abuse the filibuster to gum up the gears of the government.  And then they complain about it when they’re back in the majority. The filibuster rule must go.

Third, a record sum was spent on the 2014 midterm elections: more than $3.7 billion. And, thanks to Swiss cheese campaign finance rules, today’s cash rush makes the money game of a generation ago seem like child’s play. Former Congressman Tim Wirth, a Colorado Democrat who left office 20 years ago, has described the current environment as “getting paid for political outcomes” and “legalized corruption.”

The exchange of favors in the D.C. political economy may technically be legal, but its distorted ramifications are indisputable. In their extensive research covering 1,800 policy questions in Congress over two decades, researchers Martin Gilens and Ben Page concluded that economic “elites” in the 90th percentile were 15 times as important in determining policy outcomes as average Americans.

Finally, the daily pressure to dial for dollars is most urgent in the House because representatives must run for election every two years — a rule as old as the Constitution. But as far back as 1787, James Madison argued for longer House terms “in a government so extensive for members to form any knowledge of the various interests of the states to which they do not belong, and of which they can know but little from the situation and affairs of their own.”

Madison wrote that in an era when our republic numbered 13 states and congressional districts consisted of roughly 30,000 constituents. Today, each House member represents 700,000 people in a far more complex and interconnected world.  Even 50 years ago, Lyndon Johnson and Dwight Eisenhower bemoaned the anachronism of the two-year rule. Ike made the case in his memoir: “If a congressman is to do his job well these days, he simply cannot be forever running for re-election. Yet this is what the two-year terms compel him to do.”

The brilliance in our republican form of government is axiomatic, but no system of rules is perfect.  Thomas Jefferson made this clear one year before ratification of the Constitution: “Happy for us, that when we find our constitutions defective and insufficient to secure the happiness of our people, we can assemble with all the coolness of philosophers, and set it to rights.”

Yes, Congress is a mess. Defective. But it serves no purpose to label them all “fools.” Instead, we the people must examine, diagnose and, where appropriate, start pushing to reform the rules.

Michael Golden is the co-founder of One Million Degrees (a nonprofit college scholarship program) and author of the new book “Unlock Congress: Reform the Rules – Restore the System.”