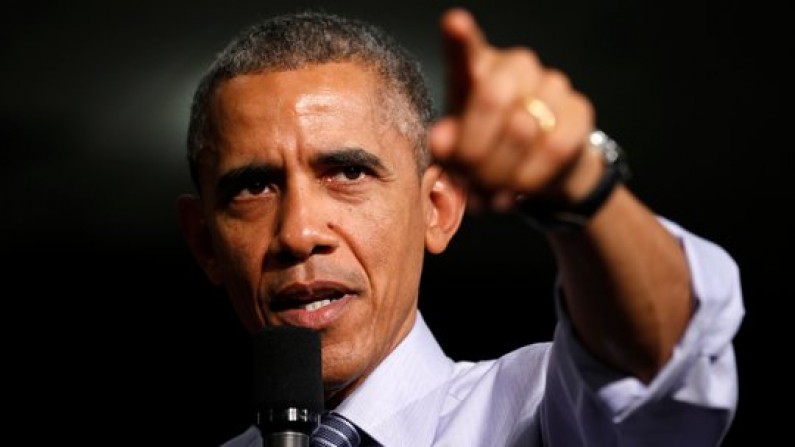 VIA “nytimes.com” by Michael D. Shear

WASHINGTON — President Obama personally added a reference to the Crusades in his speech this week at the National Prayer Breakfast, aides said, hoping to add context and nuance to his condemnation of Islamic terrorists by noting that people also “committed terrible deeds in the name of Christ.”

But by purposely drawing the fraught historical comparison on Thursday, Mr. Obama ignited a firestorm on television and social media about the validity of his observations and the roots of religious conflicts that raged more than 800 years ago.

On Twitter, amateur historians angrily accused Mr. Obama of refusing to acknowledge Muslim aggression that preceded the Crusades. Others criticized him for drawing simplistic analogies across centuries. Many suggested that the president was reaching for ways to excuse or minimize the recent atrocities committed by Islamic extremists.

“I’m not surprised, I guess,” said Thomas Asbridge, a medieval historian and director of the Center for the Study of Islam and the West at the University of London. “Any use of the word ‘Crusade’ has to be made with great caution. It is the most highly charged word you can use in the context of the Middle East.”

They described the president as eager to use the prayer breakfast to make people think about the need to stand up against those who try to use faith to justify violence, no matter what religion they practice.

Still, White House officials said the president did not expect to start a full-throated, daylong debate about the Crusades. And they expressed surprise that a single sentence in the speech had generated such an outcry.

“What he wanted to do is take on perversions of religions that are out there,” a senior White House adviser said, requesting anonymity to discuss the president’s speechwriting process. “He wanted to make the point that this isn’t the first time we’ve seen faith perverted and it won’t be the last.”

The first and loudest response to Mr. Obama’s remarks came from partisans, who accused the president of offending millions of Christians with an ill-considered comparison of the Islamic terrorist threat to the territorial attacks in Europe in the 11th century.

But the conversation quickly moved beyond the usual suspects. Many of the commentators on Friday came to the defense of the Crusades, arguing that the brutal sweeps through Europe were a reaction to previous Muslim advances.

Mr. Asbridge, who has written a series of histories of the period, said that view of the Crusades is held by relatively few historians. Most believe, he said, that the Christian Crusades were attempts to reclaim sacred territories, rather than reaction to Muslim actions more than 450 years earlier.

“I don’t necessarily have a problem with President Obama attempting to remind people that there is a history of violence by Christians,” he said. “But we have to be very careful about judging behavior in medieval times by current standards.”

Deborah E. Lipstadt, a professor of modern Jewish history at Emory University, said the president’s remarks seemed to be an attempt to avoid alienating Muslims by blaming their religion for groups like ISIS.

She said the remarks at the prayer breakfast will rightly bolster critics who insist that Mr. Obama should simply say that the United States is at war with Islam.

“He has bent over backwards to try to separate this from Islam,” Ms. Lipstadt said. “Sometimes people try to keep an open mind. And when you have too open a mind, your brains can fall out.”

In Mr. Obama’s remarks at the breakfast, he also managed to anger people in India, just days after being hosted by the country’s leaders during a three-day trip to New Delhi. In the speech, Mr. Obama called India “an incredible, beautiful country,” but he added that it is “a place where, in past years, religious faiths of all types have, on occasion, been targeted by other peoples of faith, simply due to their heritage and their beliefs — acts of intolerance that would have shocked Gandhiji.”

Eric Schultz, the deputy White House press secretary, said Friday that he had no response to critics of Mr. Obama’s speech, but he described the president’s remarks as in keeping with his “belief in American exceptionalism,” which stems in part from “holding ourselves up to our own values.”

“So the president believes that when we fall short of that, we need to be honest with ourselves and look inward and hold ourselves accountable,” Mr. Schultz said. “What I think the president was trying to say is, over the course of human history, there are times where extremists pervert their own religion to justify violence.”