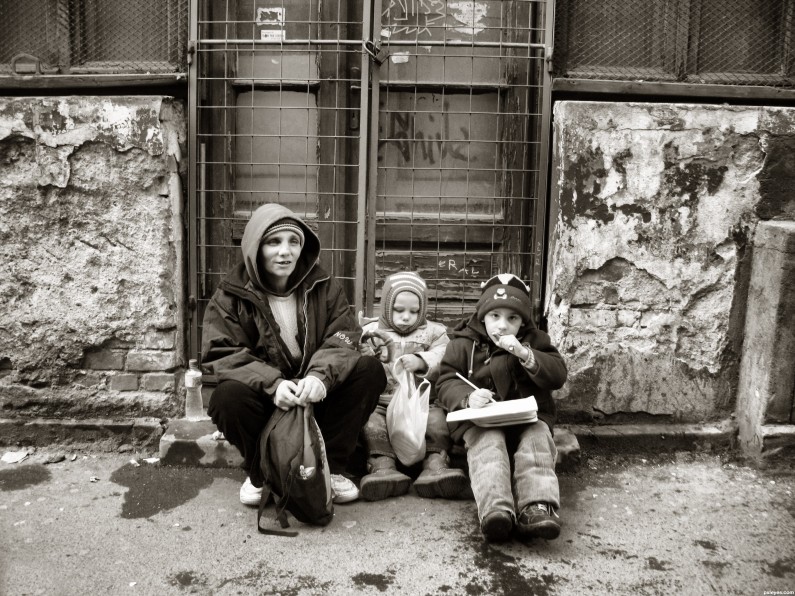 VIA “nationofchange.org” by Carl Gibson

It is much more cost-effective to build public, low-income housing for the homeless than it is to leave them on the street. This was proven in Salt Lake City, Utah. The only thing we’re lacking is the political leadership willing to abolish homelessness for everyone, nationwide.

“Give me your tired, your poor, your huddled masses yearning to breathe free, the wretched refuse of your teeming shore. Send these, the homeless, tempest-tost to me, I lift my lamp beside the golden door!”

For the perfect image summarizing how cities are failing to address chronic homelessness, here is a 2013 video of Hawaii state representative Tom Brower smashing homeless people’s possessions with a sledgehammer while wearing an Armani hat. If that made you angry, keep reading. There is hope.

There are between 580,000 and 800,000 people around the country who are considered homeless. Roughly 84,000 of those are considered “chronically homeless,” meaning that they’ve been homeless for more than a year, and are struggling with mental health conditions, disease, injury, and addiction. The repeated emergency room visits and nights in jail that the chronically homeless endure costs around $30,000 to $50,000 per person, per year – approximately $3 billion annually. At the same time, there are approximately 18 million vacant homes all over the U.S., many of which were made vacant after Wall Street built and burst the subprime mortgage bubble. After doing the math, there are between 20 and 24 vacant homes for every homeless person. What’s wrong with this picture?

187 cities across America have effectively made it a crime to be homeless. While some cities, like Palo Alto, California, have made it illegal to sleep in public, other cities, like Fort Lauderdale and 24 other cities, have made it illegal to even feed the homeless. And in Waikiki, Hawaii are even launching programs aimed at giving homeless people one-way tickets out of town. Waikiki’s initiative to fly just 120 homeless people back to the mainland cost carried a price tag of $1.3 million. San Diego’s initiative only targeted a few hundred, and required them to first carry out community service tasks before getting a bus ticket to a city where the homeless person had a relative– reinforcing the false narrative that the only thing homeless people need to fix their situation is a little hard work, by gosh.

These types of “solutions” have been proven to fail every time in permanently solving the problem of chronic homelessness. One study cited by Mother Jones tracked 4,679 chronically homeless people in New York City and found that their emergency room visits, jail costs, shelter stays, and other uses of public welfare programs cost, on average, $40,449 per person, per year. When they were put in supportive housing, the state saved $16,282 per person. Denver conducted a similar study and found that for each homeless person given supportive housing, taxpayers saved $17,858 per person each year over a two-year period. And according to a Mother Jones infographic, support housing for a homeless person in Los Angeles’ Skid Row cost taxpayers just $605 per person, per month, as opposed to $2,897 per person per month if they remained on the street.

Salt Lake City’s program to end chronic homelessness has had enormous success, housing almost 2,000 chronically homeless people in a new apartment complex. The city learned that while it cost $20,000 per person, per year to leave them on the streets, taxpayers saved $8,000 per person when they were moved into the new apartments. Added benefits of homeless people getting a home accumulating over the long term also mean that taxpayers save more money on fewer emergency room visits (as well as time saved while waiting for treatment at the ER), and that police are able to respond faster without having to enforce anti-homelessness laws. KUER’s Whittney Evans reported in January that several hundred more temporary housing units are to be built throughout Salt Lake City for the local homeless population.

So how did ultra-conservative Utah agree to pay for this? They didn’t – existing federal government programs fronted almost all of the cost.

For starters, the federal low-income housing tax credit paid for 90 percent of the construction – these tax credits are for banks and other financial firms that agree to front the capital to build the new apartments. Once people have been moved into their new apartments, the costs of rent and building maintenance are covered by Section 8 vouchers, which the Department of Housing and Urban Development already provides to low-income individuals and families unable to pay fair-market rent. The remaining costs are provided by charitable organizations, like Habitat for Humanity, along with local/state tax dollars.

Doing the math, it isn’t hard to see how much more cost-effective it is to build public, low-income housing for the homeless than it is to leave them on the street. Phoenix, Arizona became the first city to officially eradicate veteran homelessness. New Orleans did the same thing earlier this year. 300 mayors and six governors around the country have pledged to find homes for all homeless veterans by the end of 2015. The only thing we’re lacking is the political leadership willing to abolish homelessness for everyone, nationwide.