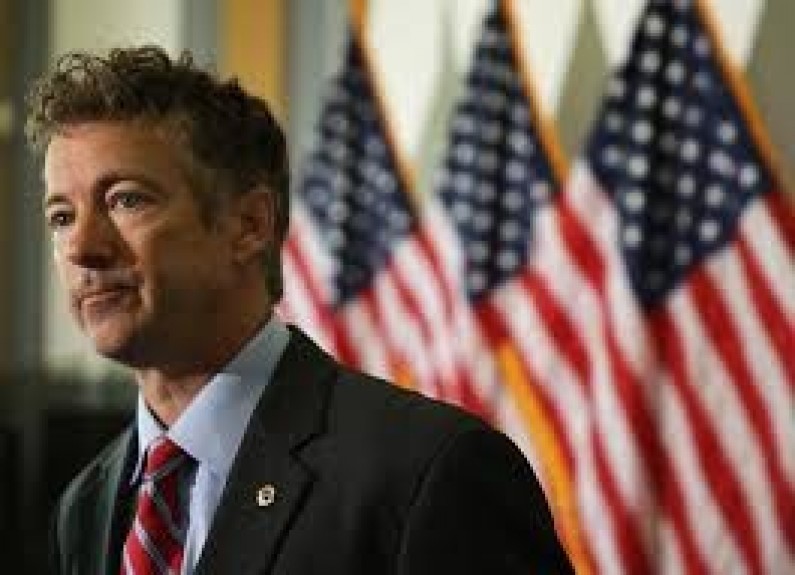 VIA “realclearpolitics.com” by Scott Conroy

CONCORD, N.H. – When he’s working a room, Rick Perry moseys and struts, doling out one firm handshake and “Good on ya” after another.

Chris Christie likes to bombard his crowds with bear hugs and kisses on the cheek, impressing everyone with his ability to recall the names of people he’s met only once or twice before.

Rand Paul—well, he just kind of stands there with his hands in his pockets, quietly chatting with supporters in a monotone murmur that gives the impression he may be just a little bit bored.

Few personal characteristics are as vital in running for president as charisma: that indefinable, know-it-when-you-see-it glow that allows some politicians to command a room without even trying.

Ronald Reagan had it. So did Bill Clinton, George W. Bush and Barack Obama.

Even when they were just candidates and not yet the most powerful person on earth, each of these men had a style of retail campaigning that was instantly appealing and energizing.

The same cannot be said for Paul, who is likely to become a top-tier candidate for the Republican presidential nomination, in spite of—or perhaps, somewhat paradoxically, because of—his noticeably subdued demeanor.

Paul is no showman, and he doesn’t try to be.

In the stage performance that is the modern-day presidential campaign trail, the senator from Kentucky often comes across less as a lead actor and more like an extra who blends in with the crowd.

It’s not that Paul is incapable of commanding a room when he’s standing behind a microphone.

He can deliver a stem-winder with the best of them and is particularly adept at reading a crowd to hit on the policy points and rhetorical flourishes that he knows will elicit the biggest responses.

But when he’s shaking hands and posing for photos—a time-consuming necessity of running for president that is particularly essential in New Hampshire—Paul often comes across as a bit aloof, especially in comparison to many of his fellow 2016 GOP contenders.

It’s a limitation that his political team sees as a strength.

“He’s not a back-slapper, but that doesn’t mean you don’t like talking to people,” said Paul’s top political adviser, Doug Stafford, who accompanied the senator during a multi-stop swing through southern New Hampshire on Wednesday. “There are a lot of times politicians come into a state and they do two speeches from a stage, they take a few pictures on the rope line and they’re gone. And yet, they somehow ‘enjoy retail politics.’ He probably talked to 200 people today one to one.”

Indeed, Paul almost always stays in the room until the last person who wants to talk to him has a chance to do so—journalists included. In this respect, his tact has been somewhat reminiscent of the free-wheeling style that John McCain carried to a surprising 19-point victory over George W. Bush in the 2000 New Hampshire primary—a campaign that remains to this day Exhibit A for how to run effectively in the Granite State.

Like McCain did 15 years ago, the somewhat slight-in-stature Paul tends to leave a light footprint wherever he goes.

On Wednesday, Stafford was one of only three staff members who accompanied the senator to four public events, all of which attracted sizable crowds.

Throughout the day, the typical campaign trail admonishments from staffers of “Last question!” or “Please step back” were nonexistent among Paul’s aides, who generally kept their distance.

The overall effect of this low-key approach is that Paul’s interactions with voters tended to be in the realm of real conversations about issues, rather than the rapid-fire “Glad to be here’s” and “Good to see ya’s” that are more typical on the trail.

Paul’s aides point to the likely candidate’s career in medicine as having trained him in how to engage with people sincerely without leaning on canned answers and stale small talk.

“If somebody’s sitting in the room with you and you’re a doctor, you can’t answer their problem unless you’re really listening to them, or you’re not a good doctor,” Stafford said.

Paul’s penchant for avoiding the usual tropes of life on the trail carries with it a heavy dose of political peril.

On Wednesday, for instance, Democrats jumped into full-fledged public outrage mode after the GOP senator suggested during his first stop of the day that more than half of people who receive federal disability assistance were undeserving of it.

But though it won’t make many headlines, Paul’s style could become almost as consequential as his substance.

He tends to speak in a droning monotone and does not laugh, or even smile, as easily as most of his political peers.

And he tends to feed off of the vibe in the room, rather than setting the tone himself.

“Should we do one main subject or many subjects?” he asked, while waiting to be introduced at a Concord sports bar owned by a supportive state senator, Andy Sanborn.

For many of his strongest backers like Sanborn, Paul’s unwillingness to affect insincere fervor for the drudgeries of campaigning is a selling point.

“I talk to people who are like, ‘What’s Rand like, you know, when the cameras are off?’” Sanborn said. “I mean, look, he’s one of us—just a normal, everyday guy with scabs on his knees and dirt under his fingernails. I love that he always shows up in a pair of Levi’s.”

At this remark, a few chuckles broke out among those in the room who noticed that Paul was, on this particular day, wearing a wrinkled suit, rather than dusty denim.

But therein lies the everyman appeal that Sanborn was getting at, despite his unfortunate reference to the would-be candidate’s absent blue jeans.

Paul comes across not as someone who would don a pair of Levi’s to affect spontaneous informality.

Instead, he seems instead like the guy who tends to grab whatever pair of pants happened to be crinkled up in a ball within arm’s reach of his closet that morning.

As his long day in public was nearing its end on Wednesday and Paul was showing obvious signs of weariness, an aide informed him that he had just three more interviews remaining on the docket.

“Tell them they get one question each,” Paul replied emphatically. “And maybe one follow-up.” He was reaching his saturation point.

And when each of the designated reporters proceeded to go well over their allotted time, Paul shot a few perturbed glances at his press aide in the universal sign of  “Get me out of this.” Still, he answered each and every inquiry.

Once this last round of questions was finally complete, Paul opted for a variation on the Irish exit and made his way down the stairs without stopping to say more farewells to the supporters who remained on hand.

Just as he was making his way out the front door, he agreed to one last question about whether New Hampshire’s privileged role in the presidential process was justified.

It was the kind of softball that has only one right answer for a man who wants to become president—and Paul delivered his response in a tongue-in-cheek manner that made clear he was in on the joke.

“Oh, absolutely,” the senator deadpanned. “We looooove New Hampshire, and we love whatever New Hampshire wants.”

Before he stepped back into his Suburban though, Paul forced himself to expound on that thought in a manner that no one could misconstrue as being facetious.

“Seriously, what I would say is in having primaries start in smaller states, there is a more personal thing,” he said. “It also gives people who may not be necessarily the establishment pick a chance.”