It’s been a largely debated topic in the 2016 presidential election. On one hand, we see amazing companies building phenomenal products we all use & love, the by-product of the American Dream… American Capitalism; production for profit, consumerism and the inherent right & freedom to have no limitations on your personal success or wealth. On the other, we see an oligarchic breed of global elite: the wealthy who use their personal talent for developing massively successful enterprises to hoard wealth, control of information & popular opinion. So, which way towards truth?

The objective of the article is to try to find this truth by attempting to present a logical prediction of Capitalism’s future through a brief analysis of the economic systems that lead to Capitalism and both pro and con support of it.

Capitalism can be defined simply as an economic system characterized by private ownership of the means of production and distribution, private property, voluntary exchange by individuals, and the prohibition of force, fraud or coercion.

Capitalism’s Origin: In a snapshot 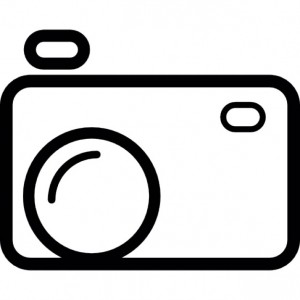 American Capitalism as we see it today evolved from more primitive versions of economy used throughout history. As human intellect, technology, and just about all forms of useful innovation evolved, so did the systems that were produced from them.

So, let’s start there… in the opaque time in human history before written records, commonly known as pre-history. It was here where systems of trade, reward, and labor first came into existence and when we began to domesticate plants and animals, allowing for better control of tangible goods & assets… yielding more profitable “harvests”. This was the origin of what we now know as an economy.

Next, The Middle Ages (400 A.D.-1400) and good ol’ Feudalism: defined as a social system in which the nobility held lands handed to them from the Crown in exchange for military service and “vassals”(serfs, servants) who were tenants of the nobles. Peasants were obliged to live on their lord’s land and give him homage, labor, and a share of the produce, notionally in exchange for military protection.

Due to the nature of this systems interdependence, it saw a distinctive lack of pliability and ultimately failed. This stiffness, if you will, was most notable during The Black Plague (1346-53), in which a shortage of serfs who had died as a result of the plague forced nobles to seek out and train workers with the skills they needed and to pay them in currency rather than military protection, land rights, etc.

After about a century of transition, the 1500’s saw the emergence of Mercantilism. Mercantilism was basically a fraudulent economic system used by powerful colonial nations who sought to create trade imbalances favorable to themselves and in turn offered protection for creating these trade “opportunities.” A famous example of this was Great Britain and her colonies in America, in which England would take in raw materials from her colonies and sell back the finished products that Americans would use a pseudo-currency to pay for, effectively preventing America from trading with other countries and gaining economic independence.

One famous father figure in economic history, Scottish philosopher Adam Smith (1723-1790), saw the flaw in this system for its regressive nature in it actively preventing the world from advancing. From here he proposed the idea of a Free Market, in which we saw the emergence of Capitalism.

This proposal fit well with a concurrent mechanization of industry, known as the industrial revolution (1760-1840). This revolution saw the meeting of more efficient means of production with a surplus in labor, which was a major boon for advancement and created new money tycoons such as Andrew Carnegie and John D. Rockefeller. This shifted the previous old money paradigm that had dominated for centuries, seeing the opportunity to become wealthy without family privilege and inheritance now a reality.

Through the release of this chokehold old money had on the global economy, America saw the formation of a middle class as lower class folks earned increasing wages and opportunity through labor unions and free market competition.

The Pros & Support for Capitalistic Economy:

While not without controversy, here are some of the common arguments for a Capitalist economic system:

Next: The Problems, Cons, and Criticisms of Capitalism. 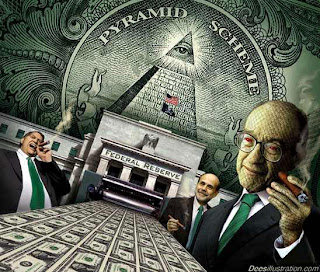 So, where to next? The Synthesis / Semi-Solution

In truth, to attempt to offer a true solution to America’s economic systemic problems within only a short article would be incredibly presumptuous. This is a gigantically complex predicament. The purpose has been to get the reader to think outside of the box, acknowledge the assets & shortcomings of each system and then consider the first steps to a new solution. The one thing that is blatantly clear is that we are dealing with a serious problem and THE SOLUTION  is in neither system, by itself. We can’t to resort to total Socialism: a system that has repeatedly tried and failed at every attempt throughout history. This system ensures the decimation of America’s middle class. It’s also not to continue down the same path we’re currently on, a synthetically driven form of Casino Capitalism driven by the wealthy, which is leading to ultra wealthy capitalists controlling more and more. We need a new economic system that encourages performance based production but truly lends itself to the entire population and thus restores a chance at true middle class prosperity.

As a contributor to this article – I feel compelled to finish with this:

I believe in absolute freedom. Stripped of as much regulation and law as reasonably possible. However, I recognize how unrealistic that is in the modern day. As such, I elect to choose a side (big govt or big business, both of which I would ideally not support) and feel that while govt is bloated, sometimes inefficient and way too compartmentalized it potentially has the ability to better the lives of all Americans. This is not to say that one must choose a side, that is simply my own decision. The polarizing nature of modern politics is quite unfortunate indeed.

In terms of big business, I do not view corporations as people and as such do not see them nor the free market as being the great equalizer that the right sees it as (I personally lean a little left). I do not think, based upon my own discovery, that less govt is the solution to wealth disparity and ultimately releasing the chokehold the elite (or whatever you might call it) has on our lives. Their power is in their money.

I’m young and perhaps under-educated (I wasn’t a very studious kid), but I feel a sense of social responsibility that compels me to involve myself politically and do so in an open-minded manner. The point of this article is not to necessarily come to a conclusion: but to show that in order to find answers we must objectively explore the merits & degradation’s of both sides of an argument… and move forward bravely.

Semi-Socialist gnat
Contributor @ UnitedStill.com
*disclaimer: these views may not represent the founding principles of UnitedStill.com, but in the nature of free speech and effective solution searching: we do encourage argumentative but unbiased contributions that explore both sides of a predicament and offer a reasonable synthesis… to bring people together rather than pushing them apart in today’s world.