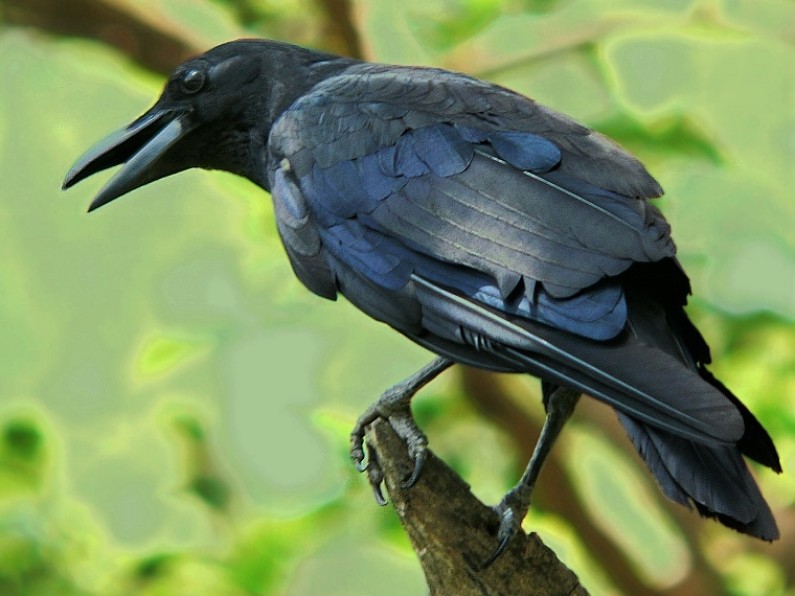 Doubt a crow’s intelligence? You won’t after seeing this sneak peek for a new “Inside the Animal Mind” BBC special..

There has long been speculation about the intelligence of animals, and birds in-particular. Birds have demonstrated an ability for advanced strategy for things like feeding, nest-building and scavenging. This, however, proves that birds are even more intelligent than we thought. For the first time ever, BBC puts the bird-brain to the test and the results are remarkable.

Crows make tools, play tricks on each other, and caw among kin in a dialect all their own. These are just some of the signs presented in a recent book that point to an unexpected similarity between the wise birds and humans.

“Species don’t have to be related for there to have been some purpose, some reason, some evolutionary advantage for acquiring shared characteristics,” she added.

Savage’s book, Crows: Encounters with the Wise Guys of the Avian World (October 2005), explores the burgeoning field of crow research, which suggests that the birds share with humans several hallmarks of higher intelligence, including tool use and sophisticated social behavior. The shared traits exist despite the fact that crows and humans sit on distinct branches of the genetic tree. Humans are mammals. Crows are birds, which Savage calls feathered lizards, referring to the theory that birds evolved from dinosaurs. “I’m not positing there’s anything mythological about this or imagining crows are in any way human,” she said. “But whatever it is that has encouraged humans to develop higher intelligence also seems to have been at work on crows.”