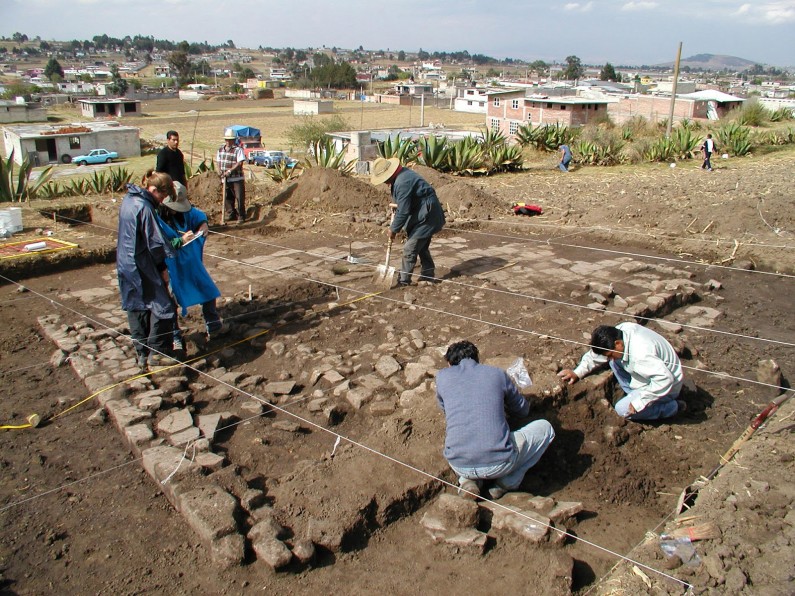 As archaeologists explore ancient historical site, their finding are often of a grim nature. Everything from mass graves to mysterious creatures. Here are some archeological finds from all over the world that are shocking to say the least.

1. The Headless Vikings of Dorset

In Dorset, England railroad workers stumbled up a mass grave of fighting-age Scandinavian men who all had one thing in common: They were missing their heads. Experts speculate that the men were executed by their own people for some infraction they committed.

2. Babies in the Bathhouse

Researchers who were investigating the ancient structures of a Roman/ Byzantine bathhouse in Israel were shocked to find the bones of hundreds of babies in the bathhouse’s sewage system. No one know why or how the bones got there.

3. Spike to the Skull

While excavting a lakebed in Motala, Sweden scientists found several skulls that had spike driven through them. Some of the skulls even had pieces of other skulls inside of them. The scene was estimated to be over 8,000 years old.

4. The Claw of the Mount Owen Moa

A very well preserved limb was found inside of a cave system on Mount Owen in New Zealand in 1986. At first, the limb was believed to belong to a bird, but it was later determined that it belongs to a prehistoric creature known as an Upland Moa.

In ancient times if someone was believed to be a vampire, when they died cement was poured into their mouths along with a brick. This was supposed to prevent them from biting anything if they were to rise from the dead.

Even though leprosy isn’t very contagious, lepers have always gotten a bad rap throughout history. In India a skeleton was discovered that was largely intact, despite the hindu tradition that calls for cremation. This suggests that the man was an outcast if he didn’t receive the normal burial rights.

Finding mummies in marshes and bogs is not uncommon, although this extremely well preserved mummy left some clues about his death. The mummy has a very clear slash across his neck, suggesting that he was sacrificed.

in 2010 scientist in Spain found the remains of 3 adult females, three adult males, and three teenaged neanderthal skeletons that showed signs that they were eaten by another group od neanderthals. Being a caveman was tough!

During an excavation of a home estimated to be about 11,500 years old, researchers discovered the charred remains a 3-year-old child in the homes hearth. It appeared that the home was abandoned after the cremation.

About 2,000 years ago, a group of 20 or so ancient Roman soldiers were subject to a particularly gruesome demise during the siege of the Syrian town of Dura. The Romans thought it smart to dig tunnels and try and intercept the intrusive Persians, who were digging their own tunnels. The Persians left a trap of a petrochemical concoction that would have likely turned the Romans’ lungs to acid.