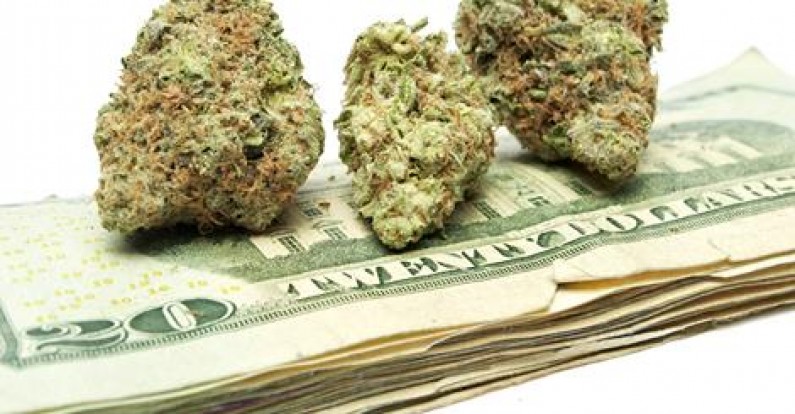 DENVER — Colorado’s marijuana experiment was designed to raise revenue for the state and its schools, but a state law may put some of the tax money directly into residents’ pockets, causing quite a headache for lawmakers.

The state constitution limits how much tax money the state can take in before it has to give some back. That means Coloradans may each get their own cut of the $50 million in recreational pot taxes collected in the first year of legal weed. It’s a situation so bizarre that it’s gotten Republicans and Democrats, for once, to agree on a tax issue.

Even some pot shoppers are surprised Colorado may not keep the taxes that were promised to go toward school construction when voters legalized marijuana in 2012.

“I have no problem paying taxes if they’re going to schools,” said Maddy Beaumier, 25, who was visiting a dispensary near the Capitol.

But David Huff, a 50-year-old carpenter from Aurora, said taxes that add 30 percent or more to the price of pot, depending on the jurisdiction, are too steep.

“I don’t care if they write me a check, or refund it in my taxes, or just give me a free joint next time I come in. The taxes are too high, and they should give it back,” Huff said.

Legal weed has collided with the tax limitation movement because a 1992 voter-approved constitutional amendment called the Taxpayers’ Bill of Rights requires all new taxes to go before voters.

The amendment also requires Colorado to pay back taxpayers when the state collects more than what’s permitted by a formula based on inflation and population growth. Over the years, Colorado has issued refunds six times, totaling more than $3.3 billion.

Republicans and Democrats say there’s no good reason to put pot taxes back into people’s pockets, and state officials are scrambling to figure out how to avoid doling out the money. It may have to be settled by asking Colorado voters, for a third time, to cast a ballot on the issue and exempt pot taxes from the refund requirement.

Republicans concede that marijuana is throwing them off their usual position of wanting tax dollars returned to taxpayers. But they also tend to say that marijuana should pay for itself — that general taxes shouldn’t pay for things like increased drug education and better training for police officers to identify stoned drivers.

“I think it’s appropriate that we keep the money for marijuana that the voters said that we should,” said Republican Senate President Bill Cadman. His party opposes keeping other refunds based on the Taxpayers’ Bill of Rights but favors a special ballot question on pot taxes.

“This is a little bit of a different animal. There’s a struggle on this one,” said Sen. Kevin Grantham, one of the Republican budget writers.

After legalizing marijuana in 2012, Colorado voters returned to the polls the following year and approved a 15 percent excise tax on pot for the schools and an additional 10 percent sales tax for lawmakers to spend.

Voters were told those taxes would generate about $70 million in the first year. The state now believes it will rake in about $50 million.

But because the economy is improving and other tax collections are growing faster, Colorado is obligated to give back much of what it has collected. Final numbers aren’t ready, but the governor’s budget writers predict the pot refunds could amount to $30.5 million, or about $7.63 per adult in Colorado.

The head-scratching extends to Colorado’s marijuana industry. Several industry groups actively campaigned for the pot taxes but aren’t taking a position on whether to refund them.

Mike Elliott of the Denver-based Marijuana Industry Group said it isn’t pushing for lower taxes, but that’s an option lawmakers don’t seem to be considering. State law doesn’t bar lawmakers from cutting taxes without a vote.

Lawmakers have a little time to figure out how to proceed. They’ll consider pot refunds and a separate refund to taxpayers of about $137 million after receiving final tax estimates that are due in March.

When they talk about pot refunds, they’ll have to figure out if the money would go to all taxpayers, or just those who bought pot. Previous refunds have generally been paid through income tax returns, but Colorado also has reduced motor vehicle fees or even reduced sales taxes on trucks.

Lawmakers seem confident that the refund mechanism won’t matter because voters would approve pot taxes a third time if asked.

“This is what the voters want, and if we’re going to have (pot), and the constitution says it’s legal, we damn well better tax it,” Steadman said.