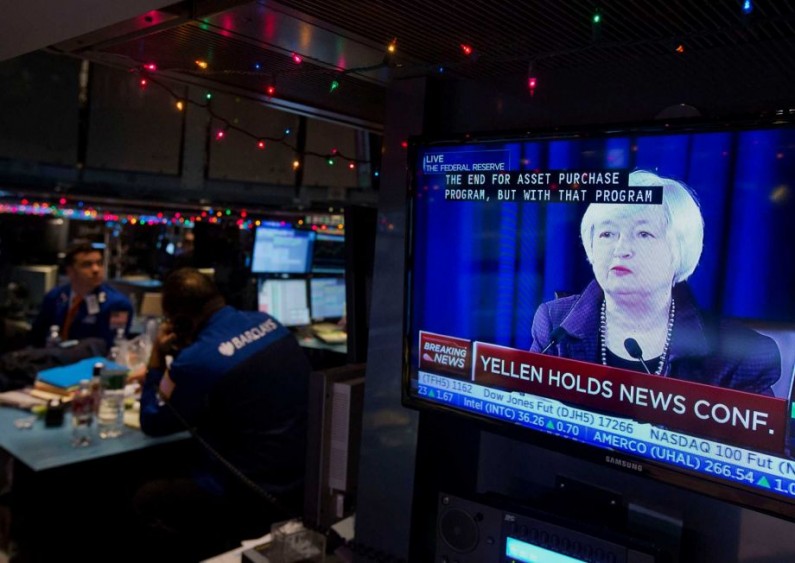 The word to sum up this week’s domestic economic indicators is “patience.”  This is the word that the Fed has adopted as a mantra.  The FOMC minutes were released this week and it seems to show that the Fed is unsure what to do next.  The economy is making a turnaround in their opinion, so traditional monetary policy would say it is time to start raising interest rates.  However, the Fed is afraid that if they take away the easy money the economy will go into a tail spin.  This along with an anemic inflation rate nowhere near where Janet Yellen wants is contributing to the Fed just sitting on the sidelines.  To some degree you can’t blame them since the rest of the world seems to be in an economic downturn and the U.S. for the most part is weathering the storm fairly well.  Other indicators this week showed that the labor market is still the brightest spot in our economy with initial jobless claims falling.  The producer price index which is used to gauge inflation was down for the third straight month hinting at a deflationary trend which is the last thing the Federal Reserve wants.  Two housing indicators were released and while the numbers weren’t spectacular it showed that the housing market is doing well.  The final indicator that is having more and more of an impact on our economy is the EIA petroleum status report.  U.S. inventories of crude keep rising to record highs as the global supply of oil continues to grow while demand has fallen off.  It seems the standoff between the U.S. and Saudi Arabia will continue as both refuse to cut supplies and the price of crude hovers around $50.