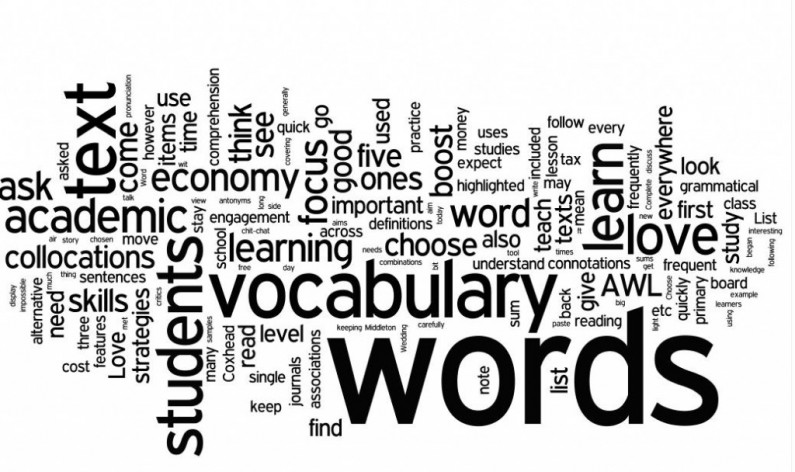 VIA I Heart Intelligence by Justin Gammill

It’s weird to think that in our evolution as humans; speech has become so complex, yet we are always creating new words. In the first quarter of 2015 alone, there were roughly 500 words added to the Oxford English Dictionary. But how many of those words are relevant? I’ve put together a list of just 30 words thanks to Urban Dictionary and Bored Panda, that will make an excellent addition to your everyday vocabulary:

1. Askhole: (n) Someone who asks many stupid, pointless, or obnoxious questions.

2. Bedgasm: (n) The feeling of euphoria experienced when climbing into bed at the end of a very long day.

3. Masturdating: (n) Going out alone to a movie or restaurant.

4. Chairdrobe: (n) Piling clothes on a chair instead of a closet or dresser; see also “Floordrobe”

5. Texpectation: (n) The anticipation felt when waiting for a response to a text.

6. Cellfish: (n) an individual who continues talking on the phone so as to be rude or inconsiderate of other people

8. Destinesia: When you get to where you were intending to go, but forget why you were going there in the first place.

9. Errorist: (n) Someone who repeatedly makes mistakes, or is always wrong.

10: Carcolepsy: (n) A condition where a passenger falls asleep as soon as the car starts moving.

11. Hiberdating: (v) When a person completely ignores their friends in favor of a boy/girlfriend

12. Ambitchous: (adj) Striving to be more of a bitch than the average bitch.

13. Youniverse: (n) Used to indicate that a person has knowledge only of himself; their universe consists only of them.

15. Columbusing: (n) When white people claim to have discovered something that has been around for years, decades, or centuries

16. Unkeyboardinated: (adj) The inability to type without making repeated mistakes.

17. Afterclap: (n) The last person who claps after everyone has stopped.

18. Beerboarding: (n) Extracting secret information from a colleague by getting them drunk.

21. Epiphanot: (n) An idea that seems like an amazing insight to the conceiver, but is, in fact pointless, stupid, mundane, or incorrect.

22. Unlightening: (v) Learning something that makes you dumber.

24. Doppelbanger: (n) Someone who has sexual intercourse with someone that looks identical to them, but is not related.

25. Nomonym: (n) A food that tastes just like another food.

26. Irrightional: (a) Someone who irrationally believes they are alway right.

27. Cupidity: (n) The really stupid things you do when you are in love.

30. Wanderlust: The desire to travel and see new places.