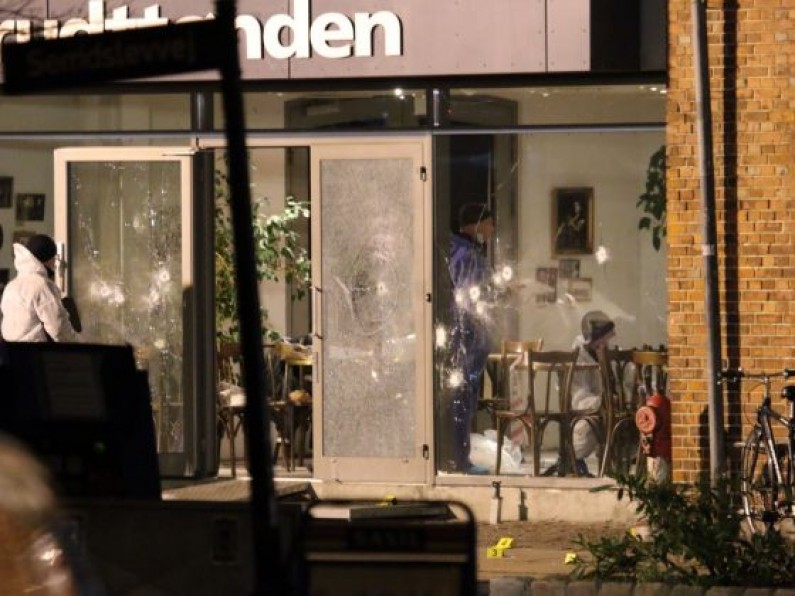 VIA “Bloomberg.com” by Frances Schwartzkopff

(Bloomberg) — Danish Prime Minister Helle Thorning-Schmidt said the gunman who attacked a free-speech event and a synagogue in Copenhagen over the weekend probably wasn’t part of an organized cell.

“There’s no indication” of that, she said at a press conference on Monday, at which she identified as a Danish citizen the man thought to be behind what she described as acts of terror.

Police killed a 22-year-old suspect during a gunfight on Sunday, ending a shooting rampage that left dead a 55-year-old film maker and a 37-year-old Jewish man guarding a synagogue while wounding five police officers. Police have since arrested two men under suspicion of having assisted the suspect.

Security services are continuing their investigation as they try to piece together what led to the killings. “We would very much like to get in contact with more witnesses that have seen the perpetrator,” police said in a statement. They have so far declined to name the suspect.

According to Danish media, the killer was Omar Abdel Hamid El-Hussein. His parents are from Palestine and also lived in Jordan before coming to Denmark, broadcaster TV2 reported.

El-Hussein was described by classmates as a loner with a hot temper and anger toward Israel and Jews, according to newspaper Politiken.

In November 2013, he knifed a 19-year-old on a commuter train and was sentenced to two years in jail for aggravated assault, TV2 said. He was released just two weeks before the weekend shootings, local media said. While in jail, he expressed sympathy with Islamic State and said he was interested in going to Syria to fight, Berlingske reported.

According to a pre-trial assessment, El-Hussein wasn’t found to be insane, TV2 said. During the proceedings, he blamed the knifing episode on his being under the influence of cannabis, Jyllands-Posten newspaper reported.

Failing to get into university, El-Hussein trained as a kick-boxer and was involved in gang-related activity and altercations in Copenhagen’s ethnically diverse Noerrebro neighborhood, where his life ended on Sunday. Politiken reported that he briefly joined a gang before being rejected.

Magnus Ranstorp, a research director at the Swedish National Defense College who tracks radical Islamic movements, said while the connection between gangs and extremism can be seen in other places, it’s “more distinct in Denmark.”

The shootings were “an ideological attack, but he doesn’t appear religious,” Ranstorp said. While some criminals leave gangs to cross over to extremist groups, El-Hussein “rather seems to be a criminal who seems to have been attracted by this ideology. It’s become a big thing for him.”

The suspect’s father said in a TV2 interview that he was shocked by the actions of his son, who wasn’t especially religious. “I don’t know what happened,” he said, according to the broadcaster which didn’t disclose the father’s name. “This is very hard.”

Whether the suspect proves to have been a single combatant or part of an organized group, Denmark will need to reassess its response to the threat of extremism, Thorning-Schmidt said.

“We will of course in the coming time evaluate our fight against radicalization,” she said.

The Copenhagen attacks came just five weeks after the massacre at the Charlie Hebdo magazine in Paris, which the Danish gunman may have been trying to copy, intelligence services said.

The violence broke out on Saturday in a spray of gunfire that targeted at a cultural center in Copenhagen’s Oesterbro area. The gathering to debate art and free speech featured Swedish cartoonist Lars Vilks, known for a caricature of the Prophet Muhammad. Vilks was rushed to safety.

Memorial services are planned later on Monday near the site of the first shooting and in all other major Danish cities. The services will be attended by Thorning-Schmidt, among others.

It’s the most violent terror episode in Scandinavia since right-wing extremist Anders Behring Breivik killed 77 people in a shooting rampage in Norway in 2011.

Denmark is home to Jyllands-Posten, which in 2005 published a series of caricatures of the Prophet Muhammad that triggered violent protests across much of the Muslim world. Vilks’s drawing depicted Muhammad with the body of a dog.

Thorning-Schmidt said on Sunday all Danes should continue to “behave as we always do, think and speak as we want to.”

“A society like Denmark can unfortunately not protect itself 100 percent from a mad person,” she said.

To contact the reporter on this story: Frances Schwartzkopff in Copenhagen at fschwartzko1@bloomberg.net