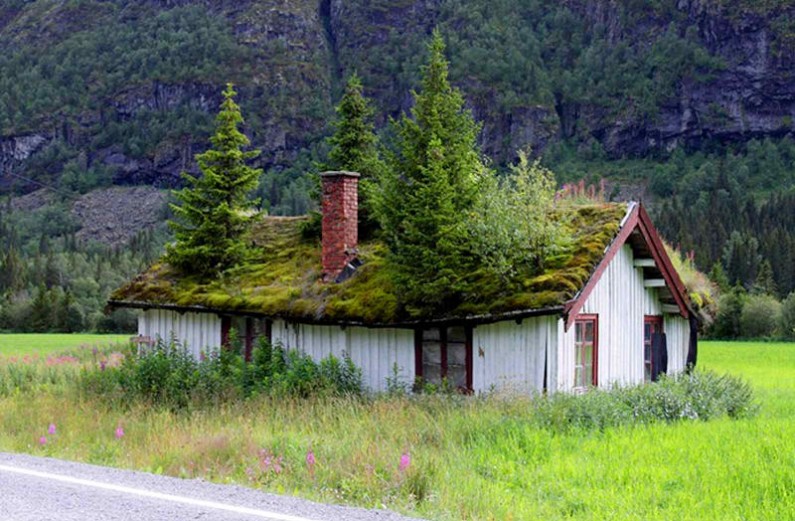 VIA “collective-evolution.com” by Alanna Ketler

A new law recently passed in France mandates that all new buildings that are built in commercial zones in France must be partially covered in either plants or solar panels.

Green roofs, as they are called, have an isolating effect which helps to reduce the amount of energy needed to heat a building during the winter or cool it in the summer. They are capable of retaining rainwater and reducing problems with runoff, and also offer birds a place to call home in the urban jungle.

French environmental activists originally wanted to pass a law that would make the green roofs cover the entire surface of all new roofs. However, partially covered roofs make for a great start, and are still a huge step in the right direction.

Some say the law that was passed is actually better, as it gives the business owners a chance to install solar panels to help provide the buildings with renewable energy, thereby leaving even less of a footprint.

Green roofs are already very popular in Germany and Australia, as well as Canada’s city of Toronto! This  by-law was adopted in 2009, by the city of Toronto which mandated green roofs on all new industrial and residential buildings.

There are so many benefits to green roofs. Here are just a few:

France is definitely on the right track, but it should be a mandate that all new buildings being built in North America, and even worldwide, adopt this amazing idea to reap all of the potential benefits.