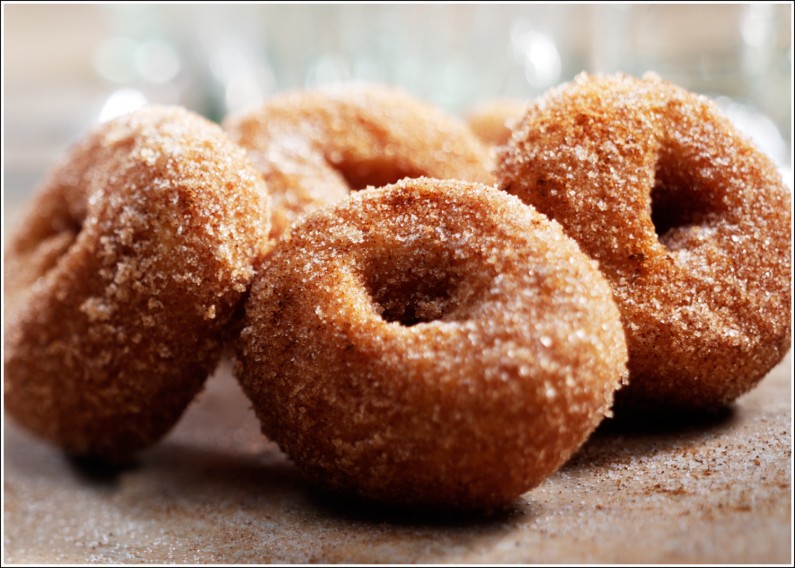 We know that too much sugar is bad for our waistlines and our heart health, but now there’s mounting evidence that high levels of sugar consumption can also have a negative effect on brain health — from cognitive function to psychological wellbeing.

While sugar is nothing to be too concerned about in small quantities, most of us are simply eating too much of it. The sweet stuff — which also goes by names like glucose, fructose, honey and corn syrup — is found in 74 percent of packaged foods in our supermarkets. And while the Word Health Organization recommends that only 5 percent of daily caloric intake come from sugar, the typical American diet is comprised of 13 percent calories from sugar.

“Many Americans eat about five times the amount of sugar they should consume,” Natasa Janicic-Kahric, an associate professor of medicine at Georgetown University Hospital, told The Washington Post.

It’s easy to see how we can get hooked on sugar. However, we should be aware of the risks that a high-sugar diet poses for brain function and mental well-being.

Here’s what you need to know about how overconsumption of sugar could wreak havoc on your brain.

It creates a vicious cycle of intense cravings.

When a person consumes sugar, just like any food, it activates the tongue’s taste receptors. Then, signals are sent to the brain, lighting up reward pathways and causing a surge of feel-good hormones, like dopamine, to be released. Sugar “hijacks the brain’s reward pathway,” neuroscientist Jordan Gaines Lewis explained. And while stimulating the brain’s reward system with a piece of chocolate now and then is pleasurable and probably harmless, when the reward system is activated too much and too frequently, we start to run into problems.

In fact, research has shown that the brains of obese children actually light up differently when they taste sugar, reflecting an elevated “food reward” response. This suggests that their brain circuitry may predispose these children to a lifetime of intense sugar cravings.

It impairs memory and learning skills.

A 2012 study on rats, conducted by researchers at UCLA, found that a diet high in fructose (that’s just another word for sugar) hinders learning and memory by literally slowing down the brain. The researchers found that rats who over-consumed fructose had damaged synaptic activity in the brain, meaning that communication among brain cells was impaired.

Heavy sugar intake caused the rats to develop a resistance to insulin — a hormone that controls blood sugar levels and also regulates the function of brain cells. Insulin strengthens the synaptic connections between brain cells, helping them to communicate better and thereby form stronger memories. So when insulin levels in the brain are lowered as the result of excess sugar consumption, cognition can be impaired.

“Insulin is important in the body for controlling blood sugar, but it may play a different role in the brain,” Dr. Fernando Gomez-Pinilla, the study’s lead author, said in a statement. “Our study shows that a high-fructose diet harms the brain as well as the body. This is something new.”

It may cause or contribute to depression and anxiety.

If you’ve ever experienced a sugar crash, then you know that sudden peaks and drops in blood sugar levels can cause you to experience symptoms like irritability, mood swings, brain fog and fatigue. That’s because eating a sugar-laden donut or drinking a soda causes blood sugar levels to spike upon consumption and then plummet. When your blood sugar inevitably dips back down (hence the “crash”), you may find yourself feeling anxious, moody or depressed.

Sugar-rich and carb-laden foods can also mess with the neurotransmitters that help keep our moods stable. Consuming sugar stimulates the release of the mood-boosting neurotransmitter serotonin. Constantly over-activating these serotonin pathways can deplete our limited supplies of the neurotransmitter, which can contribute to symptoms of depression, according to Dr. Datis Kharrazian, functional medicine expert and author of Why Isn’t My Brain Working?.

Chronically high blood sugar levels have also been linked to inflammation in the brain. And as some research has suggested, neuroinflammation may be one possible cause of depression.

Teenagers may be particularly vulnerable to the effects of sugar on mood. A recent study on adolescent mice, conducted by researchers at Emory University School of Medicine, found a diet high in sugar to contribute to depression and anxiety-like behavior.

Research has also found that people who eat a standard American diet that’s high in processed foods — which typically contain high amounts of saturated fat, sugar and salt — are at an increased risk for developing depression, compared to those who eat a whole foods diet that’s lower in sugar.

It’s a risk factor for age-related cognitive decline and dementia.

A growing body of research suggests that a sugar-heavy diet could increase risk for developing Alzheimer’s disease. A 2013 study found that insulin resistance and blood glucose levels — which are hallmarks of diabetes — are linked with a greater risk for developing neurodegenerative disorders like Alzheimer’s. The research “offers more evidence that the brain is a target organ for damage by high blood sugar,” endocrinologist Dr. Medha Munshi told the New York Times.

Some researchers, in fact, have even referred to Alzheimer’s as “Type 3 Diabetes” — which suggests that diet may have some role in an individual’s risk for developing the disease.