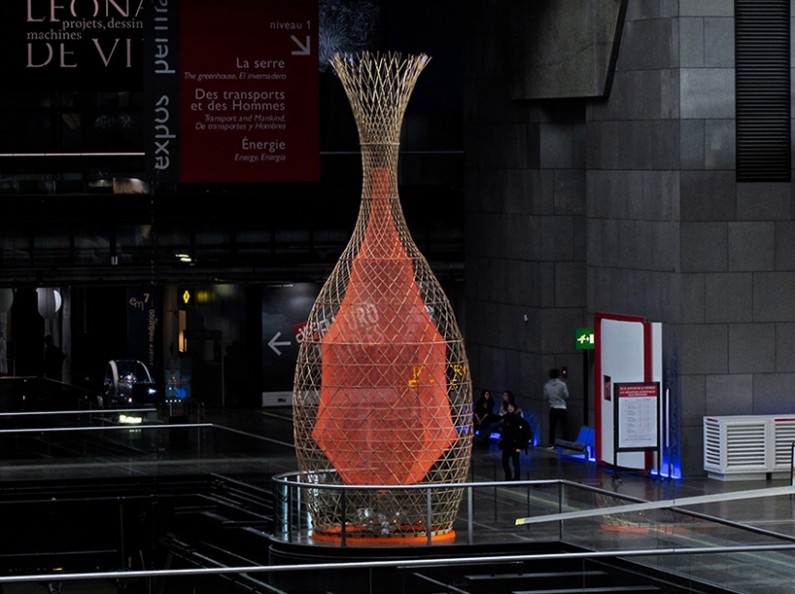 There are a flurry of amazing inventions coming into the fold lately, hoverbikes being among one of them.. but today I want to tell you about this really cool device that is making an impact in Ethiopia, and hopefully will soon make its way overseas to North America and the rest of the world.

The device is called Warka Water – and it has the capacity to generate up to 25 Gallons of water PER DAY simply by sitting in the hot heat of the desert. Now THAT is impressive, especially considering the whole scare of an impending drought that is currently upon us.

I’m not even kidding. It uses a singularity. In order to describe this, let me show you a quick video about what i’m talking about.

In the future, we can imagine making use of much more powerful singularities to do all kinds of things, such as levitation or even teleportation – but in the mean-time, this is a perfect example of what i’m talking about.

Essentially, the warka-water device creates a means for the water-vapor in the air to move through a transition point (a singularity) and change density. The vapor does a 90 degree turn and becomes more dense, solidifying itself into a more physically tangible drop of water.

This happens around the device at a constant rate, so hundreds of thousands of drops of water are transmuted from the air and are then pulled down by gravity and collected in a basin at the bottom, ready for consumption or use in whatever way you desire.

The singularity is essentially created at the point of transition between vapor and water – where when all of the ingredients are just right, water simply manifests as if by magic. Of course, with the scientific data we know exactly where its coming from, but that’s just part of the magic! The fact that we can materialize water from the ether is one of the first steps of creating using the universe around us.

It is an example and a simple representation of what we will be able to do in the future by generating energy from the ether as well.

It’s just a matter of time

If you are interested in learning more about Warka Water,  check out this article here!

With all of my love,
Jordan Pearce