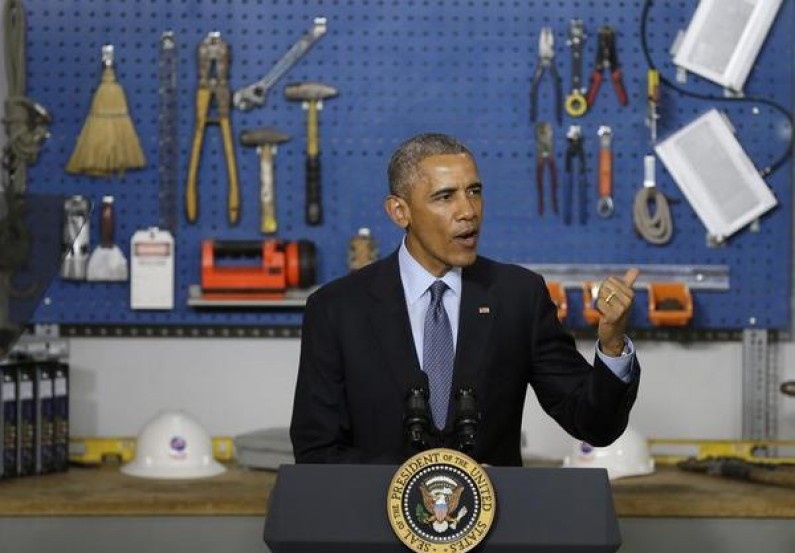 VIA “realclearpolitics.com” by Alexus Simendinger

Ted Kennedy is gone and Iowa’s Tom Harkin retired from the Senate last year, but in their absence, President Obama on Thursday plans to echo their advocacy for paid sick leave, championed by Democratic stalwarts in Congress and by organized labor over many decades.

Previewing an element of his State of the Union address, the president will gather a roundtable of working women as a backdrop for his challenge to the Republican-controlled Congress to pass legislation even Democrats couldn’t muscle off Capitol Hill when they held the majorities. Obama will ask lawmakers to pass the Healthy Families Act, a long-stalled measure that would grant workers up to seven days of paid leave annually when they or family members have medical needs.

Democrats Patty Murray in the Senate and Rosa DeLauro in the House said Wednesday they will reintroduce the legislation this year, touting their measure as an economically crucial benefit for middle-class women and families, and an expansion of the Family and Medical Leave Act, signed into law at the outset of President Clinton’s first term.

If the alliance between Obama (who is unlikely to see mandatory paid sick time enacted in Congress on his watch) and the Clintons on the subject appears to be unconscious, consider Hillary Clinton’s statement in Boston a few weeks ago:

“We need to get paid leave provisions on every state ballot by 2016 that we can possibly manage to do,” she said in December after congratulating Massachusetts voters for requiring businesses to grant employees paid sick time.

If the former secretary of state announces her second presidential bid this spring, as many expect, workplace issues that appeal to women of all ages and income levels will be center stage, as they were in 2008. Democrats point to studies that bolster the argument that paid leave benefits improve workplace productivity and retention without dramatically increasing employers’ costs.

Bill Clinton took up the banner for paid sick leave alongside DeLauro and other House sponsors on Capitol Hill soon after Obama’s re-election in 2012 to mark the 20-year anniversary of the family leave law, which requires employers to provide up to 12 weeks of unpaid time off.

On Thursday, Obama will build on the recommendations of last year’s White House Summit on Working Families and exercise his executive say-so to order agencies and departments to expand the discretion they already possess to advance earned sick leave of up to six weeks to employees.

The president also will include $2.2 billion in mandatory funding in the budget he will send Congress in February to “reimburse up to five states for three years for the administrative costs” of paid sick leave policies, “and roughly half of the cost of benefits associated with implementing a program.” Obama also backs allocating more than $35 million in federal grants to develop sick leave policies at the state level and to conduct feasibility studies.

Although White House Senior Adviser Valerie Jarrett said a GOP-controlled Congress may be amenable to requiring paid sick leave, her optimism appeared to be a legislative strategy and a political opening to contrast progressive policies aimed at working women with opposition voiced by congressional Republicans, who resist new employer mandates.

“I don’t think that you should assume that because it didn’t get traction before it won’t get traction now,” Jarrett said on a conference call with reporters. “We have a new Congress in place.”