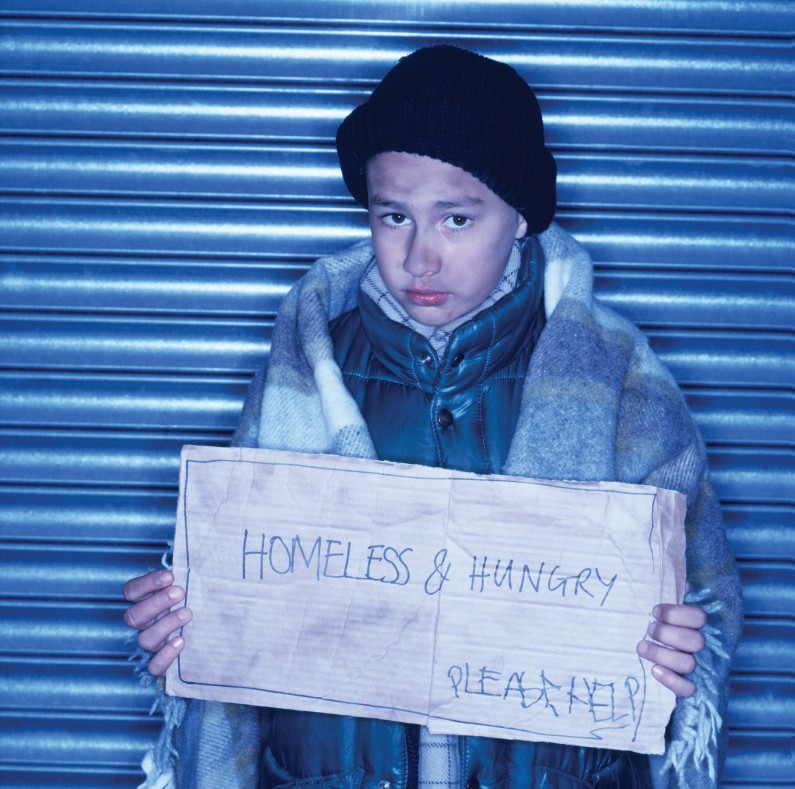 VIA “babble.com” by Alice Gomstyn

About a decade ago, I stood in a high school English classroom, trying my best to give an exciting speech about my experiences as a young reporter. I worked for the local newspaper at the time and the school had invited me and a photographer to give the students a sense of the career opportunities available to them.

The teens all sat politely, if not quite rapt … except for one. He was a short, scrawny kid in an oversized hoodie. I could see him fidget and, worse, heard him mutter the occasional complaint about my presentation. Finally, he seemed to surrender to the fact that yes, I would be there for at least a few more minutes but instead of perking his ears up to listen, he lay his head down on his desk.

His teacher approached him and I expected some form of discipline would ensue. Instead, she gently put her arm around him and said something in a soft voice. I couldn’t make out exactly what it was, but it was clear she wasn’t scolding him — just showing some TLC. I felt mildly annoyed, to say the least. A child was acting rudely during my talk and there’d be no consequence for it?

It only hit me later that the student’s behavior likely had little to do with me. The school served mostly poor students, more than half of whom qualified for free or reduced-cost lunches. The odds were good that this kid faced dire straits outside school hours. Maybe he was cranky because he had skipped a meal or two. Maybe he was tired because he didn’t have a comfortable place to sleep. Maybe he didn’t have a home at all. Whatever his problems were, his teacher saw fit to offer him compassion instead of punishment.

I thought about them both as I read a recent story in The Washington Post reporting that more than half of U.S. public school students live in poverty. The statistic itself is shocking, but what moved me even more was an anecdote about a kindergarten teacher in Albuquerque. Sonya Romero-Smith shows her young students some TLC, too, in part by stocking a drawer full of clean kids’ socks, underwear, and pants for the children.

“When they first come in my door in the morning, the first thing I do is an inventory of immediate needs: Did you eat? Are you clean?” she told The Post.

My older son is nearly kindergarten age and he’s never short on food or clean clothing. No one should be, but especially not children that small, that vulnerable. It breaks my heart to imagine the circumstances Romero-Smith’s students leave behind when they reach her door.

I wanted to know more about life inside and outside of Romero-Smith’s classroom, so I emailed her with questions both specific and broad. I asked her, for starters, why it was that kids came to school dirty. (Answer: It can be difficult to access bathroom and cleaning facilities in crowded homeless shelters and motels.) I asked why students were arriving hungry when there are government resources like food stamps available. (Answer: Food stamp allotments don’t stretch that far and, as others have noted, the cheapest foods are often the most processed and least nutritious.)

If my questions sound naive, it’s largely because I live in a comfortably upper-middle class bubble. In my community, the loudest school-related gripes I hear are about standardized testing or athletics. Outside of scattered charity efforts, it can be easy for a parent in my neighborhood to forget that so many school children have far more pressing concerns than whether the local football field is in tip-top shape.

Romero-Smith’s toughest day, she said, came when authorities removed a malnourished child from her classroom after it was discovered that one of his parents had overdosed on drugs.

“Having a 5-year-old beg not to be taken away by police was devastating. I remember I gave this child the only thing I could find which was a stuffed toy that I had in the class,” she said. “I told this child that I would make sure he was OK and that all I wanted him to do was love and care for this stuffed toy.”

It was Romero-Smith’s desperate, last-ditch effort to comfort the traumatized boy … and, amazingly, it seemed to work.

“Several weeks later, his foster parent brought him back to our school and he returned that stuffed toy and said he never let the toy ‘be lonely,’” she told me. “It was truly humbling.”

It’s mind-boggling to imagine the painful worries weighing on the minds of teachers like Romero-Smith and others. Not only must they focus on providing an education to their students, they must jump hurdle after hurdle to get their young charges to a place where they’re capable of learning at all.

“Our job, as teachers, is to ensure emotional and social well-being as well as academics,” she told me.

Romero-Smith has a busy schedule. In addition to the demands of her teaching job, she’s also a foster mother to two young sisters — students from her school who were recently homeless. But she took time to answer my questions because she said she wanted to help “give a voice to the voiceless” — other impoverished children who are at risk of never breaking the cycle of poverty.

“Their stories need to shared to provoke action and change but also to show the realities that can be difficult to understand,” she said.

In the meantime, Romero-Smith keeps plugging away in her classroom, remaining optimistic and encouraging her students.

“I keep going because I know they matter,” she said. “Every one of them is full of greatness.”

I’ll never know what happened to the fidgety kid who nearly snored his way through my talk some ten years ago. But I’m glad that soft-spoken teacher showed him compassion. Maybe she saw greatness in him, too. I hope, despite the odds, that he achieved it.

To help a teacher and their students in your area, consider donating to one of the many classrooms on DonorsChoose.org.