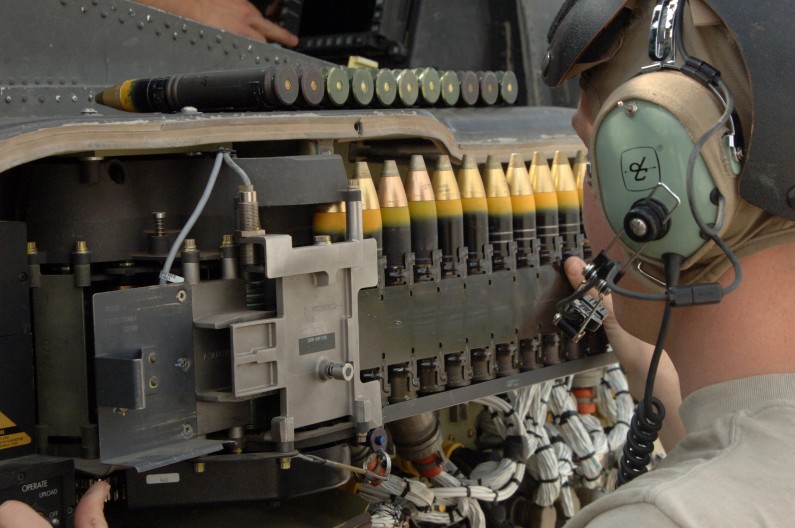 Pictured above: The 30mm ammunition used by the Apache helicopter in the video, an attack helicopter commonly used in modern war.

VIA Collective-Evolution by Arjun Walia

Below is a very disturbing and well-known Wikileaks video exposing what happened (and is still happening) in the Middle East on a daily basis. It’s called “Collateral Murder,” and the solider you see in the video is Ethan McCord; he is one of many soldiers heard in the Wikileaks video who were deployed in Iraq.

There is some disturbing footage in it, but it’s a powerful tool to let people know about something that is commonly covered up, leaving the Western world oblivious to the reality of the situation.

We are made to believe that soldiers are sent over to these countries to fight terror, completely ignoring the fact that innocent people, for no reason, are being killed every day.

“The rules of engagement in Iraq are a joke.” (taken from video)

Not only that, these so called “terrorist” groups that are used to justify our incursion into these countries have ties to United States intelligence agencies. Al Qaeda is a great example of a group with such ties. You can read more about that idea here. The thought that these terrorist groups are a creation of Western intelligence agencies is scary to ponder, and begs the question, what’s going on? Where do these “terrorists” really come from and why are they doing what they are doing?

Right now, the focus has shifted away from Al Qaeda to other terrorist groups like ISIS and the same thing is happening in Syria, among other countries.

At the end of the day, it’s humans killing humans. Regardless of whoever, or whatever, influence is pulling the strings, it’s a human being pulling the trigger. It’s great to see many soldiers waking up and asking questions, because that’s the only way this is going to stop.

Here are some quotes by McCord taken from the video.

“We were told by our battalion commander to kill every m***** f****** on the street.  Many soldiers would not do that, we decided we were going to shoot into the rooftops of buildings because, if you didn’t fire, the NCOs in your platoon would make your life hell.”