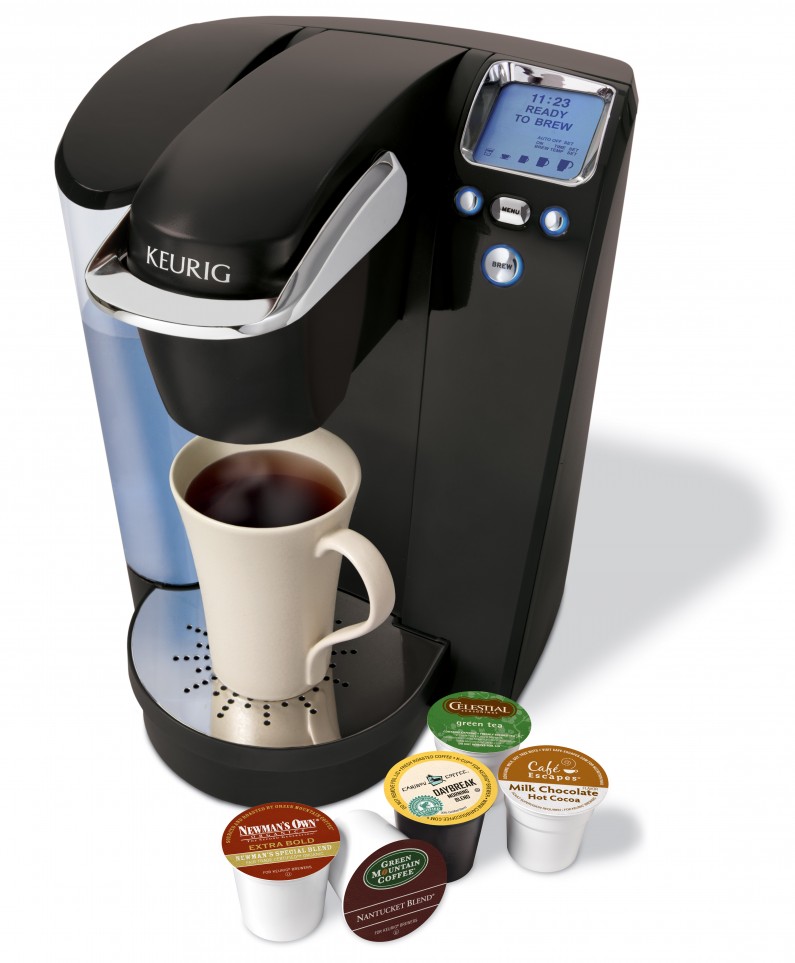 VIA “takepart.com” by Liz Dwyer

Kill the K-Cup before it kills our planet.” That was the key message about the nonrecyclable, nonbiodegradable coffee pods of a sci-fi-style clip released in January by Canadian-based video production outfit Egg Studios. The video’s infamous K-Cup monster and accompanying hashtag went viral across social media. Now it seems that John Sylvan, the inventor of the tiny containers, is firmly on Team #KillTheKCup too.

“I don’t have one. They’re kind of expensive to use,” Sylvan told The Atlantic. Sylvan isn’t just worried about the negative impact of K-Cups on his wallet. As with plenty of environmental activists, he’s concerned about all those plastic pods ending up in landfills. With enough K-Cups sold in 2014 to encircle the globe at least 10.5 times, Sylvan seems to be regretting his invention.

“I feel bad sometimes that I ever did it,” he said.

When Sylvan sold his company back in 1997, he never expected that the machines he invented would become so popular that one in three households would have one, or that billions of the plastic #7 coffee pods he created would be chucked into the trash every year. Although Keurig Green Mountain’s sustainability report indicates that it’s working to make the single-use containers fully recyclable by 2020, Sylvan said that’s not possible with the way the pods are designed.

“No matter what they say about recycling, those things will never be recyclable,” said Sylvan. “The plastic is a specialized plastic made of four different layers.”

Most recycling plants aren’t equipped to handle #7 plastic. Along with being tough to recycle, that plastic may contain BPA. The containers are also attached to a foil lid, which has to be separated from the plastic, or it can’t be recycled. Most users who are attracted to the convenience of K-Cups aren’t going to take the extra time to do that.

Sylvan told The Atlantic that he knows how to make the pods sustainable, but that Keurig Green Mountain refuses to listen to him. Companies will listen to consumers, however, if their bottom line and brand begins to be negatively impacted. People can continue to put pressure on Keurig Green Mountain by spreading the #KillTheKCup hashtag and signing the Change.org petition that asks the company to start making universally recyclable K-Cups now, not five years (and billions more of the containers in landfills) from now. In the meantime, consumers looking for a more environmentally friendly way to get a quick java fix can try brands, such as the San Francisco Coffee Company, that are making recyclable pods or switch to one of the reusable pods out there that sometimes work in Keurig machines.