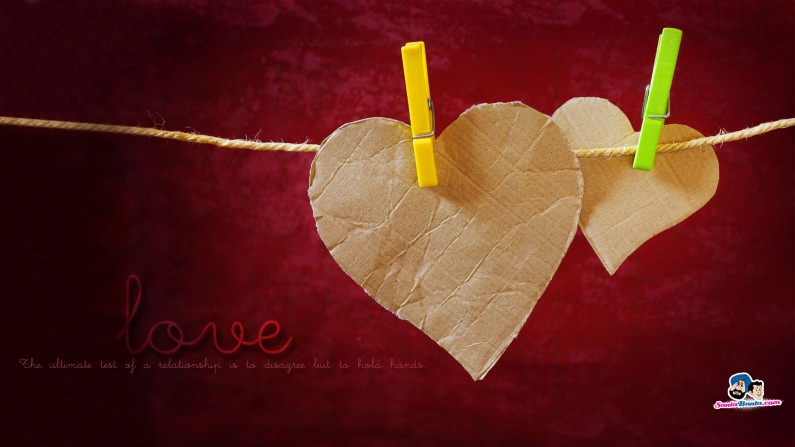 VIA “elitedaily.com” by Brandon Montgomery

When I first turned 30, I knew I was entering a decade of high expectations. Sure, I knew it was a milestone age, and I had accomplished most of what I set out to do — except find love.

I still dated while fielding the occasional questions from my peers and elders about why I had to yet to find love.

They were curious about what I desired in a romantic partner. I told them I had no particular standards and just desired someone who would make me happy and who I would make happy in return. For me, it all came down to compatibility.

I had interesting encounters in the dating field that began to make me question the whole process and its intended purpose.

Dating started off as a hopeful adventure than began to deteriorate the more I pursed it, which eventually caused me to stop.

There was no major event that led to my decision to stop dating; rather, it was a long process that only grew as the experiences began to tally up.

I eventually stopped to think, and along the way, I had an epiphany: Dating was more trouble than it was worth. Here are some reasons why:

I remember once being at a friend’s for a guys’ night when a woman I was interested in became a topic of discussion. She was friendly and displayed an outgoing personality, which I found appealing.

It was easy to discuss my interest in her, as it was guys-only party; yet, there was a catch: Other guys knew her, too, and they also expressed interest in her. They plotted their strategies on how to court her.

They fed each other intel on their encounters with her and how they could, perhaps, win her over. To them, she was an elusive catch who would require a unique strategy in order to capture her heart.

I just wanted to get to know her to see if we were a match, but my peers saw her as a competition that ultimately turned me off.

It wasn’t peer pressure that led to the turn off, but rather, the fact I felt locked into a game I knew would only lead to more problems down the road.

I have never been one to place a strong belief in the power of first impressions to accurately gauge what kind of person one may turn out to be.

As I’ve learned in the past, looks are deceiving, but in the field of dating, that never turns out to be the case.

Those who win the so-called “genetic lottery” are said to have their pick of the dating field. They have the right height, zero body fat and, perhaps, a nice income.

Their potential partners want to be seen with such a catch in public to the point that personality is pretty much irrelevant.

I understand we, as a society, need rules in order to function. However, the so-called rules of dating have become so astutely followed, one mistake means the end of what could be a meaningful relationship.

A person could have a great date only to follow up too soon, or maybe, too late, or perhaps, an innocent slip of the tongue ruins his or her chance for a second date.

When I was in the dating field, I could never crack the enigmatic code of what it took to score the second date. Heck, just getting to the first-date phase was challenging enough.

I was told there are rules to follow, but are they that important in today’s world?

When I was in the dating field, I saw it as adventure filled with limitless opportunities. I was enticed by the possibility of finding “the one.”

Ultimately, I saw myself as a dog trying to chase a speeding Ferrari. I had a few dates that were wonderful experiences with women who truly impressed me and still do. Yet, for multiple reasons, most of which are unknown, relationships never developed.

During this process, I had multiple online dating profiles and messaged potential matches. I kept track of my progress and looked for areas of improvement, as if I was running a business, but it never made me happy, especially when I had dates that never panned out.

By the end of the process, the Ferrari was far away with the chasing dog extremely exhausted.

Yes, I’m a guy, and yes, I’m saying men ruined dating. Why? Well, for the most part, men are devoted players with phobias for commitment and settling down. They’re devoted to the method of being pick-up artists while tallying the number of times they scored along the way.

For many, mobile apps designed for hookups have become their hunting grounds. They scout the nightclubs in search of their latest one-night conquests. They study the field, armed with their well-crafted pick-up lines, designed to enchant their selected targets.

If successful, they achieve what they set out to do only to have no interest in seeing their selected targets ever again.

As a guy who has seen such men in action and heard them tell me of their one-night stand stories, I can’t help but agree that men did, in fact, ruin dating with their hook-up philosophies.

This isn’t to say all men are bad, as some are superb gentlemen; it’s just that the bad crowd polluted the dating world.

What I’m doing instead:

As a result of my newfound resolution to discontinue dating, I decided to try something different, to live my life by learning new life skills, which became easier when I stopped focusing on dating.

I made a list of the things that always interested me and I committed to them. I take Argentine Tango classes on Tuesday nights; I learn to salsa dance on Wednesdays and Friday evenings; I study for an upcoming exam for a new career.

I pursue my writing, and I plan to start stand-up classes. In my downtime, I enjoy a craft beer while watching my latest interest on Netflix.

I no longer feel awkward about dining alone, even in a restaurant filled with couples. I don’t feel obligated to date in order to be part of society’s “mainstream.” I take walks through my city in solitude and I enjoy every second of it.

I deleted my online dating profiles and mobile apps from my phone. Going forward, I intend to continue this while keeping dating in the past.

It’s not that I’m not interested in marriage and the prospects of having a family; I feel there’s a much bigger part of life I need to live and I’ve only been scratching the surface.

I’m also aware love may, someday, find me. Perhaps, Ms. Right and I will cross paths.

I just have no intention to pursue dating, as I’m disenchanted with the whole process. I don’t feel bitter toward or resentful of couples; I’m very happy for them and I hope their relationships flourish to everlasting love.

For those who continue to seek love, I hope you find it and value it once you do.

As for me, I feel liberated and enjoy the feeling and focus it allows me to have. I’ve left dating in the past and I look forward to what is to come.