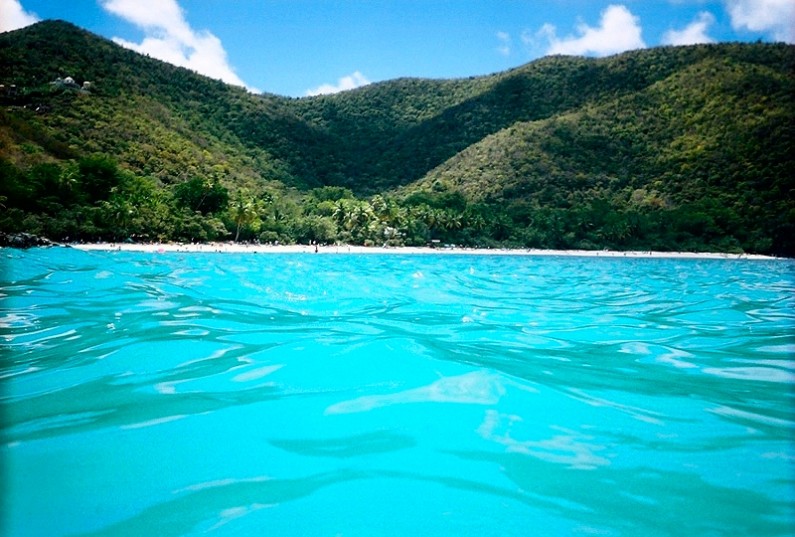 VIA Cosmopolitan by Noelle Hancock

There is a chicken in my shower. It’s 8:30 a.m., I’ve just sat down on the toilet to pee. I casually glance around and there it is, drinking some of the residual water puddled on my shower floor. This is not the first creature to make an appearance in my bathroom. Since I moved to the Caribbean, I’ve had spirited encounters with tarantulas, scorpions, and untold lizards. But the chicken got me thinking.

“How did you get here?” I ask the bird. It blinks unhelpfully back at me. Perhaps a better question is, how did I get here? How did I come to live on a tiny, rustic island of 4,100 people sharing a bathroom with poultry?

It all began four years ago. Back then I was living in Manhattan, a 31-year-old journalist making $95,000 a year. I lived in a lovely (wildlife-free) apartment in the East Village, a bustling neighborhood with every imaginable convenience and so much to entertain. But New York is a competitive city; you have to spend most of your time working to afford to live there. And a downside of living among so many ambitious people is they’re often overscheduled. Sometimes I didn’t see my closest friends for months at a time. Trying to negotiate a time to meet a friend for drinks was harder than getting into college (and the cocktails about as expensive).

It’s ironic to feel lonely on an island of 4 million people, but it seemed I spent my life staring at screens: laptop, cell phone, iPad — hell, even the taxis and elevators had televisions in them. I felt stressed, uninspired, and disconnected.

“I need a vacation.” This was a constant refrain in my head. I wasn’t living in the moment; I was living for some indeterminate moment in the future when I’d saved enough money and vacation days to take a trip somewhere. If you’re constantly thinking you need a vacation, maybe what you really need is a new life. But I was complacent. My life wasn’t satisfying, but it was comfortable.

One day I was working on my laptop, finishing some edits on a book I’d just written. I was distracted, wondering what I would do now that the manuscript was finished. While I had several job offers, none of them excited me. I let my hands idle too long and the screensaver, a stock photo of a tropical scene, popped up. Here was something to get excited about. What I wanted — something I’d fantasized about for years, in fact — was to stop living in front of a screen and live in that screen, in the photo on my computer. And why couldn’t I? With no professional obligations or boyfriend, I was completely untethered for the first time in my life.

Feeling slightly ridiculous, I posted a message on Facebook saying that I wanted to move to the Caribbean, and asking for suggestions as to where I should go. A friend’s sister recommended St. John, the smallest of the U.S. Virgin Islands. Nicknamed “Love City” for its famously friendly locals, it was home to some of the most stunning beaches in the world. I glanced out my window where punishing, chest-high snow drifts were forming on the ground at an alarming rate. On the sidewalks impatient and preoccupied New Yorkers bumped into each other without apology. I immediately began expediting my passport.

It was startlingly simple to dismantle the life I’d spent a decade building: I broke the lease on my apartment, sold my belongings, and bought a one-way plane ticket. The hardest part was convincing myself it was OK to do something for no other reason than to change the narrative of my life.

“You can’t just move to a place you’ve never even visited!” my mom protested.

“Sometimes you just have to leap and the net will appear,” I said with more confidence than I felt.

Six weeks later, I stepped off the ferry in St. John. I had no plan, no friends, and no clue how ridiculous I looked, festively ensembled in boat shoes and a dress celebrating the palm tree. Yet I had a strange feeling that everything would unfold as it was supposed to.

My parents did not share this viewpoint. I come from a conservative Southern family with a healthy respect for the American Dream: You worked hard in school, chose an upper-middle-class job with a 401(k) and a good matching plan. So they were pretty taken aback when, upon arriving in St. John, I took a job at the local ice cream parlor.

Perhaps there was something indulgent and Peter Pan-ish about this new lifestyle. But the truth is, I was happier scooping mint chocolate chip for $10 an hour than I was making almost six figures at my previous corporate job. It was calming to work with my hands. I met new people constantly, talking face-to-face instead of communicating via email and instant messaging. When I closed the shop at the end of the shift, my work was done and my time my own. Besides, I found that not everyone shared my parents’ concern. “When I moved here 25 years ago, my dad insisted I was ruining my life,” said one of my regular customers when we got to chatting about our lives one day. “Recently he visited and told me, ‘You had it right all along. I’m toward the end of my life and looking to retire to someplace like this, and now I’m too old to enjoy it.'” 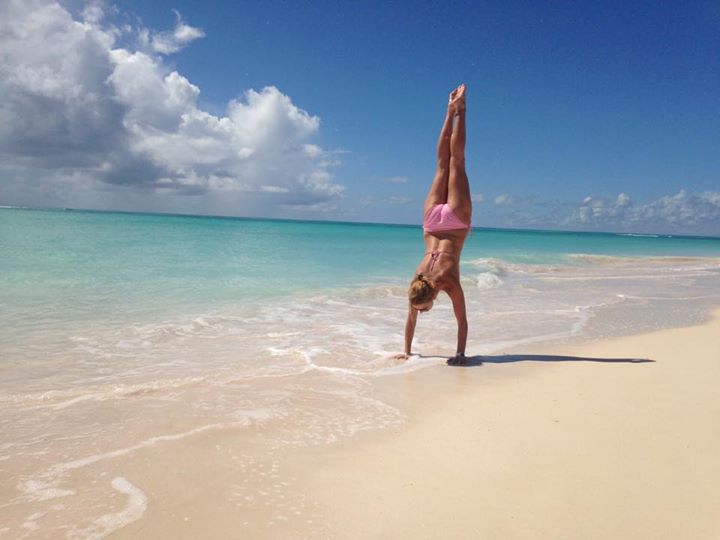 Cruz Bay, the island’s main town, consists of a few winding roads and a handful of open-air bars and restaurants. There are no stoplights on St. John (though we frequently have to stop for the wild donkeys and iguanas and chickens that roam the streets). No chain stores. Limited WiFi. Shoes optional. We drive beat-up Jeeps because no one cares what kind of car you drive. For those without cars, hitchhiking is common; after all, we know almost everyone who lives here. We shower in filtered rainwater collected in cisterns attached to the house. There are no addresses. (Typical directions to someone’s house are along the lines of, “If you take a left at the dumpster, I live in the white house at the end of the road with a broken-down dinghy in the yard.”) People gather on the beaches at dusk to watch the sunsets together. I see my friends every day. On our days off, we hike the local ruins, dive, or go boating to the nearby British Virgin Islands.

These days, I work as a bartender, a job I pursued simply because it’s something I always wanted to try. Sometimes I think back to the question I used to be asked in job interviews: “Where do you see yourself in five years?” That always seemed a depressing notion, to already know what you’d be doing five years in the future. Here it’s not unusual for someone to work as a cook on St. John, then move to Thailand for six months to work as a dive instructor, then they will head off to Alaska and work on a fishing boat. Living abroad has exposed me to a different approach to life, one in which you’re not expected to settle in one place and do one kind of job. Perhaps some of us are meant to move around every few years, change jobs and live many different micro lives.

That’s not to say doubts don’t creep in on occasion. Seeing old colleagues and acquaintances building successful careers can make me second-guess my choices. One of my friends from college started a little website called Pinterest. Another just won an Emmy for a hit television show she created.

But I have an island. I live in a charmingly ramshackle one-bedroom apartment on a hillside overlooking the sea.

Which brings us back to the chicken in my shower watching me pee. How did it get there? My best guess: It was tottering around the woods outside, accidentally flew onto my second-story balcony, and wandered into my apartment through the sliding-glass door, which I usually leave open to enjoy the breeze.

Smiling, I shoo out the wayward bird. Then I pause for a moment, transfixed by the view framed by my open sliding glass door. Sunlight sparkles on the water. Sailboats bob companionably in the distance. The scene is remarkably similar to the stock photo that was my screensaver four years ago. How different my life was then.

There’s a quote by author J.R.R. Tolkien that pops up a lot on T-shirts and bumper stickers sold around town: “Not all those who wander are lost.”

Lately I’ve been mulling moving somewhere entirely opposite of here. Europe, perhaps? There are so many places to go! It fills me with a sort of wild happiness. Who knows where I’ll end up? And what a marvelous thing that is — not knowing.

Noelle is the author of the memoir My Year With Eleanor.