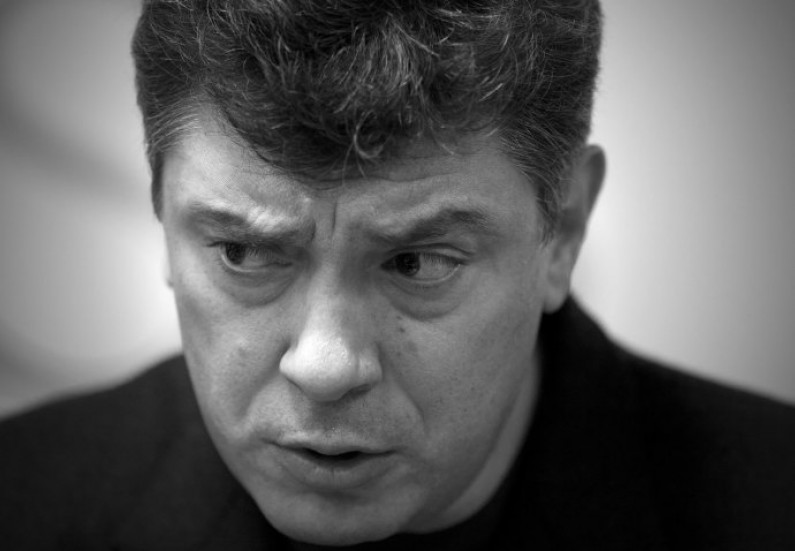 VIA “newyorker.com” by Joshua Yaffa

Just after midnight on Friday, Boris Nemtsov, a fifty-five-year-old Russian opposition politician, was gunned down as he walked across a bridge just outside the Kremlin walls. A car drove past, shots rang out, and Nemtsov was killed by four bullets to the back. His body lay on the sidewalk as police, journalists, and colleagues rushed to the scene.​ The last assassination in Moscow was that of Stanislav Markelov, a human-rights lawyer, who, along with the journalist Anastasia Baburova, was killed outside a subway stop in 2009. Before that, it was the renowned journalist Anna Politkovskaya, who was murdered in her apartment building in 2006. It had been six years since such people were shot dead in Moscow.

In the nineteen-nineties, Nemtsov was among the bright young reformers who quickly ascended the ranks under President Boris Yeltsin. He served as governor of the Nizhny Novgorod region in the mid-nineties, and took the position of Deputy Prime Minister in 1998. When Putin came to power, Nemtsov failed to adjust, and he was pushed out of the Russian parliament in 2003. He went on to start various opposition parties and movements; although he was known for his energy and charisma, he never found wide popularity as a politician. He ran in the 2009 mayoral race in Sochi and lost. His latest party, R.P.R.-PARNAS, which had a liberal, free-market platform opposed to Putin’s centralization of power, failed to clear the five-per-cent threshold needed to gain seats in the State Duma (not that electoral results are the truest indication of potential in a political system as tightly controlled as Russia’s).

Yet Nemtsov remained one of the most visible and consistent figures of the opposition, though he had been eclipsed in recent years by people like Alexey Navalny, and was a forceful speaker at nearly every demonstration in Moscow’s short-lived season of protest in late 2011 and early 2012. He also published a series of reports on Putin-era corruption; his 2013 report on bribery and fraud in the preparations for the Sochi Olympics was widely cited by Russia’s independent press and by Western journalists. After his death on Friday, Nemtsov’s longtime friend and ally, Ilya Yashin, said that he had been preparing a new report on Russia’s participation in the war in Ukraine, which will now be published posthumously.

Nemtsov had been preparing for an anti-Kremlin march scheduled for this Sunday. Hours before he was killed, he did a radio interview urging people to attend the march, and connecting the country’s economic woes to Putin’s policy in Ukraine. “The most important reason for the crisis is aggression, which led to sanctions and, in turn, isolation,” he said. Nemtsov understood that he, along with everyone else involved in anti-Putin politics, was being pushed to the fringes, having less of a voice and a foothold in Russian society than ever before. “Three years ago, we were an opposition. Now we are no more than dissidents,” he told the Financial Times earlier this week.

Then why was he killed? Without knowing who gave the orders, it’s possible to understand that the current political environment allowed for this to happen. Over the past year, in the wake of the annexation of Crimea and the war in eastern Ukraine, Russia has seen the rise of a new, much coarser and more doctrinaire political language. During the first decade of Putin’s rule, the Kremlin depicted its opponents as freaks or idiots, but now they are portrayed as outright enemies of their country. In a triumphant address to parliament last March, as Russia was formalizing its takeover of Crimea, Putin warned of “a fifth column,” a “disparate bunch of national traitors” determined to sow discord inside the country. Its members were obvious, if at first unmentioned: people like Navalny, an anti-corruption activist who had become the most popular leader in the country’s fractured opposition; Aleksei Venediktov, the editor-in-chief of Echo of Moscow, a long-beleaguered radio station that is one of the last homes for critical and liberal voices; and of course Nemtsov, a recognizable face​from all his years in politics, and a favorite opponent of pro-Kremlin activists and propagandists.

It wasn’t long before the political technologists in the Kremlin and those who do their bidding in the media—whether at state-run television channels with national reach or on pro-Kremlin Web sites that publish memes and jokes disparaging the West and Russia’s small number of liberals—seized on the idea, releasing pseudo-documentaries on the evils of the fifth column and designing graphics that surrounded their disembodied heads with images of space aliens. For a while, a giant poster hung on the side of Moscow’s main bookstore with the face of Nemtsov, among others. “The fifth column: there are strangers among us,” it read. The most apocalyptic and vile of Russia’s television hosts, Dmitri Kiselyov, a man who once warned that Russia could turn the United States into “radioactive ash,” took pleasure in naming and insulting members of the so-called “fifth column.” “Putin legalized that term in the political language of Russia,” he said. “We know their names.”

That act of legalization, as Kiselyov aptly put it, means any number of people or factions could have murdered Nemtsov. In an interview two weeks ago, Nemtsov admitted that he was afraid Putin could have him killed, but “not that much.” In the hours after Nemtsov’s death, Vladimir Ryzhkov, a co-founder of R.P.R.-PARNAS with Nemtsov, told Echo of Moscow that he blamed “the atmosphere of hate that was artificially created” by the state and its supporters. Putin, for his part, called the killing a “provocation,” and said that he would personally oversee the investigation, evoking Stalin’s oversight of the prosecution of Sergei Kirov’s supposed killers in 1934. Will Nemtsov’s death similarly presage a wave of political purges? In the current climate, almost anything seems possible. Either the authorities would kill someone who poses little real political danger, or they have given rise to a venomous hatred that they can no longer control.