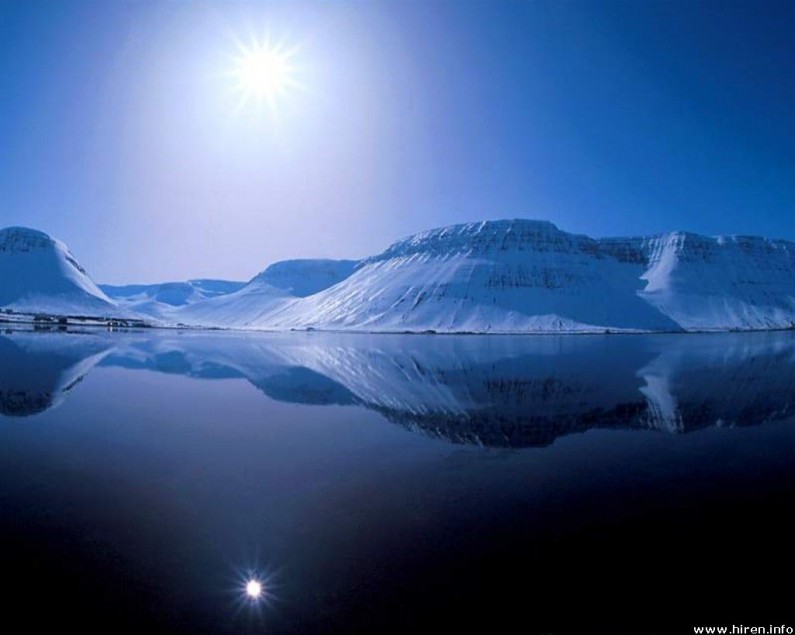 The tiny Nordic European island country of Iceland is presently experiencing one of the greatest economic comebacks of all time. After the privatization of the banking sector completed in 200o, the economy was thrown into a tailspin when over a five year period, private bankers borrowed 120 billion dollars (10 times the size of Iceland’s economy). A huge economic bubble was created, causing house prices to double, and making a small percentage of Iceland’s population rich enough to buy up overseas investments, mansions, yachts, and private jets, while leaving an absolutely un-payable debt for all Icelanders. Iceland was facing national bankruptcy.

In response to the failed banking system, in October 2008, Iceland’s revolution against this financial tyranny began, rather casually in the street, in front of the Icelandic general assembly.

In the duration of five months, the main bank of Iceland was nationalized, government officials were forced to resign, the old government was liquidated, and a new government was put in its place. By March 2010, Iceland’s people voted to deny payment of the 3,500 million Euro debt created by the bankers, and about 200 high-level executives and bankers responsible for the economic crisis in the country were either arrested or were facing criminal charges.

In February 2011, a new constitutional assembly settled in to rewrite the tiny nation’s constitution, which aimed to avoid entrapment by debt-based currency foreign loans. In 2012, Iceland’s economy is expected to outgrow the Euro and the average for the developed world, as estimated by the Paris-based Organization for Economic Cooperation and Development.

This video clip from the film Inside Job gives some background on what caused the financial crisis in Iceland.

So how does a revolution like this take root and activate a citizenry to effectively respond to grand scale economic theft by bankers and politicians?

Hörður Torfason, a lifelong activist from Iceland, is credited with organizing the Icelandic ‘Kitchenware Revolution’, beginning with a simple vigil in front of parliament aimed at educating passersby and ridiculing the blatant crimes of the elite who worked there. When the foreign financial community (the IMF and the European Union) pressured Iceland’s Parliament to pass laws dictating repayment of debts privately incurred by bankers, the revolution was formally ignited and nearly turned violent when some Icelanders began throwing rocks at the capital, attempting to pressure the government for redress.

Torfason and his supporters knew that a non-violent approach would be more effective, and formed a “human wall” of clearly marked orange-vested citizens between angry rock-throwers and the police line. Torfason believed that in order for a movement to be effective, one must use reason and information, as well as peaceful demonstrations, to send a strong message to politicians that the people refuse to pay the bankers’ debts.

The end result of the peaceful resistance to economic tyranny is a model for all Western nations who are currently being gutted by a totally corrupt banking system.

This story is much different than what has happened in the US since the banking crisis began in 2008. Large “bailouts” were granted to the bankers, and none of the responsible parties have faced criminal prosecution. And it appears that we are still at the mercy of the currency cartel and the dollar faces total destruction.

In Iceland, the prime minister was indicted, over 200 criminal charges were filed against the bankers, and all of the former CEOs of the 3 biggest banks were arrested. The new government supported citizens by passing a banking remittance that forgave debt exceeding 110% of home values. As a result, “banks have forgiven loans equivalent to 13 percent of gross domestic product, easing the debt burdens of more than a quarter of the population.” (source: Bloomberg.com)

“The lesson to be learned from Iceland’s crisis is that if other countries think it’s necessary to write down debts, they should look at how successful the 110 percent agreement was here. It’s the broadest agreement that’s been undertaken.” – Thorolfur Matthiasson, an economics professor at the University of Iceland in Reykjavik (source: Bloomberg.com)

“This is about our life and the future of the children, of the generations, of the young people.” – Hörður Torfason (source: http://vimeo.com/25824717)

Can America hold out for a banking miracle like Iceland’s and somehow muster the fortitude to demand an end to economic corruption? Perhaps Hörður Torfason is available to help get American mobilized.

Meltdown Iceland: Lessons on the World Financial Crisis from a Small Bankrupt Island by Roger Boyes
Inside Job movie by Matt Damon

~~ Help Waking Times to raise the vibration by sharing this article