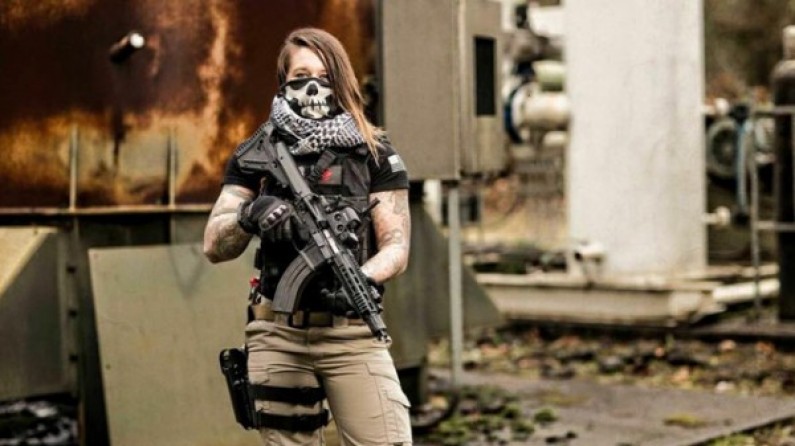 Kinessa Johnson is a former Army veteran who spent 4 years of her life in Afghanistan. She just recently made a trip to Africa in order to take on a new mission. Here’s how she described her new endeavor: “We’re going over there to do some anti-poaching, kill some bad guys, and do some good.” Johnson joined Veterans Empowered To Protect African Wildlife (VETPAW) as an anti-poaching advisor. VETPAW is a non-profit organization dedicated to employing US Veterans in order to help preserve and protect African wildlife from illegal poaching and hunting.

Joined by a team of veterans, Johnson arrived in Tanzania on March 26th to begin their mission. Immediately upon their arrival, they noticed a decrease in poaching activity. I mean seriously, who would want to get in a fire fight with Johnson and her team of battle tested warriors? Her team will train park rangers and patrol with them to provide support. According to Johnson, the African park rangers are in desperate need of their help. She mentioned, “they lost about 187 guys last year over trying to save rhinos and elephants.” Her team will provide training in marksmanship, counter-intelligence, and field medicine.

Johnson was inspired to join VETPAW by her love of animals and her desire to protect endangered species. Africa is the frontline for endangered species and is the biggest area for poaching. Africa is also home to the world’s largest populations of elephants and rhinos. Sadly, the revenue from the poached animals is also used to fuel war throughout Africa. Johnson says her first priority is to assist in enforcing the existing poaching laws and helping to educate the locals on why they need to protect their country’s natural resources.

Johnson is using social media in order spread the word about her cause and raise money. VETPAW has over 20,000 followers on Facebook and Johnson has over 40,000 followers on Instagram. I highly suggest following both profiles for some amazing photos of exotic African animals and updates from her team. Not everyone has the skills to take on armed poachers, but you can help Johnson and her team by donating to VETPAW and sharing their mission. You’ll also be able to follow Johnson and her team when their new show airs on the Discovery Channel.

Johnson was recently asked in a Reddit AMA whether or not her team had killed any poachers yet, to which she responded: “We don’t operate with the intent to kill anyone.” African poachers should be well aware not to test this badass. Check out the video below in which Johnson announced her new plans! (The discussion starts around the 1:20 mark)