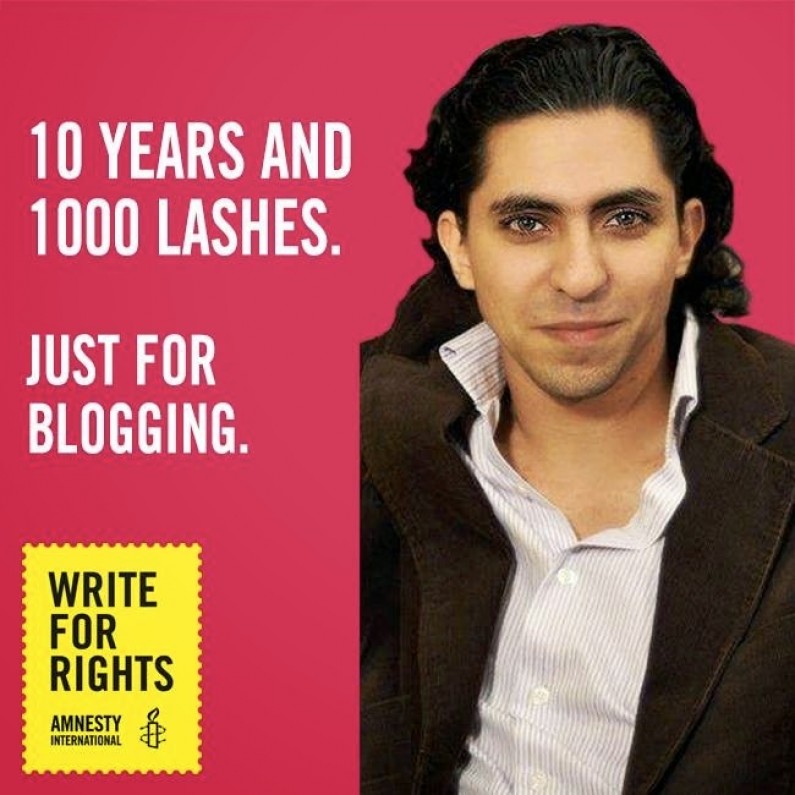 VIA “independent.co.uk” by Heather Saul

Saudi Arabia has been condemned for publicly flogging liberal blogger and activist Raif Badawi, who was accused of insulting Islam.

Amnesty International confirmed to The Independent that Badawi, who was sentenced to 1,000 lashes, received the first round of 50 in a public flogging after Friday prayers, which it says continue every Friday for 20 weeks.

A witness told the human rights organisation that Badawi was removed from a bus in shackles and taken to a public square in front of the al-Jafali mosque in Jeddah. He was then flogged in front of a crowd and security guards for 15 minutes, before being put back on the bus and driven away.

Amnesty says Badawi, who started the “Free Saudi Liberals” website, was arrested in June 2012  for creating an online forum for public debate and over accusations that he insulted Islam. His website has also been shut down.

Ms Paski said: “The United States government calls on Saudi authorities to cancel this brutal punishment and to review Badawi’s case and sentence.”

Badawi’s lawyer, human rights activist Waleed Abu al-Khair, has also been jailed for 15 years after being charged with “undermining the regime and officials”, “inciting public opinion” and “insulting the judiciary”.

“By ignoring international calls to cancel the flogging Saudi Arabia’s authorities have demonstrated an abhorrent disregard for the most basic human rights principles,” he said.

“It is appalling that 19 weeks of flogging await Raif Badawi over the coming months. Saudi Arabia’s authorities must act immediately to halt all further floggings.”