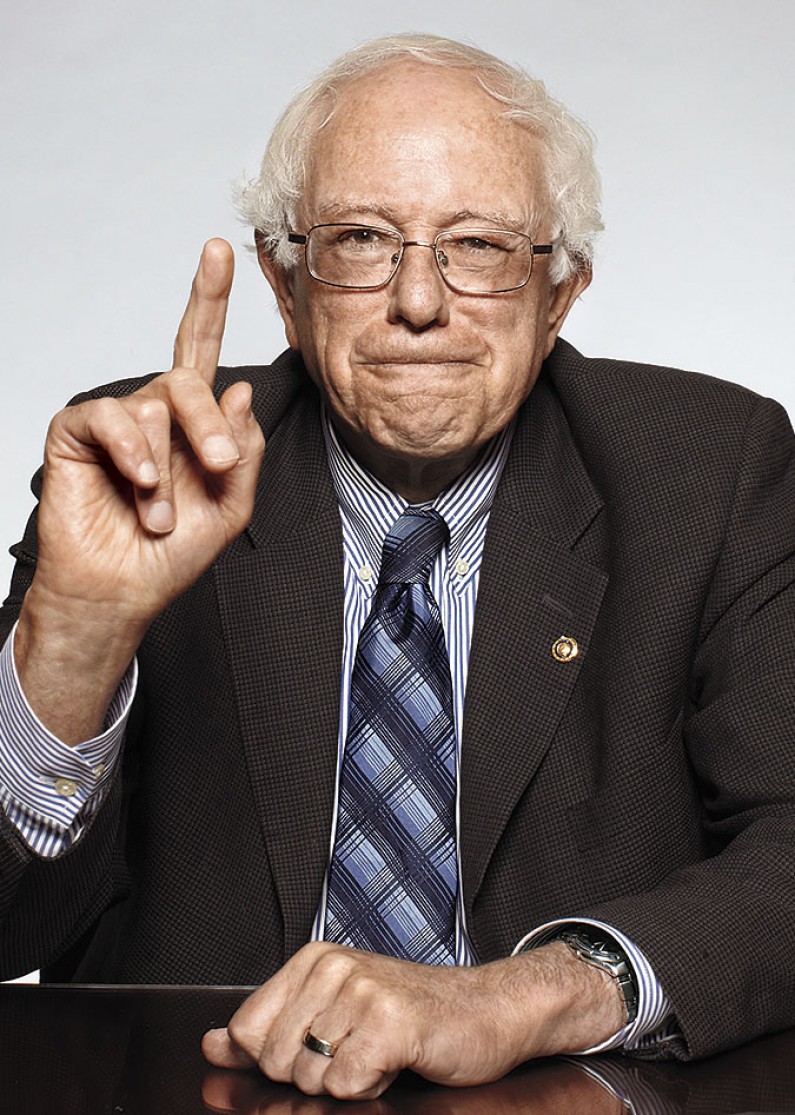 Early Wednesday, Sanders forced the Senate Finance Committee to abandon a legislative hearing on a bill that would grant Obama so-called fast-track authority on trade agreements. Sanders invoked an arcane procedural maneuver, objecting to a rule that allows committees to meet during legislative sessions. By doing so, Sanders has prevented the Finance Committee from dealing with the trade bill until at least 4:00 p.m.

That’s significant because Senate Democrats, including Sherrod Brown (D-Ohio), have prepared dozens of amendments to the fast-track bill, which will take several hours to address in committee. If the panel can’t finish its work Wednesday, or just decides to call it a day early and resume its business tomorrow, Sanders can raise the same objection again, potentially delaying the process for several days.

It’s not quite a filibuster, but it’s an aggressive maneuver to stall the trade package for as long as possible while Democrats and many Republicans marshal votes against it.

Sanders explained the motivation for his procedural gambit in a lengthy speech on the Senate floor.

Democrats have been howling about TPP for years, concerned that the agreement with 11 other Pacific nations will exacerbate income inequality and undermine key regulations in the U.S. and abroad. Sen. Elizabeth Warren (D-Mass.) has been particularly critical of a clause that would empower multinational corporations to challenge domestic laws and regulations before an international tribunal, which could jeopardize key environmental, financial and public health protections. The Obama administration treats TPP negotiation drafts as classified information, but leaks of parts of the pact have only heightened Democratic concerns.

The deal has opened a major rift between Obama and the rest of his party, including Senate Minority Leader Harry Reid (D-Nev.) and Sen. Chuck Schumer (D-N.Y.), who is next in line for the leadership position. TPP is one of the more contentious issues for Hillary Clinton in the Democratic presidential primary, and Sanders is considering challenging Clinton for the nomination.

Republican leadership in both chambers of Congress supports the trade pact, arguing it will boost U.S. exports and economic growth, but a host of tea party members in the House oppose the pact, arguing that it undermines American sovereignty.

The fast-track bill would strip Congress of its power to amend or filibuster TPP and other trade pacts for several years, and is widely viewed as essential to getting TPP approved. Under fast track, Congress sends the president negotiating objectives on trade as a set of non-binding instructions, which would be all but immaterial to the substance of an agreement the Obama administration has been negotiating for years. While most Republicans in both chambers support fast track as a means to enact TPP, many in the House oppose ceding Obama additional executive authority on principle.

Fast-track supporters had hoped that passing the bill by a wide margin in the Senate would pressure opponents in the House to change course. Efforts by Sanders, Brown and other Democrats to block the bill are intended to embolden House Democrats to vote against it. To date, only a handful of House Democrats have come out in support of the fast-track legislation.

The quasi-filibuster is not without risk. If committee chairman Sen. Orrin Hatch (R-Utah) decides to keep the Senate Finance Committee in session deep into the night, Sanders could be blamed for forcing everyone to lose sleep. Hatch and Senate Majority Leader Mitch McConnell (R-Ky.) could also devise their own procedural tactics to retaliate against TPP opponents.

This article has been updated with an additional quote from Sanders.