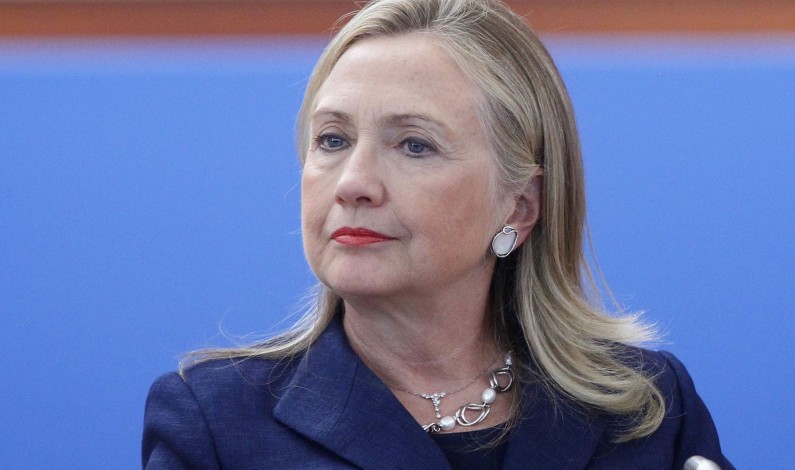 VIA “thehill.com” by Jesse Byrnes and Ben Kamisar

Clinton and her aides surely hoped that a high-profile news conference at the United Nations on Tuesday would help turn the page on the issue.

Instead, it threw up a number of claims that many observers — not all of them diehard ideological opponents of Clinton — view with skepticism.

Here are some of the claims that have drawn the most questions.

1. No classified information was emailed

Clinton told reporters that she never communicated classified information over personal email. Her team explained that she only viewed classified materials on hard copies in her office, and that precautions were taken when she traveled.

But critics, including potential GOP White House candidate Sen. Rand Paul (Ky.), questioned those assertions. Paul said on NBC’s “Today” show on Wednesday that, while she may not have sent classified documents, her conversations were likely classified by their very nature.

A number of government and privacy officials contacted by The New York Times also shed doubts on the idea that Clinton could have spent four years as the nation’s top diplomat without emailing any classified information.

“I would assume that more than 50 percent of what the secretary of State dealt with was classified,” an anonymous former State Department official told the Times.

2. More than half of her emails were personal

Critics were already clamoring about the existence of a private email account, but Clinton’s disclosure that she deleted 31,830 of the more than 62,320 on her account because her team deemed those emails private only egged on her opponents.

Clinton allies point out that she’s called for the State Department to release all of her official emails as proof that she’s committed to transparency.

Rep. Trey Gowdy (R-S.C.), who leads the House Select Committee on Benghazi, isn’t buying that claim. He wants her server turned over to an independent arbiter to check if she deleted unflattering emails.

“She doesn’t get to determine what is a public record and what is a personal record. Someone else needs to do that.”

3. Her private server was completely protected from hackers or theft

Clinton insisted that the Secret Service guarded the property that housed her server and that the server had “numerous safeguards.”

She also stated “there were no security breaches.”

But technology experts have pushed back on those assertions, with Chris Soghoian of the American Civil Liberties Union telling Wired it’s “almost certain that foreign intelligence agencies” knew about her private address. That claim came in an article headlined, “Why Clinton’s private email server was such a security fail.”

Clinton’s emphasis on the physical protection provided by the Secret Service has also puzzled some observers, given hackers’ ability to work from remote locations.

Additionally, it’s possible for hackers to infiltrate a system without leaving any evidence of their visit, or triggering any warnings.

“It’s certainly possible that the server was hacked and they just don’t know about it yet,” Jonathan Katz, the director of the University of Maryland’s Cybersecurity Center, told The Hill.

4. Are the deleted emails gone for good?

Clinton said neither she nor aides deleted government-related emails, but it’s unclear whether they could be recovered if they did.

Clinton’s email system was configured in such a way that it could permanently delete emails, Bloomberg reported last week. However, it’s unclear whether the server included backups.

“Nothing seems to ever be gone for good on the Internet,” Paul said on “Today.”

Asked Tuesday how the public can be sure all the deleted emails were private in nature, Clinton suggested that Americans would have to trust her.

“Even if you have a work-related device with a work-related .gov account, you choose what goes on that. That is the way our system works. And so we trust and count on the judgment of thousands, maybe millions of people to make those decisions,” she said.

5. She would have found it inconvenient to use two phones

Clinton maintained Tuesday she opted “for convenience” to use one phone and one email account when she worked at the State Department.

“I thought it would be easier to carry just one device for my work and for my personal emails instead of two,” she said.

But two weeks ago, asked at a Silicon Valley event whether she preferred Android or iPhone, Clinton said, “iPhone,” then added, “in full disclosure — and a Blackberry.”

6. Messages from President Clinton were on the server

“The server contains personal communications from my husband and me,” Clinton said Tuesday, describing her desire for the server to remain private, later adding “the system we used was set up for President Clinton’s office.”

Shortly before she said that, The Wall Street Journal reported that former President Clinton had sent two emails in his lifetime, both while in the White House, according to his spokesman, Matt McKenna. One was to astronaut John Glenn, the other to U.S. troops.

After leaving the White House, Clinton established his own domain for staff – @presidentclinton.com – but he himself didn’t use it, McKenna told the newspaper.

Hillary Clinton’s statements on this element of the controversy on Tuesday could be parsed in different ways, however.

She did not say, as many people initially assumed, that she and her husband had emailed each other. Her use of the word ‘communications’ also leaves open the possibility that there were messages of some kind on the server that emanated from President Clinton, but that these were not emails directly from him.