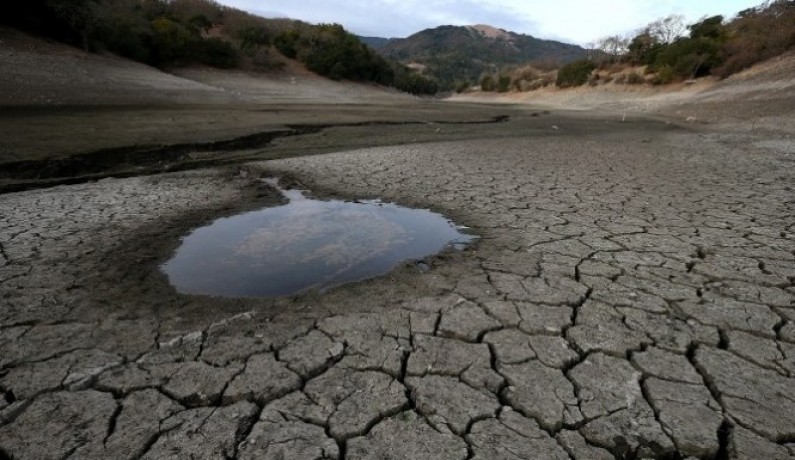 VIA The Anti-Media by Jake Anderson

(ANTIMEDIA) As most people in the country know by now, California is currently suffering from a severe, record-breaking drought. In fact, it’s the worst drought in 1,200 years. While Governor Jerry Brown recently issued a mandate for people to start conserving water, large corporations use up and waste vastly more water than individuals and small businesses, often in ways that are detrimental to the environment.

Let’s take a look at five of the most massive corporations in California that are the worst culprits when it comes to wasting water:

Nestle, once mainly known for its chocolate bars, is now becoming increasingly notorious for the way it uses up water in its bottled water products. Nestle, of course, has been criticized for using up water in drought-stricken third world countries. However, it is also doing this right at home in California. For example, one of the places where Nestle gets water is on the Morongo Reservation in the Cabazon region of the state. This is an area where groundwater levels of water have been steadily declining in recent years.

Harris Cattle Ranch is the largest producer of beef in California. At last count, it produced more than 150 million pounds of beef per year. While much of the attention on conserving water is focused on individuals, the fact is that more than 90% of the water used in California is used by agriculture. Cows consume more than twenty times as much water as humans. Crops such as soybeans and corn, which are heavily subsidized by the government, also use up massive amounts of water.

Occidental Petroleum is one of the oil companies in California that use enhanced oil recovery techniques, more commonly known as ‘fracking’. This is a practice that has become increasingly controversial due to potential health risks and suspected fracking-related seismic activity. Fracking also uses up large amounts of water. According to one estimate, a single well may use more than 5 million gallons of water to extract resources. Recent evidence also suggests that fracking companies have dumped waste water into aquifers, which contaminates the water with pollutants such as heavy metals and radiation.

California Dairies, Inc. is the largest dairy processing cooperative in the state, producing 43% of California’s milk and 9% of the milk of the entire country. Along with beef, dairy production is another practice that uses up incredible amounts of water. It actually takes as much as 30 gallons of water to produce one gallon of milk.

Paramount Farming is the largest producer in the nation of nuts such as almonds and pistachios. Almond production alone uses up more water than is used by both residents and businesses in Los Angeles and San Francisco combined. Most nuts grown in California are exported to various parts of the world.

California’s drought is a serious and complex issue. Solving it will take an effort on the part of many people, including individuals, politicians and businesses. When studying this issue, however, it’s important not to ignore the considerably more massive part played by large companies. We have seen what happens on a geopolitical level when vital resources begin to dwindle, and I’m not talking about Frank Herbert’s Dune, which features a planet in which the scarcity of water has made it the most precious of substances. People can help to conserve water in many ways. More importantly, in addition to using less water with everyday tasks, people can pay more attention to what type of products they buy and consume. If you are interested in the macro view of water conservation, consider boycotting the companies and industries listed above.