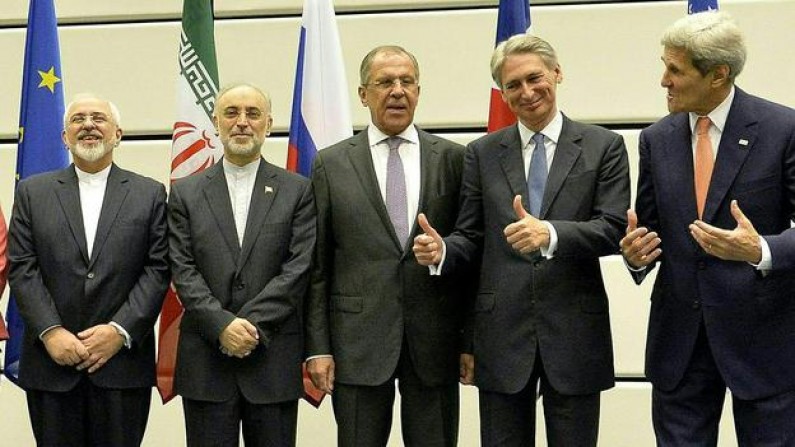 VIA Politico by Nahal Toosi

Recent polling suggests Americans both support and oppose the agreement, depending on how the question is asked.

Congratulations to supporters and opponents of the Iran nuclear deal! According to the polls, the American people are on your side.

Except for when they’re not.

As forces pro and con lobby Congress on the landmark deal, the polls have been a source of hope, disappointment and — at a minimum — perplexity for people following the debate.

A week ago, for example, an Economist/YouGov poll showed that 51 percent of Americans support the agreement. On Monday morning, however, Quinnipiac released a poll showing 57 percent of Americans oppose it. Then, a few hours later, a Wall Street Journal/NBC poll came out showing that Americans are evenly divided: one-third back the deal, one-third oppose it, and one-third don’t know enough to offer an opinion.

The differences go beyond the usual explanations of margin of error or differences in sampling, yet the results are being selectively touted by both sides of the issue in ways favorable to their cause.

Jim Gerstein, a Democratic pollster whose clients include J Street, a left-leaning Jewish group that backs the deal, said the variances often hinge on how the question is presented. “When people hear a fair description of this agreement they support it,” he said. “In absence of that, they just hear ‘Iran nuclear deal’ without any description — that’s not going to lead to a positive connotation.”

But Patrick Dorton, a spokesman for Citizens for a Nuclear Free Iran, a group affiliated with the anti-deal American Israel Public Affairs Committee, made almost the same argument, although he stressed he’s not a polling expert. “When you look at the polls you see that there is a lot of skepticism of an Iran deal,” Dorton said. “And if you ask the questions in the fairest way, then people tend to oppose it.”

One, overseen by the Pew Research Center, first asks people how much they’ve heard about the deal, then poses the question: “From what you know, do you approve or disapprove of this agreement?” Of the 79 percent who’d heard of the deal, 48 percent disapproved, while 38 percent approved.

The second, a Washington Post/ABC News survey, first explains the agreement (“As you may know, the U.S. and other countries have announced a deal to lift economic sanctions against Iran in exchange for Iran agreeing not to produce nuclear weapons. International inspectors would monitor Iran’s facilities, and if Iran is caught breaking the agreement economic sanctions would be imposed again.”) before asking whether respondents support or oppose it. The level of support was 56 percent.

A Pew analysis chalked up the differences to the wording of the question.

Because no two polls are exactly the same, it’s difficult to say which is most reflective of public opinion. But the latest WSJ/NBC poll is helpful to a certain degree on this front.

According to the Journal, the question asked in the latest poll is “very similar” to one conducted in June. Between then and now, the level of support for the agreement has stayed the same, but the level of opposition has risen — a warning sign for the Obama administration as it tries to rally support in Congress for the agreement.

Gerstein, however, noted that even looking at those two polls isn’t entirely an apples-to-apples comparison because the first poll was conducted before the 100-plus page agreement was unveiled in mid-July.

The political reality is that when it comes to the survival of the nuclear deal, broad national opinion may not count for much. What matters most — at least to the Obama administration — is retaining enough support from lawmakers in Congress to sustain a presidential veto in case the GOP-led House and Senate vote against the agreement.

That means pressuring a group of swing-vote Democrats in particular to stick with the president on what could be his biggest foreign policy achievement.

Knowing this, supporters and opponents of the agreement have mobilized activists to contact members of Congress. Donors have also weighed in — a factor that might matter more than anything else to a lawmaker hoping for reelection.

One group of people whose views are being touted in a way that could make a difference to swing-vote lawmakers are Jewish-Americans; some polling suggests most support the agreement, which is in line with American Jews’ broad support for Democrats.

Still, many of the fiercest critics of the deal are conservative pro-Israel organizations that deem Iran an existential threat to the Jewish-majority state.

A senior Obama administration official said the White House has been following the polls closely, but insisted that many of the surveys are conducted by interest groups doing push polls that lead to “skewed results.”

“Our takeaway has been that when the American people are familiar with the details and when they are provided what they need to make an informed judgment that they favor this deal,” the official said.

The official also noted that many polls show that even if Americans support pursuing negotiations with Iran, many still don’t trust the Iranian government.

“The good news is that neither do we,” the official said. “That’s why we’ve crafted a deal built not on trust — but on robust verification and monitoring.”