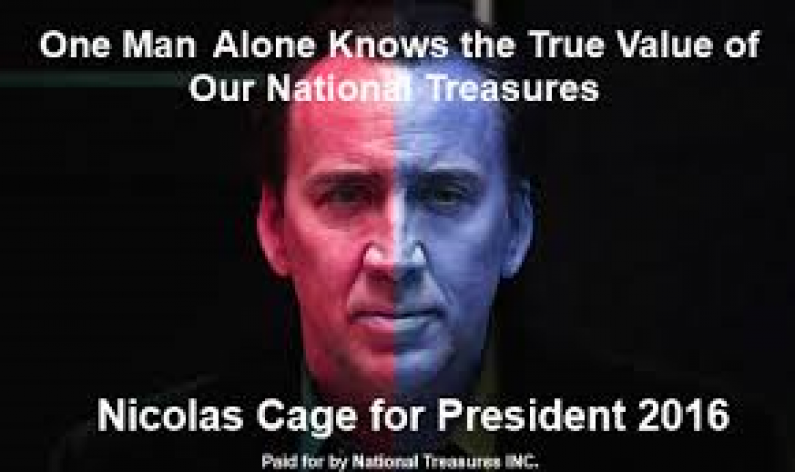 VIA “centerforpolitics.org” by Larry J. Sabato

Well, that didn’t last long! By that, we mean our pre-Christmas ordering of the GOP presidential field. We shouldn’t be surprised. Politics never takes a long holiday break anymore.

First prize for early maneuvering goes to Jeb Bush. His unexpected, all-but-in announcement on Dec. 16 stunned his competitors and the political community. Bush didn’t just accelerate the entire process, including forthcoming announcements by rivals, but he also gained a leg up in conventional wisdom’s positioning.

So for the first time in a while, we elevate a candidate to the First Tier of the Crystal Ball’s GOP rankings for president. Jeb Bush fills a long-established vacuum. Our decision is tentative; his poll ratings are still underwhelming, and Bush is a shaky frontrunner. Yet Bush is No. 1 on a giant roster as we begin the long roller-coaster process of picking the party nominees over the next year and a half.

We are amazed that Republicans could nominate their third Bush for a fifth run at the White House since 1988. Such family dominance of either major party is unprecedented in American history, unless you want to link Republican Teddy Roosevelt’s one nomination (1904) with Democrat Franklin Roosevelt’s four nominations (1932-1944). The Roosevelt presidencies were separated by party labels and 24 years. The Bush presidencies, should Jeb win it all, will have been separated by just eight-year intervals.

By no means is Bush a sure thing — far from it. The path to the nomination will likely be tougher for this Bush than it was for his father in 1988 and brother in 2000. The party establishment is still a force to be reckoned with, but nowhere near as dominant in the GOP of 2015 as it was in those earlier times.

Currently, more than three-quarters of Republicans want someone other than Bush. The frontrunner depends on a split in conservative ranks — which appears to be happening — as well as a concerted push by the party’s establishment leaders and donors to freeze out Bush alternatives (including Mitt Romney, Marco Rubio, Chris Christie, Scott Walker, and John Kasich). We’ve always doubted Romney would run unless the pragmatists in the leadership and donor class deemed a rescue mission essential; right now, they do not. The remaining Bush alternatives are still in the game, though.

The other major development is in Tier Six (Wild Cards), with Mike Huckabee’s dramatic move. Most observers had severe doubts Huck would run, given his six years away from elective politics and his lucrative Fox News Channel gig. Now the former governor has walked away from a large TV paycheck and started assembling a campaign team. We’re moving him to Tier Three, where he joins other “Outsiders” Ted Cruz and Ben Carson. Huckabee, a Baptist preacher, has deep, genuine appeal to social conservatives, as do Cruz, Carson, and Rick Santorum.

There are additional pluses for Huck: He’s been around the presidential track with some success, and in 2008 demonstrated strength among blue collars. Nevertheless, a repeat Iowa victory in 2016’s caucuses is hardly guaranteed because he’s splitting evangelicals with many others. Huckabee might also have trouble, as he did in 2008, raising the tens of millions needed to compete throughout the season. Moreover, the Club for Growth and other anti-tax and spending groups will mobilize against Huckabee, claiming he had a “liberal” record on their issues while governor of Arkansas.

No other deck-shuffling is warranted at the moment on the GOP side (or for that matter, among the Democrats, who are mainly frozen while they await Hillary’s definitive signal).

At the same time, Marco Rubio gets a gold star for standing firm and not caving simply because his ally and fellow Floridian Jeb Bush has big-footed him. Bush may yet crush Rubio’s candidacy. It’s not so much because the Sunshine State can’t support dual contenders (actually three, because Huckabee now resides there) but rather that Rubio requires the backing of the moneyed class that won’t abandon Bush easily. Many top GOP leaders see Rubio as possible VP material for a non-Bush nominee, or they simply hope he’ll run again for Senate.

By the way, if Bush is the presidential nominee, Rubio wouldn’t be chosen for VP, but not for the legal reason commonly cited. A Bush-Rubio ticket is in fact constitutional, despite a widespread belief to the contrary. Yet such a matchup obviously makes little political sense, and Florida’s electors — assuming the GOP ticket wins in the state — would have to abstain in the vice presidential voting unless either Bush or Rubio has moved his voting residence outside of Florida. If the presidential contest is close in the Electoral College tally, these abstentions would open up the possibility that no one would obtain an Electoral College majority for VP so that the Senate would choose the next vice president under the terms of the 12th Amendment to the Constitution. With Bush-Rubio, the GOP would be making a risky and unnecessary bet that the Senate in early 2017 would still be under Republican control.

A tongue-in-cheek postscript: After a vigorous debate, the Crystal Ball team has decided not to demote Chris Christie to a lower tier. Christie’s over-the-top performance in Jerry Jones’ box last weekend, with his bear-hugging of Jones and his jumping up and down while squealing like a schoolgirl, infuriated and disgusted millions (our considered estimate). Still, it would be probably unwise, though somewhat just, to take out the nation’s massive dislike of the Dallas Cowboys on Christie. Yet Christie’s demonstrated aversion to Detroit, and his snubbing of New Jersey-area home teams, may earn him the voters’ rebuke in the Lions’ Michigan, the Giants’ and Jets’ New York, and the Eagles’ Pennsylvania.