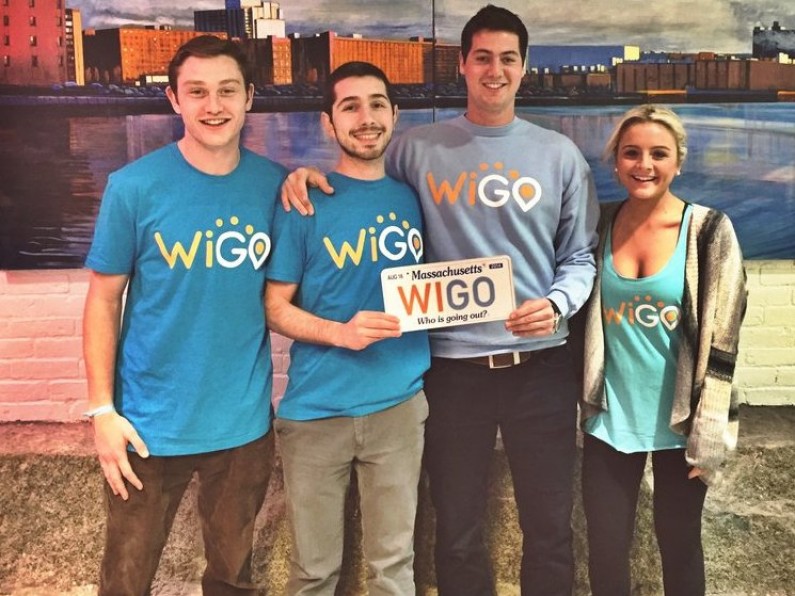 VIA “businessinsider.com” by Julie Bort

Since September an app called Wigo, the brainchild of 23-year-old college dropout Ben Kaplan, has become the hottest thing on college campuses.

But the thing that is making kids go wild for this app is that they can’t just download it and use it. They have to really, really want it, getting hundreds to thousands of their schoolmates to sign up on a waiting list. Only then will Wigo “unlock” the app at their school.

“People say that Wigo is similar to Yik Yak, but the only thing we have in common with Yik Yak is that college students love using it,” Kaplan told Business Insider, referring to the anonymous social-media app. “We like to think of it as LinkedIn for colleges. It takes the network effect.”

Wigo even has what is known as school ambassadors, college kids who recruit others to sign up for the app until the school hits the magic number to be unlocked — somewhere around 5% of the college’s population.

Making college kids wait has turned out to be pure genius. The app has been widely available only since September but has been downloaded and requested at more than 1,200 campuses, is in use at 73 schools, and has more than 100,000 active users.

Better still, the Wigo team just raised its first major round of venture funding, landing $1.4 million at a valuation of $14 million, Kaplan tells us.

Its backers and advisers are a who’s who and include Paul English, founder of Kayak; Kevin Colleran, Facebook’s first sales guy; Tinder cofounders Sean Rad and Justin Mateen; and other famous names, such as Vince Wilfork, Pro Bowl lineman for the Patriots.

This is all happening even though the app has no revenue — it doesn’t even have a business model yet. The team will eventually work on that, perhaps via discounts and services from local businesses that would like college students to come and party at their venue, Kaplan says.

From idea to dropout entrepreneur

Kaplan came up with the idea two years ago, when he was a freshman at a small school outside of Boston called Holy Cross. He noticed his friends spent an ungodly amount of time making party plans.

“All my friends were asking the same questions, every Thursday, Friday, Saturday night: Who is having a party? Which bar are we going to meet up?” he said. “It was a big cluster of frantic text messages, maybe some Facebook events that were kind of lame and outdated just to figure out, where are we going? Who is going out?”

Kaplan decided to build an app called Who Is Going Out (Wigo) for his school. The only problem: He wasn’t a programmer. He spent the summer designing the app, then borrowed money from his parents and hired a programmer.

“I launched it at my school,” he said. “Within three weeks, half the school was using the app.” That was about 13 months ago, in January 2014.

The local papers wrote about it, and that led various people in the tech industry to reach out and offer advice. One of them worked for Kayak and introduced Kaplan to Paul English, who had just launched a new accelerator program.

“I had to make a decision,” Kaplan said. “Either this goes onto my resume as a fun experience, or I take it to the next level. Paul had built Kayak into a $2 billion company, and he was telling me, ‘I see huge potential in what you are doing.'”

That gave Kaplan the confidence to drop out of college and enter the accelerator.

English introduced Kaplan to another wonder kid, Giuliano Giacaglia, who became a Wigo cofounder. At 21 Giacaglia had graduated from MIT with a master’s degree in artificial intelligence/robotics. He had already turned down jobs at Facebook and Microsoft after interning for both.

Once in the program, Wigo quickly raised about $500,000 in seed money. And then something weird happened. College kids were calling Wigo begging for the app.

One of them, 19-year-old Tyler Swartz, a freshman at University of Maryland, saw the app when it launched in the app store. He reached out to Kaplan, and Kaplan explained the network effect.

Swartz became an ambassador for the app. He got his frat brothers and their friends to download it. Within 24 hours, the app had hundreds of downloads and unlocked the school.

“They called me the Wigo kid,” Swartz told us, because he talked about the app so much.

Kaplan made Swartz an intern and watched him bring in another 1,500 users in seven weeks, helping find ambassadors at other schools. When offered a job, Swarz dropped out of school to become the company’s director of business development.

It was a similar story for Claire Uhar, who also dropped out of the University of Maryland to help Wigo market the app.

The company now employs five people ranging from age 19 to their early 20s, four of whom dropped out of college to work there. And it has a growing network of ambassadors such as Andrew Nelson, a freshman at the Gabelli School of Business at Fordham University.

“I heard about the app through one of my Facebook friends,” Nelson told us. He said he called Wigo and asked to be an ambassador. Kaplan called him back and talked to him about his own startup ideas.

“It was amazing to know that there was another college kid out there with big ideas who wanted to change something and succeed; it gave me a lot of confidence and hope,” Nelson says.

Here are some screenshots of the app, so you can see for yourself what all the fuss is about.

Use the app to talk to your friends about going out