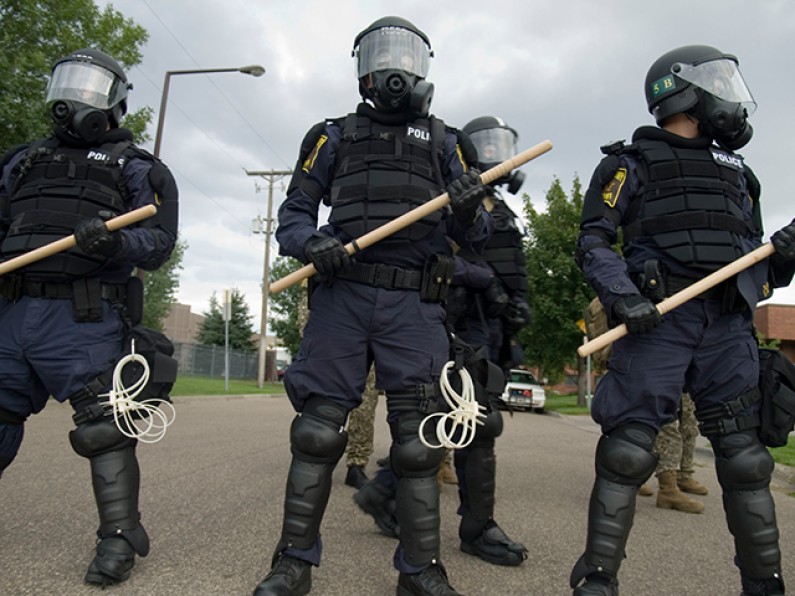 Rebecca McCray is a TakePart staff writer covering criminal justice and legal issues. She is based in New York.
full bio follow me

Like many Americans, Sam Sinyangwe had a lot of unanswered questions after black teen Michael Brown was shot and killed in Ferguson, Missouri, last summer by a white police officer. The 24-year-old knew unarmed black people were being killed by police across the country, but he didn’t know how many, or where it happened the most.

There is no comprehensive national database of police killings. As a data scientist and activist, Sinyangwe wondered how advocates and policy makers could engage in any sort of meaningful conversation without those basic facts. On top of professional curiosity, Brown’s death hit home for Sinyangwe, who kicked around soccer balls growing up in the Florida neighborhood where Trayvon Martin was killed by gunfire.

“As a young black man, I felt unsafe,” Sinyangwe told TakePart. “This was happening everywhere—not just in Ferguson. Yet we didn’t really have the data to show how widespread this issue was, and how black people in particular are being targeted by police violence.”

Sinyangwe turned to the numbers that did exist. As a policy analyst at PolicyLink in Oakland, California, a research institute that works to advance economic and social justice, he is no stranger to data sets. He started with deaths tracked by the Bureau of Justice Statistics and the FBI but found that they significantly undercounted the victims, excluded location, and didn’t always include race. He overlaid the two data sets and then turned to crowdsourced databases created by journalists and advocates who were disturbed by the lack of data collected by the government, such as Fatal Encounters and Killed by Police. While existing sites offered a richer variety of information than government sources, they didn’t encompass as many incidents as Sinyangwe hoped to track, and some of the sites weren’t coded by race.

So he and fellow activists DeRay McKesson and Johnetta Elzie, whom he met on Twitter, took on the task of sifting through the combined records to recheck and code every entry. After a few months, Mapping Police Violence was born. The project covers “90 percent of the universe of police killings according to the best research available out there,” Sinyangwe said, including whether or not the victim was armed or unarmed. Last year, the project found, 304 black people were killed by the police; 101 of them were unarmed.

Americans have become familiar with many names of unarmed black people who died at the hands of police in recent months—from Eric Garner to Tanisha Anderson and Walter Scott—but the project shows there are other deaths that get little attention. In Detroit, for example, the police department doesn’t release the names of victims of police killings. The same goes for Houston. Sinyangwe and his collaborators were left to rely on media reports, which they believe resulted in an undercount of victims. Their hope is that people on the ground in these areas will reach out and help them fill in the blanks.

“Place matters,” Sinyangwe told TakePart. “A black person in St. Louis is more likely to be killed by police than by dying in a traffic accident. This is the level of violence that folks are experiencing, and they have every reason to be afraid.”

The project has already garnered the attention of data experts like those led by elections expert Nate Silver at FiveThirtyEight, and Sinyangwe has appeared on CNN to share his team’s work. They plan to collect and map data back to 2011, with data broken down by city and eventually zip code for a more focused analysis. By highlighting the difference in rates of police violence in certain locations, they hope to motivate elected officials and others to work for measurable change.

Sinyangwe hopes the project will spur a discussion about why the government didn’t collect the data in the first place.

“If I could do this in several months, why haven’t they collected this data?” he said. “This is more than a question of legislation; this is a question of political will.”