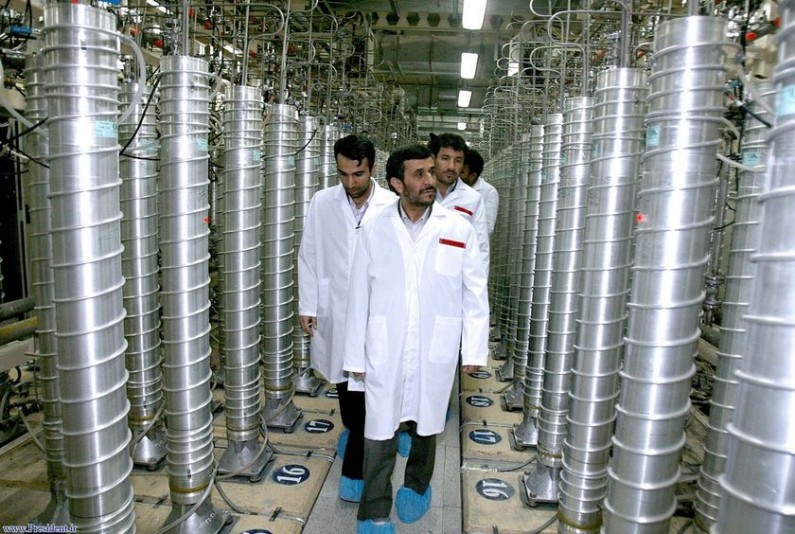 The Senate will soon vote whether to require President Barack Obama to submit the final Iran nuclear deal to Congress for approval. A bill requiring that approval, named after Senate Foreign Relations Committee Chairman Bob Corker, passed his committee unanimously on Tuesday. It is certain to pass both chambers with strong bipartisan support. For the past two weeks, President Obama threatened to veto the bill. After he counted the votes, he finally caved, but not before his Senate water boys had diluted the legislation.

Most of the debate has focused on the deal’s wisdom. The questions are serious. The administration proudly announced a framework deal, but its talking points were strenuously rejected by Iran’s supreme leader, Ali Khamenei, who used invective normally associated with 2 a.m. bar fights. Basically, the U.S. and Iran do not agree on whether all suspected Iranian nuclear sites are subject to inspection, whether inspections have to be announced well in advance, and whether Western sanctions will be removed immediately or gradually (as Iran demonstrates its compliance). Since these are the very heart of any deal, there is clearly no deal yet, nor an agreed to framework for one.

Skeptics fear Obama’s concessions would allow Iran to come close to assembling a bomb (the president acknowledged as much in an interview), that Iran will cheat unless there are intensive, surprise inspections throughout the country, and that the whole arrangement will to lead to regional nuclear proliferation, beginning with Saudi Arabia. These are big questions – they couldn’t be bigger. That is exactly why our Constitution requires Congress to review our nation’s most important bargains. It does with even the most routine trade agreements, and it certainly should with a deal this consequential.

The Constitution was designed to solve several problems. One was to overcome the impotence of the Articles of Confederation and create a national government that could act effectively. The second was to set clear boundaries on what that government could do – and what it could not do. That is why the Constitution created a government of limited and enumerated powers. That idea, codified throughout the Constitution and especially in the Ninth and 10th Amendments, has been on life support for 80 years and counting.  The third was to prevent the rise of unchecked power in one branch of government. As George Washington once said, he had not fought against the overwhelming power of King George of England so he could become King George of America.

To prevent the catastrophic aggregation of power, James Madison and the Constitutional Convention in Philadelphia came up with a brilliant and profound solution. They divided power in two ways, in hopes each power holder would defend its prerogatives. One division was between the national government and the federal states. The other was between the executive and legislative branches. (The judiciary was not considered nearly so important at the time.)

Washington crushed the states long ago. Today, most laws passed in Albany, Austin, or Augusta are implemented only if the White House or some federal bureaucrats don’t object too strongly. The Feds can tie them up in litigation for years or simply yank the funding that now underwrites so many state and local programs. Even areas like K-12 schooling, which were local matters until recently, have become nationalized.

I heard the death knell sound during the 1970s oil crisis, when Washington mandated that no car could travel faster than 55 miles per hour and every state must pass laws allowing cars to turn “right on red” (to save gas). Going 55 miles an hour was sheer lunacy in rural Montana. Turning right on red was a death-defying act in Boston, where cars smashed into each other at roughly the same rate as in a “Fast and Furious” movie. But the Federal Government Knew Best. The states were not required to pass those laws, but if they didn’t, the feds would cut off their highway money. That’s how strong-arm tactics work. “Nice highways ya’ got there, Massachusetts. Hate to see anything bad happen to ’em.” If states cannot decide on their own traffic laws, then that part of the Founders’ Constitution is like Monty Python’s Dead Parrot. It is deceased, expired, gone to meet its maker. It “wouldn’t ‘voom’ if you put 4 million volts through it!”

The Corker Bill on Iran raises the same Dead Parrot Question: Is the legislative branch bleedin’ demised? If an Iran deal is finally reached, it will be the most important nuclear agreement in several decades. It will be the most important international agreement the U.S. has reached since the end of the Cold War. Whether you call it a treaty or not, Congress is absolutely right to insist on reviewing the final deal and having final authority to lift sanctions. Otherwise, Congress has voluntarily forfeited its role as a counterweight to executive power, the very essence of America’s constitutional framework.

That framework has produced the most durable republic in world history. Presidents from both parties have tried to trample it, just as James Madison expected they would. The question is whether Congress will do what Madison expected and push back, not just on Iran but on overly ambitious executive actions and bureaucratic diktats. Or will it stand lifeless, nailed to a perch, as rigor mortis sets in. The plumage may be beautiful, but the parrot itself has kicked the bucket and gone to join the bleedin’ choir invisible.

RCP contributor Charles Lipson is the Peter B. Ritzma Professor of Political Science and the Founder and Director of the Program on International Politicis, Economics and Security at the University of Chicago. He can be reached at charles.lipson@gmail.com.