Nigeria is Letting Boko Haram Get Away With Murder 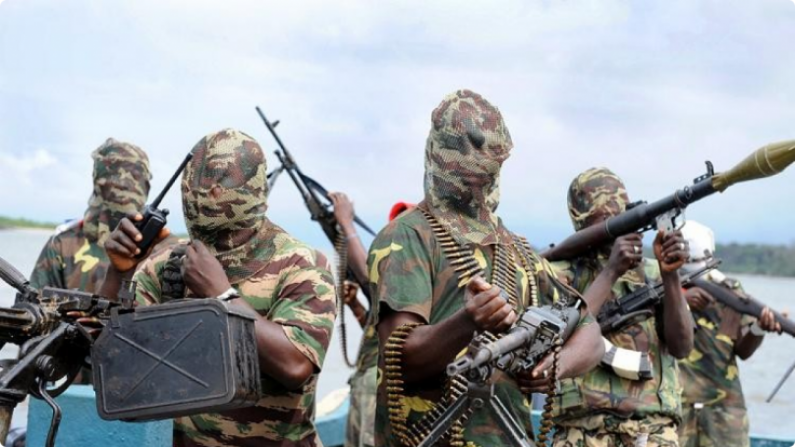 VIA “thedailybeast.com” by Barbie Latza Nadeau

Remember the #bringbackourgirls campaign? The girls are still gone and as the body count rises in Nigeria, the country’s leaders are almost as silent as the global community.
No one knows for sure how many people Nigeria’s militant Islamist group Boko Haram killed in a string of violent attacks last week because there are few people left to count the bodies.
The first slayings came when the militants razed the community of Baga on Lake Chad, killing hundreds and possibly as many as 2,000 civilians with little effort or care. Those who survived reported fleeing over fields of bloody corpses. A few days later, a barrage of females—including a 10-year-old girl thought to be among those kidnapped by the extremist group last April—were corseted with explosives and used as human detonators to kill scores more.
The only thing worse than the global community’s collective amnesia about the once-viral #bringbackourgirls campaign and the indifference to the latest bloodshed is the detachment shown by the Nigerian government, which still has not made a formal comment on the latest atrocities. “In this worsening narrative, women as collateral damage or easily dismissed war booty or victims or tools is a major step backward,” Adotei Akwei, the Africa advocacy director of Amnesty International, told The Daily Beast.  “Not only in terms of gender bias, but in terms of accountability for all involved.” As Nigeria prepares for elections next month, accountability—or lack thereof—seems to be the most important campaign topic not being discussed by the candidates.
No one seems ready to catch the killers or take responsibility to stop the violence, despite estimates by the Council on Foreign Relations that more than 10,000 people lost their lives in 2014. The elections will be a repeat of those held in 2011 with now-incumbent Goodluck Jonathan, a Christian from the south who heads the People’s Democratic Party (PDP), challenged by Muhammad Buhari, a Muslim from the north, who heads the All Progressives Congress (APC).  Buhari was briefly head of state in the mid-1980s when he was a general and Nigeria was a military state, but he was toppled in a coup that paved the way to democratic elections.
According to a Gallup Poll released Tuesday, only 8 percent of Nigeria’s population say they believe in the fairness of the upcoming elections. The accountability issue in Nigeria is as multifaceted as the country is corrupt, said Carl Levan, a professor at the school of International Service at American University in Washington and author of Dictators and Democracy in African Development. He says that the reluctance to pursue Boko Haram, which flies the jihadi black flag and publicly supports ISIS, stems from the fact that sitting President Jonathan, who is from southern Nigeria, risks an electoral backlash if he comes down hard on his military’s ineffectiveness. “There’s never been much of an attempt to pursue Boko Haram within the criminal justice system,” Levan told The Daily Beast. “Jonathan had previously floated the idea of an amnesty for Boko Haram … but the brutal calculus of the terrorists’ violence made it more difficult for Nigerians to accept.”
What’s at risk by letting Boko Haram “get by without it” extends far beyond instability in Africa’s largest economy.  It also means the very probable loss of an entire generation of women, not just as potential contributors to the economy, but as mothers and wives. Omolola Adele-Oso was just 16 when her mother took her out of Nigeria to the United States, where now, at 35, she has become a vocal activist for her country.
Last April, when Boko Haram abducted more than 200 young girls, she helped co-found Act 4 Accountability to rally support in the U.S. to put pressure on Nigeria to bring back the girls. She is spearheading a Twitter conversation under the hashtag #act4reform to start a dialogue about the upcoming elections with an eye toward putting the same kind of pressure on Nigeria to reform.
Adele-Oso says Nigeria’s biggest problem is that the system is both broken and incompetent. She says the country is segregated between those from the north and south, and those who are Muslim or Christian. “We need to figure out the sovereign state of Nigeria. The hierarchy of order is missing. How can 2,000 people be killed and we still have no official response from the government?” she told The Daily Beast. “Who is really in charge?”

“It shocks me that the international community can turn a blind eye. But the fact that the administration has let these atrocities go unchecked is just spectacular incompetence.”

But she says the women who will be missed when the body count is tallied are the mothers of the next generation. “It’s girls, it is women who make sure the family is still standing,” she says. “They are the ones in the market, on the farms. When you try to annihilate a whole generation of economy supporters—your women—what do you leave your economy with?”

Adele-Oso says Nigeria’s problems are so great, women have lost hope. “Apathy continues to be the underbelly,” she says. “So much has gone on for so many decades, there is a running theme that ‘I need to survive, I need to get to the next day.’ There is a long way to go before they see women as serious leaders in our country, and that women are given opportunities that they deserve. I worry we are losing a generation of potentially brilliant leaders because our country is inept.” Dapo Olorunyomi, the managing editor of Nigeria’s Premium Times, agrees. He also predicts the loss of a generation of potential leaders by not educating women. “If people send kids to school, it won’t be the girls,” he says. “Islamic tradition does not privilege the female child. You have to make a decision and have to choose between a boy and a girl. It is traditional African thinking that you want to put an investment in the boy.”

Olorunyomi also told The Daily Beast that the lack of transparency is reflected in the lack of a free-moving press.  “We don’t have any journalists on the ground to tell the stories,” he says. “And it is not possible because Boko Haram aren’t the kinds of folks who have people who deal with media relations.”
He says that lack of a public narrative feeds into the perceived negligence shared by the rest of the world. “It shocks me that the international community can turn a blind eye,” he says. “But the fact that the administration has let these atrocities go unchecked is just spectacular incompetence. It’s beyond words.”The dangers of ignoring Nigeria are great, says Amnesty International’s Akwei, who, like many Nigerians, noted a stark contrast to the global attention on the terror attacks in Paris last week, where 17 people were murdered, versus a lack of attention for the more than 10,000 victims in Nigeria in 2014 at the hands of a far more organized Islamic terrorist organization. “The attacks in Paris were a global issue,” he says. “It is very, very appalling, just based on the numbers of dead. Even if it’s less than 2,000—several hundred—it’s still a significant problem.”But he doesn’t blame the outside world. “I think [the first problem is] is the Nigerian government’s handling of the issue,” he says. “The government has either lost its ability to develop a cohesive response, or they are running on the strategy of minimizing the story because there are ‘larger issues’ they want to focus on in the elections next month. I think there is a larger internal battle on who controls the story.”

He also worries that the upcoming elections won’t make things better. “We seem to be very complacent or lackadaisical at Boko Haram’s activities, and I don’t know why,” he says. “We are losing ground on the levels of violence, the numbers, the accountability issues—we shouldn’t be losing ground on everything.”

As the country readies for elections, many Nigerians hope the international community would apply the same pressure to their government they showed last April when Boko Haram abducted the schoolgirls. “All of the people that came together for that viral campaign need to realign their energy and put pressure on the government now,” says Akwei. “If anyone can do it, it is Nigerians abroad saying we need to do something to push fundamental changes forward.”

Adel-Oso is more philosophical when it comes to the question of why the world has forgotten the #bringbackourgirls campaign and largely ignored last week’s massacres. “Everyone is seeing that in contrast to the global attention that was given to France last week,” she says. “But I push back and ask why is it that Nigeria doesn’t demand it? It’s not as if Boko Haram crept up overnight—we’ve been dealing with them for years.”

Journalist Olorunyomi is optimistic. He says that if the country could find a way to steer out of the current mess, Nigeria could be a world power economically and culturally. But the road ahead is long. “We can’t be overgenerous in our expectations,” he says. “But we can’t just give up either.”