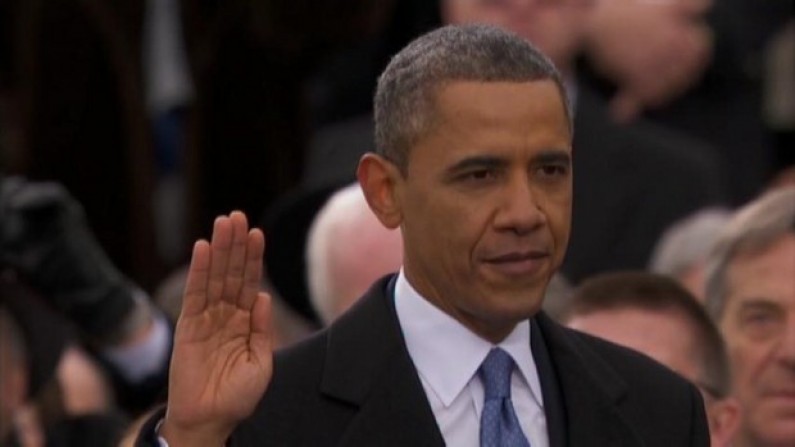 Very simply, we wanted to take a closer look at something that’s been highlighted by media and Obama admin watchers; his taste for executive Orders.  Many policies have been opposed by the majority, only to get passed through by these centralized devices that allow a leader to bypass other branches of power. Let’s look at all the angles.

The Critics Say: The president is abusing his power by issuing executive orders to ram policies through. He’s a dictator. The world is ending.  Okay… I’m hearing you. But, let’s look at the facts.

First, how many times has Obama actually used an Executive Order?  There have been many myths circulating about this number.  Some people claim it is in the 900’s or even in the 1000’s.  The Truth is that executive orders are public knowledge so we have direct access to them in the Library of Congress… so, that’s where we’ll look.  When President Obama first started his term his EO list started from #EO-13489.  As of January 1st of this year the list is on #EO-13655.  This means that Obama has actually only issued 166 executive orders.  This number is considerably lower than some people claim.  With 166, he falls in the same ballpark as the recent George W. Bush(291) Bill Clinton(363) and George H. Bush(165).  This should give you some perspective. Maybe this isn’t an Obama problem, but a system problem.

Of course, this doesn’t change the fact that Obama has pushed through painfully unpopular and controversial legislation. Let’s look a little further.

Seal of Power: He’s not off the hook by any means. Through executive order the president has ordered presidential records be sealed, meaning we have no access to its contents. Also, the president’s czar-nation now includes 40 officials and heads of departments who were appointed without Congressional approval. He’s even gone as far as to avoid Senate approval when Senate is in session (Ex: National Labor Board), which is a truly unprecedented move.  But, how has the president been getting so much out-of-favor legislation passed without an overwhelming number of executive orders? The Answer; Executive Action.

Action over Everything: Executive Order and Executive Action look and sound similar, but understanding their differences is key…

They are both tools that the President has at his disposal to enact certain legislations.  The general public does not know what an executive action is because it was not a widely used device until Barack Hussein Obama.  In fact, Obama is the first modern president to use executive action.  Executive action can be described as any informal proposal by the president and as almost anything the president calls on Congress or his administration to do. They carry no legal weight and when they set policy, they can be invalidated by the courts or undone by legislation.  The problem is that the process for appeal is lengthy and arduous.

Obama has favored executive action when the issue is considered controversial or sensitive, as a way to side step congress.  Some major issues that the president has used executive action for are gun control, immigration, and drone strikes.  The President issued 23 executive actions on gun control alone. These include nose-to-nose threats to the 2nd Amendment such as big incentives for states to share information with the background check system and require federal agencies to make relevant data available to the federal background check system.  Out of these 23 actions, 20 were directives that did not require the president’s signature to be put into effect.  Many opponents say that this type of action should be considered an unconstitutional attempt to bypass the legislative branch of the U.S. government.  Marco Rubio is quoted saying “Obama was abusing his power by imposing his policies via executive fiat instead of allowing them to be debated in congress” showing that opposition to the use of executive action is just as strong as executive order.

As long as we are going to discuss the topic – let’s be fit to synthesize it accurately.  Once you have the facts lined up, it’s pretty obvious that whether it be executive order or executive action, Obama is using power like a corporate raider with tunnel vision. By avoiding negotiation and cooperation with Congress he relies on his bully pulpit, pen-and-phone strategy. As opposition from Congress (and even Senate) grows, Obama announces the “We Can’t Wait” campaign.  In regards to this campaign the President has said “we’re not just going to be waiting for legislation in order to make sure that we’re providing Americans the kind of help they need.  I’ve got a pen and a phone.”  Yikes. He later said “we use all the tools available to us, not just legislation or order to advance a mission that I think unifies all Americans.”

This is code for; I’ll do whatever I want. Do you know what will unify Americans? Americans. Not Barack Obama’s failing game plan. The political rhetoric is old and played out. No one is buying it. We’re not, you’re not and it’s time for real solutions to our problems. The President has proved that by any means necessary, namely executive orders and actions; he’ll try and create His America.

Well, we want Our America. And so let’s listen closely. Let’s pay more attention. Let’s hold a President with lost promises and a marred recovery accountable. And he will be accountable.

One Response to "Barack Hussein Obama’s history of executive Power"