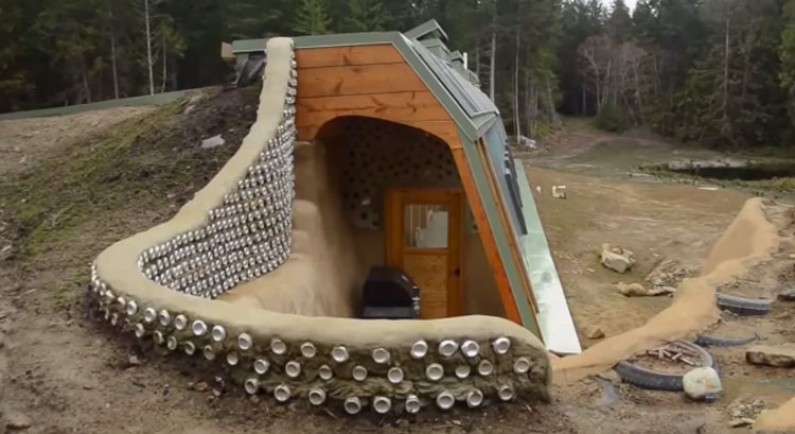 VIA “trueactivist.com” by Sophie McAdam

Lasqueti is a secret Canadian island where the vast majority of residents are completely off-grid.

Lasqueti is a small island between Vancouver and Vancouver Island, twelve miles long and three miles wide. It is home to a little known community of off-gridders who take pride in their isolation from both mainstream culture and mainland Canada.

With very little industry or economy, most of the residents live simply, taking what they need from the land and having next to no carbon footprint (and little need for money). The 2011 census recorded 426 people living in Lasqueti (although a more up-to-date website states there are 350 permanent residents) including 70 children. According to the community blog, Lasqueti is “an island of individuals, with poets, artists, physicists, fishermen, loggers, tree planters, designers, professional musicians, published authors, some small scale manufacturers, some commercial agriculture as well as professional consultants in education, engineering, forestry and alternate energy.”

While some residents use solar panels, wood burning stoves, wind turbines and water mills, others choose to live without electricity, period. For the average person, that might not sound like fun. But few can argue that the depletion of fossil fuels (and other aspects of modern living) are clearly unsustainable. Lasqueti’s residents share the opinion that living in harmony with nature is not only ethical, it is how we were supposed to live.

Personally, I have been fascinated with Lasqueti since 2010, when I was lucky enough to host one of its residents while he was traveling and ‘couchsurfing’ in Spain. Robert was living on Lasqueti in an old converted school bus (which he ran off vegetable oil), and he was one of the most interesting and intelligent people I’ve ever had the pleasure to meet. Skilled in building yurts, canoes, wooden boats, and other ecological structures, he was also a nomadic free spirit who spoke six languages and was knowledgeable about pretty much anything and everything you could possibly think of. According to Lasqueti’s website, Robert was by no means an exception: the island’s population “is the most highly educated community in British Columbia”, according to Statistics Canada.

In addition to the island’s one bar and one cafe, Lasqueti also has a free store where people can leave or collect items without any monetary exchange. Just one hour by boat from Vancouver island, Lasqueti doesn’t have a tourist industry, booming economy or any industry to speak of, but those who live there say that they enjoy the sense of timelessness, community, and freedom that their home provides.

There is no grocery store, so people tend to keep chickens and grow their own organic produce, as well as foraging for wild food in the forest covering the rocky island. Most people use composting toilets, and one resident even wrote a book entitled ‘How to Shyte on Lasqueti’ for those not familiar with the concept of how this works in practice.

Another useful resource for readers who are interested in seeing Lasqueti for themselves can be found here. The page details various options for visiting the island, including B&Bs and opportunities for wwoofing (helping on farms in exchange for food and accommodation).

We will leave you with some essential advice from Lasqueti’s residents: “However you decide to come, and whatever you are hoping to find here, please keep this in mind:  Lasqueti is not some utopian paradise, it is not an “intentional community”, and it is probably not whatever you think it is – it is just a relatively remote island, populated by a small, tight-knit community of quirky, independent-minded people, with its own unique culture and identity.  Come with an open mind, a willingness to discover something a little different, and without rigid expectations.  Resist the urge to project upon us your vision of what this place “should” be.  It is what it is, and we like it this way, warts and all.  If you can get with that, you too may find a place here.”

In the short documentary film below, a journalist from 16×9 News goes to meet some of Lasqueti’s characters and find out more about life in this beautiful land that time forgot.