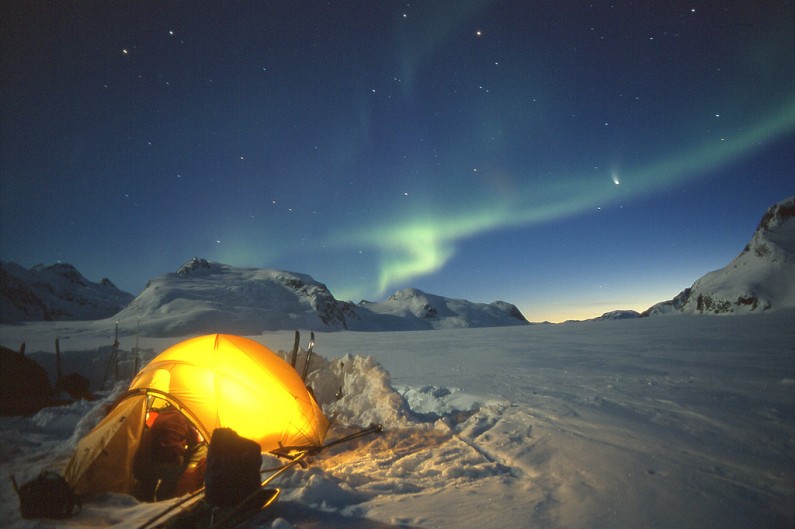 VIA BBC.com by Kara Segedin

An inside look at one of the most isolated and beautiful corners of Earth in the most unique way imaginable.

It has to be the most unusual job in all of the military: Arctic dog sled patrol. 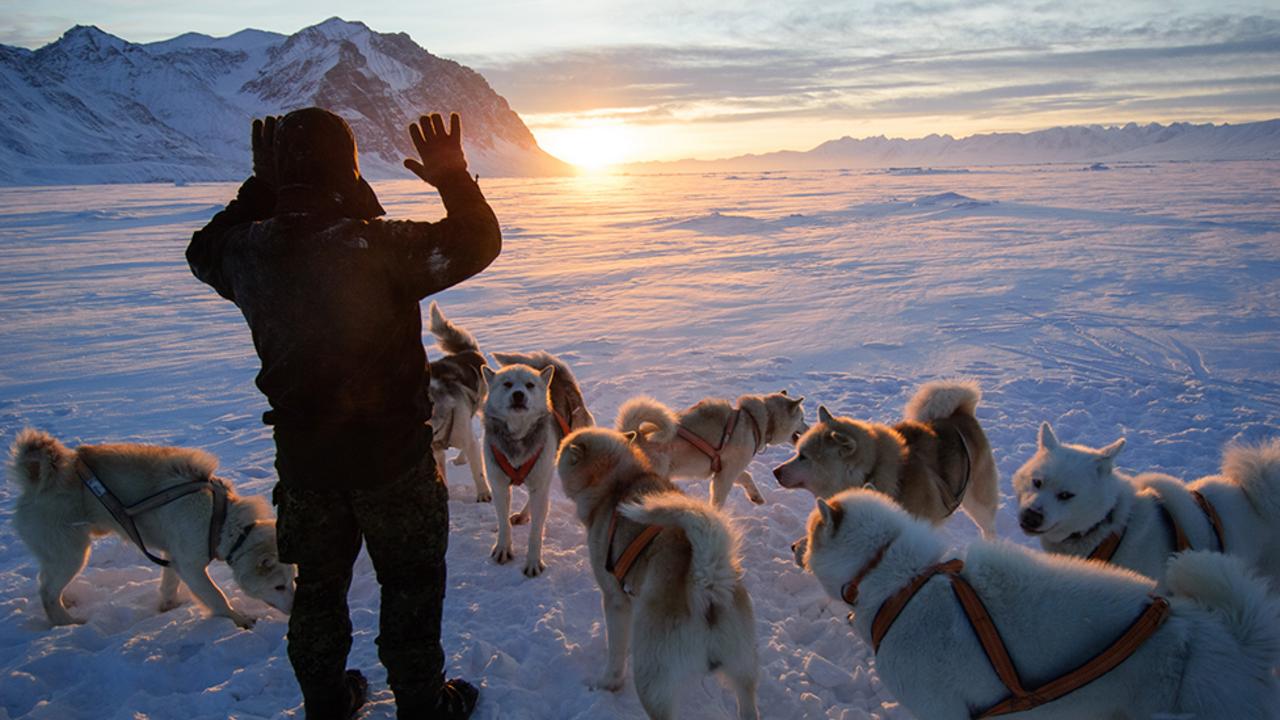 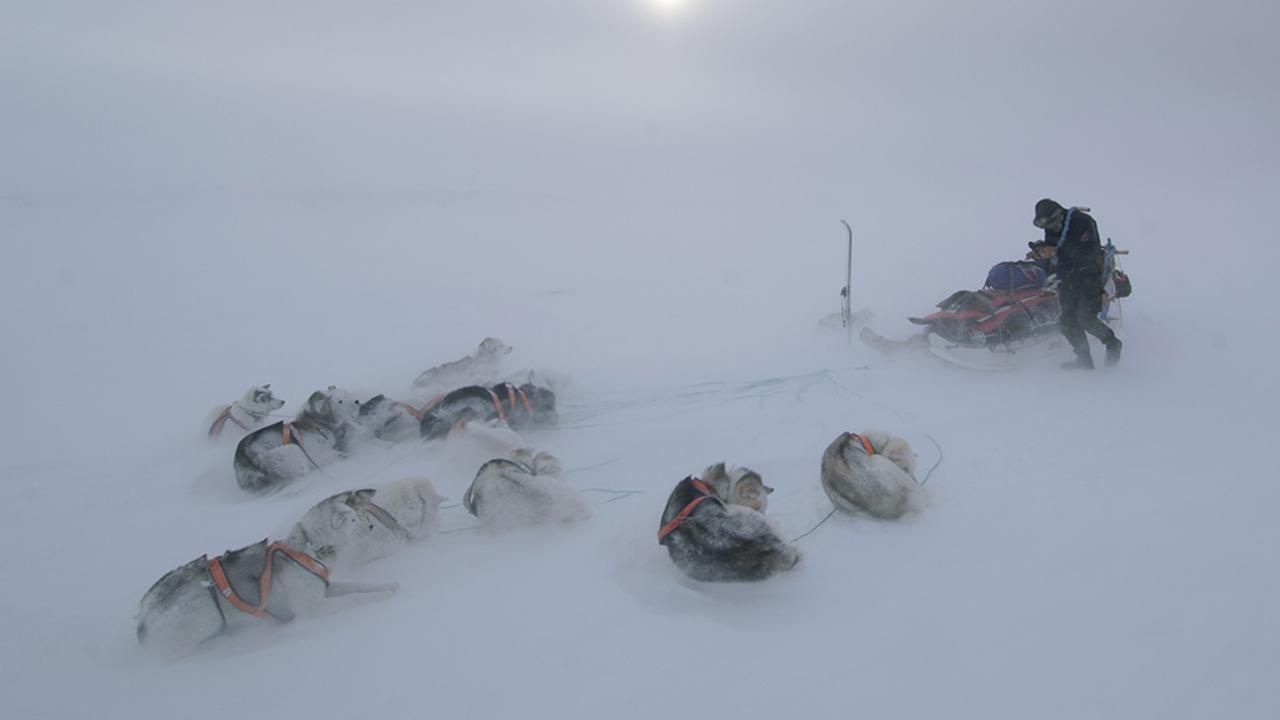 “Surprised by a blizzard we had to stop and raise the tent and just wait until the wind would calm down.” (Credit: Morten Hilmer)

Wildlife photographer Morten Hilmer was a member of Slædepatruljen Sirius (Sirius Sled Patrol), Denmark’s elite navy dog sled unit that patrols the coast of Greenland from Northeast Greenland National Park (the world’s largest and most northerly national park) down to the small town of Ittoqqortoormiit.

“This area is like a combination of a huge, huge ice desert and a very cold fridge,” says Hilmer. 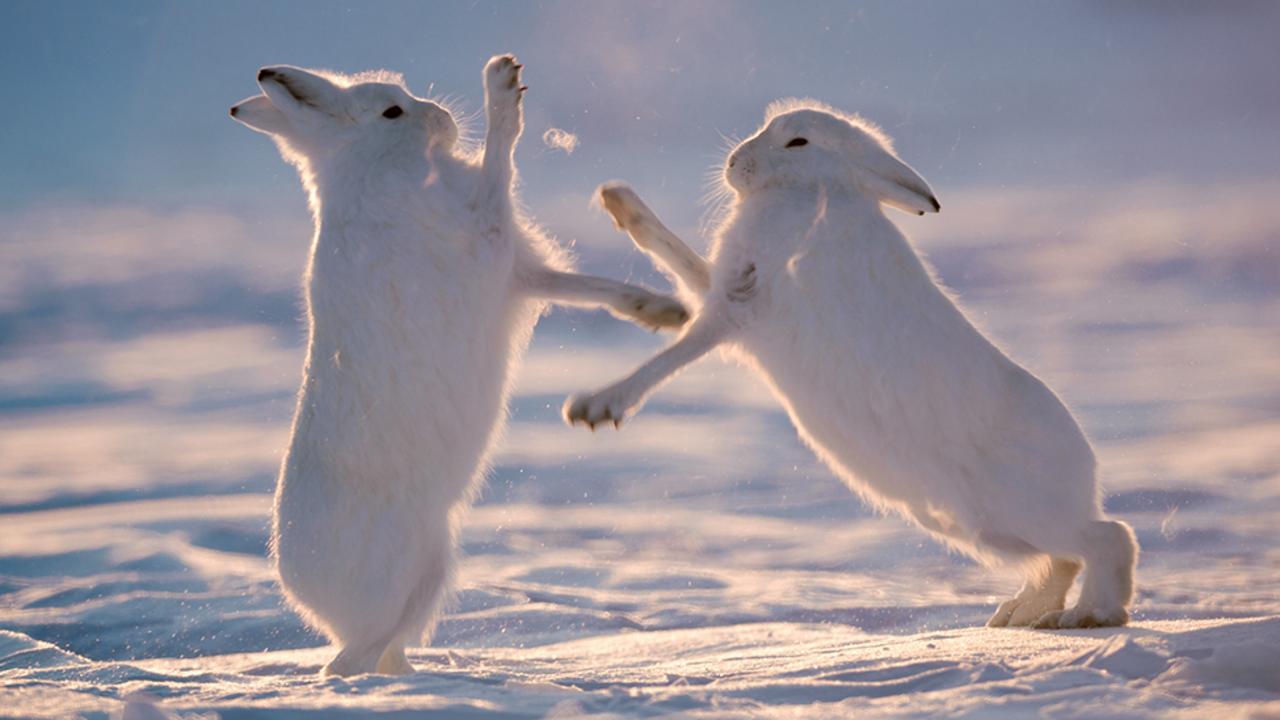 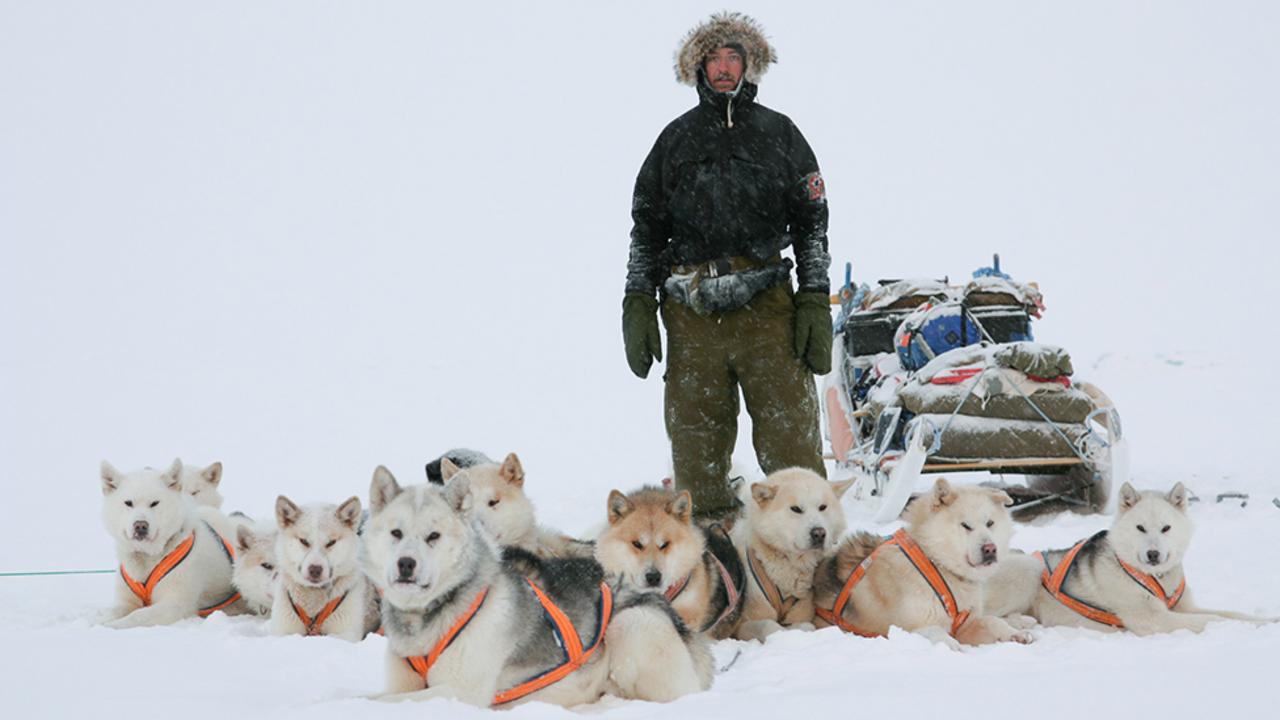 Speaking to the BBC World Service, Hilmer describes the breathtaking beauty, extreme loneliness and isolation of living in, and photographing, this unique corner of the world. 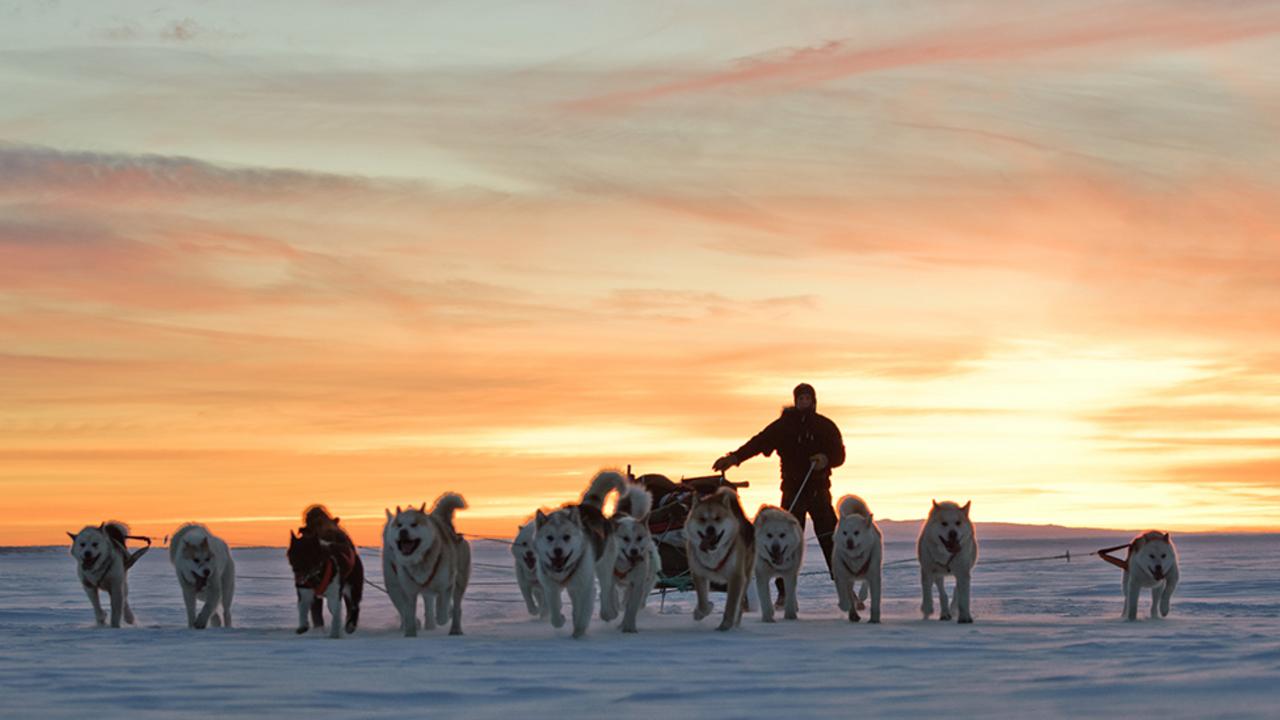 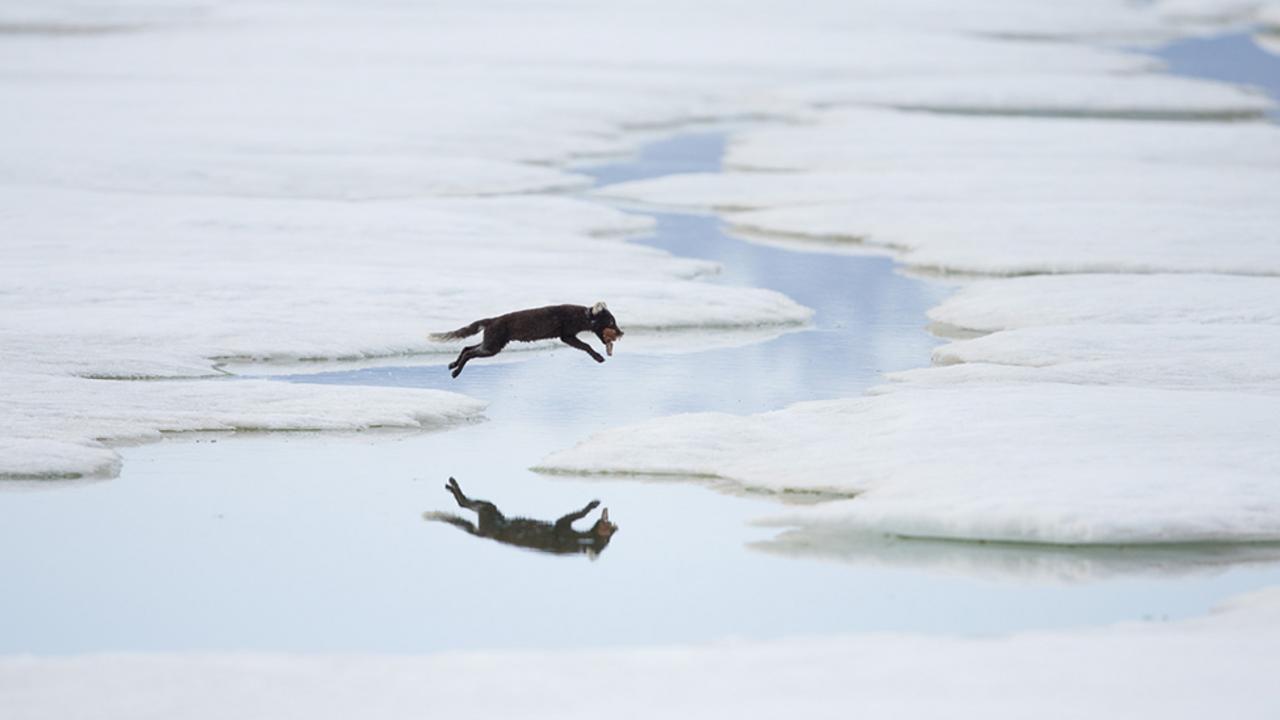 “Arctic fox (Vulpes lagopus) on her way home to the den where her pups are waiting.” (Credit: Morten Hilmer)

While most young men join the patrol in search of the ultimate adventure, Hilmer was drawn to its unique photographic possibilities.

“I love nature photography and I was really, really fascinated about the fact you have this huge area untamed by man,” he says. 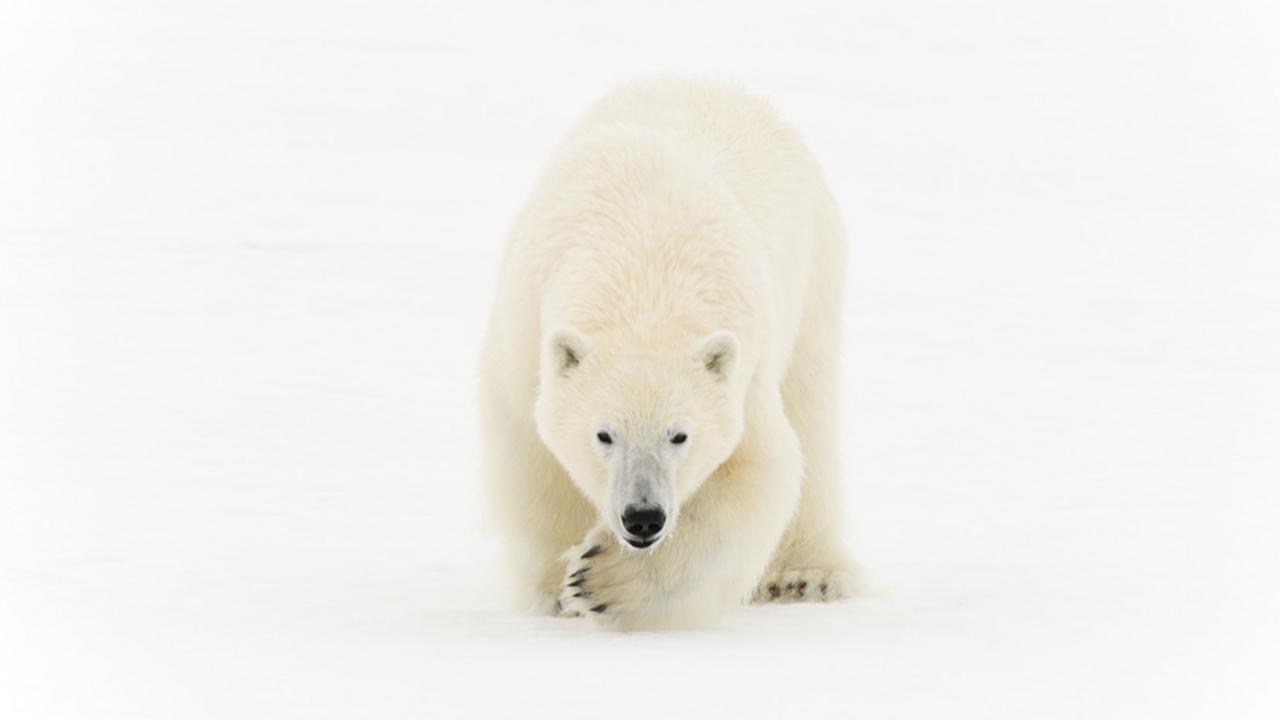 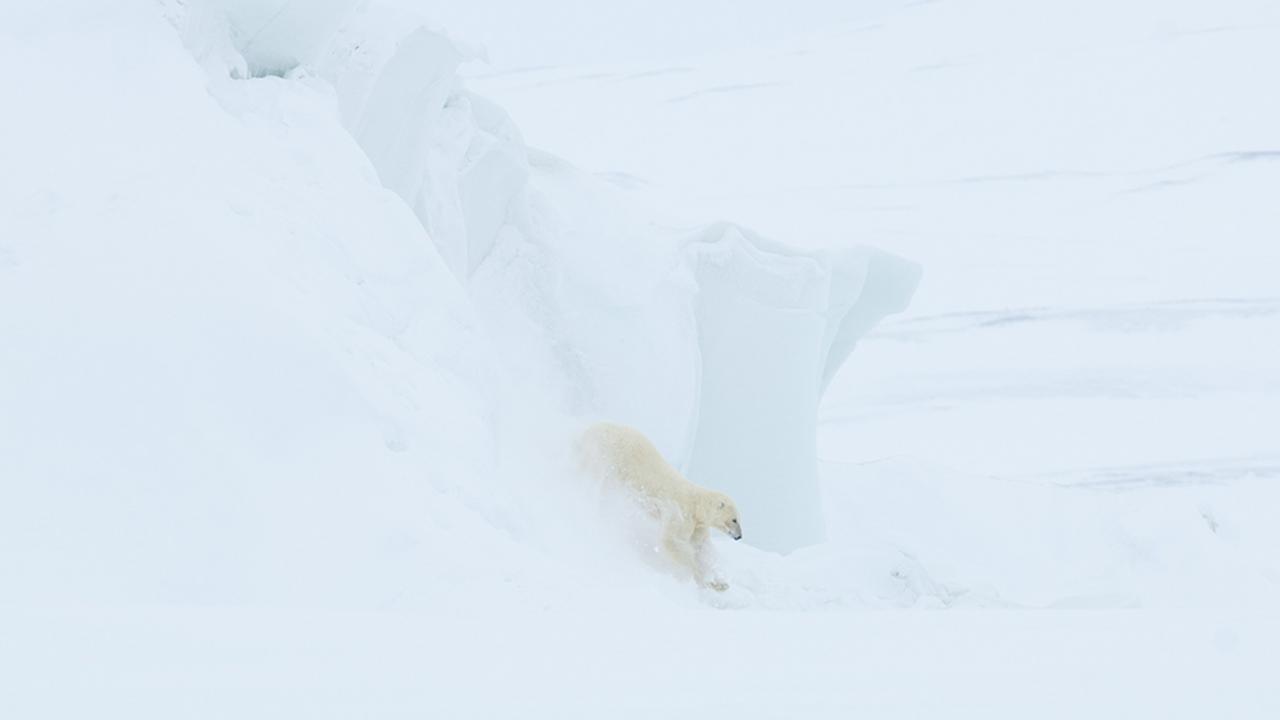 Polar bear sliding down an iceberg on the northern coast of Greenland (Credit: Morten Hilmer)

A member of the International League of Conservation Photographers, Hilmer always pays careful attention to the welfare of his wild subjects.

“If you drive too close to a polar bear you put yourself in danger and the polar bear in danger,” he says. 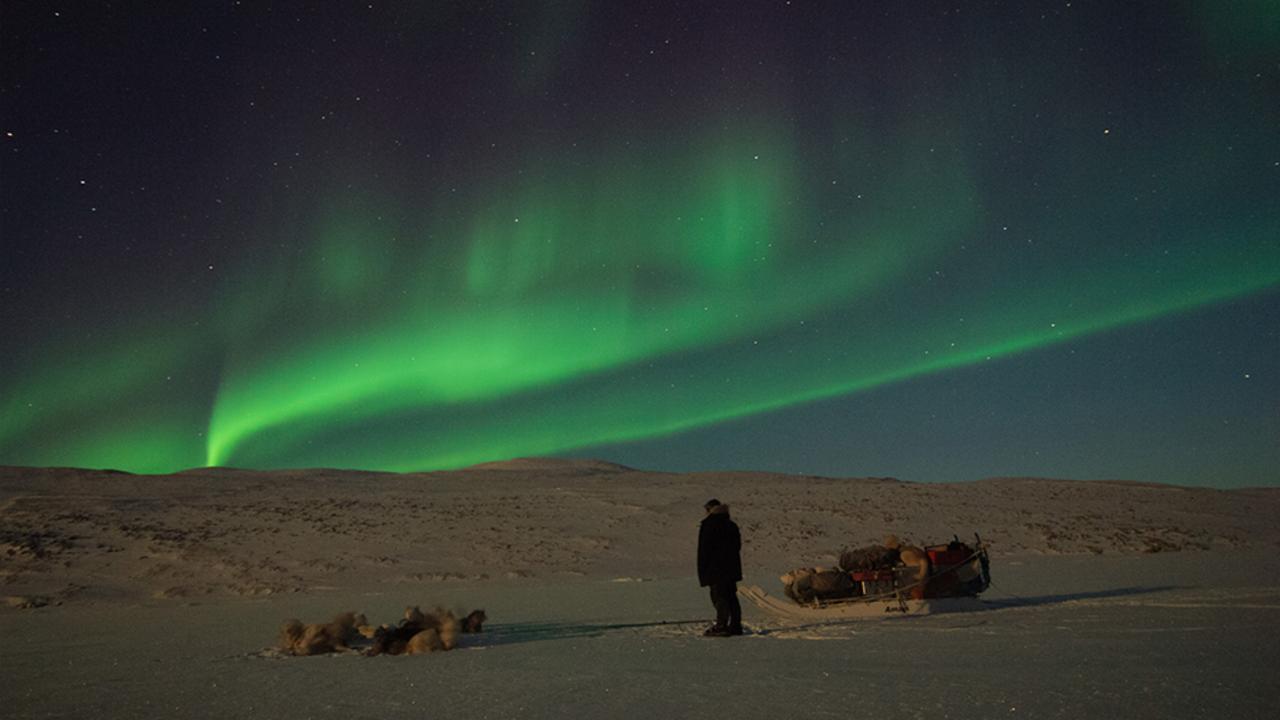 Hilmer spent two years and two months with the patrol. The two-man dog teams have a rotating roster with one member who has been there a year and another joining for the first time. 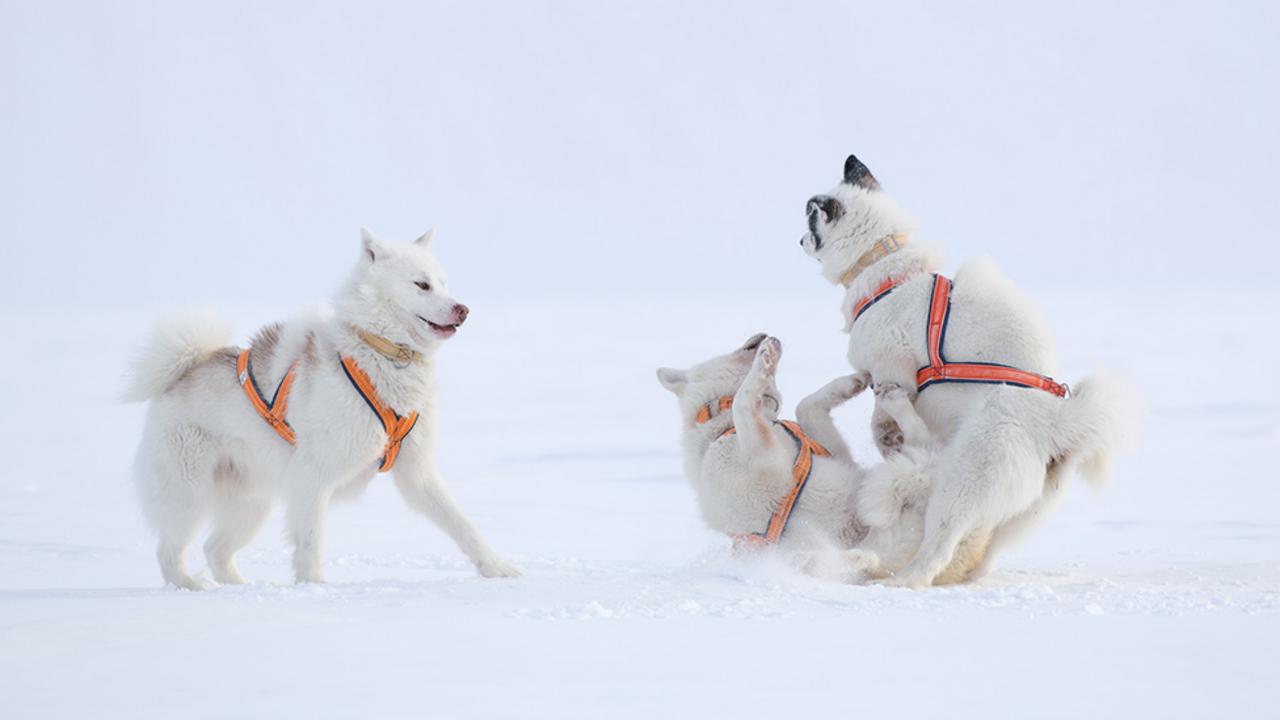 When he first began working with the dogs, Hilmer says they didn’t listen to him at all. But two years later: “I could drive them almost like I ride my bicycle at home.” 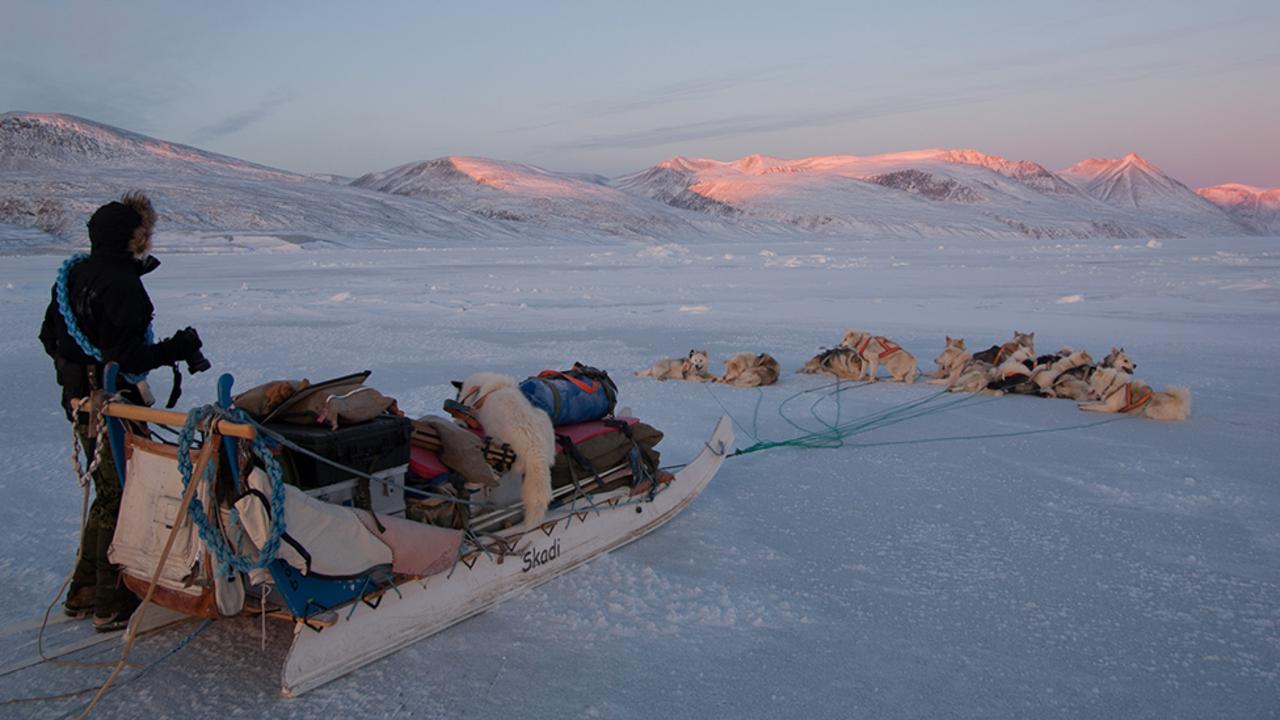 Patrols usually last for four months, often without any human contact outside the pair. 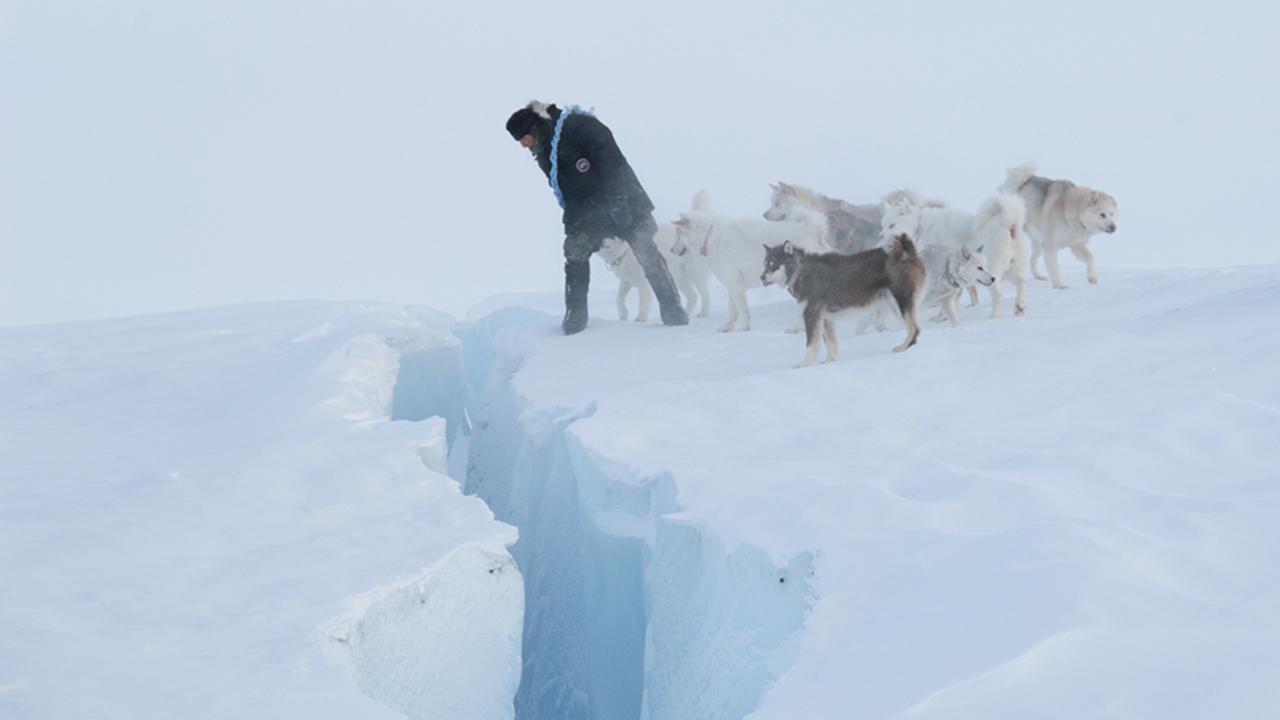 After two months in the wilderness, Hilmer says your mind runs out of things to think about. So you begin to save any interesting thoughts for the long days travelling on the sled.

“Some days were just really, really, really boring and you just want to go home to your family and friends and have a nice cup of coffee and a warm blanket.” 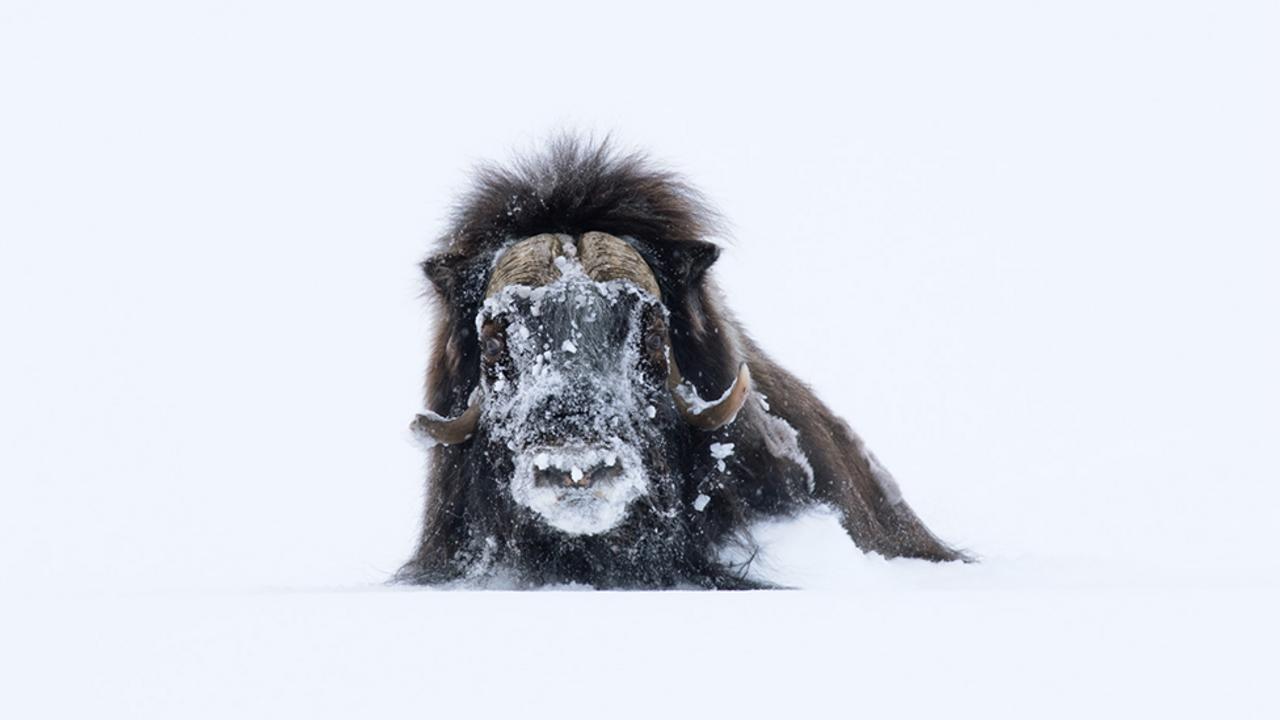 Despite craving the comforts of home, when his tour was up in August, Hilmer was back in Greenland by November and he’d soon found a job as a chef with the National Park weather station – despite not having any cooking qualifications. 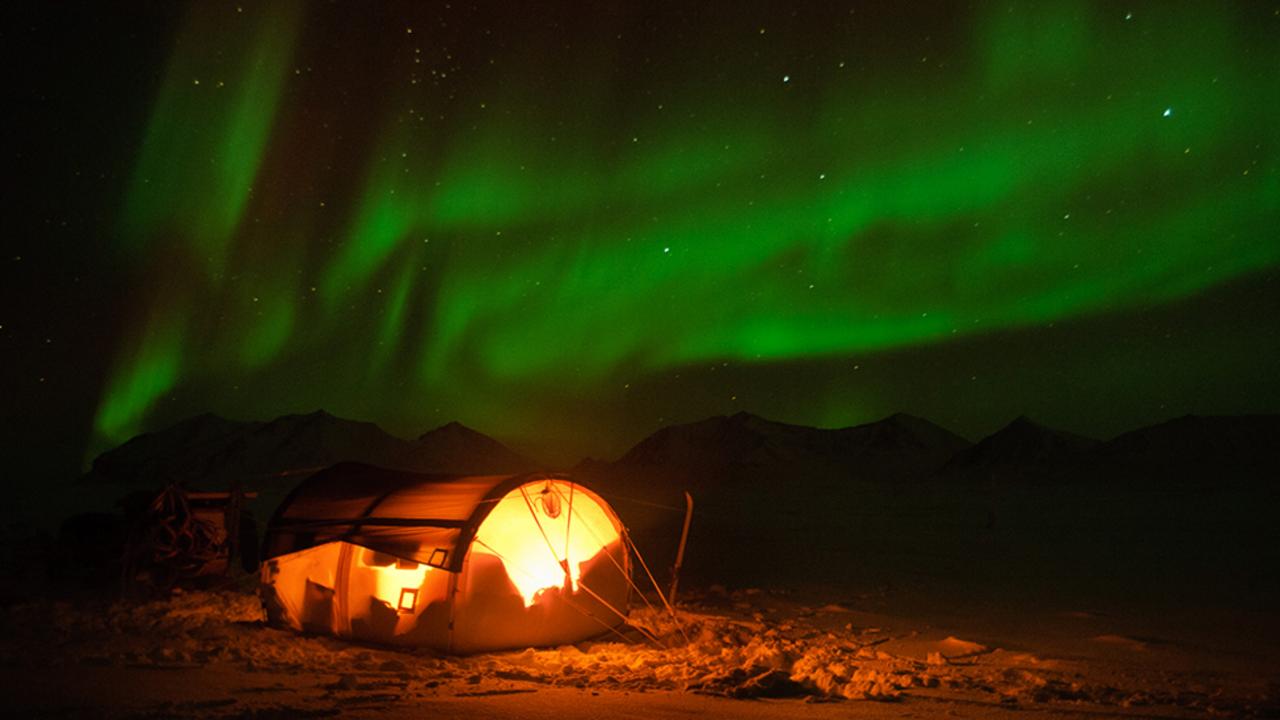 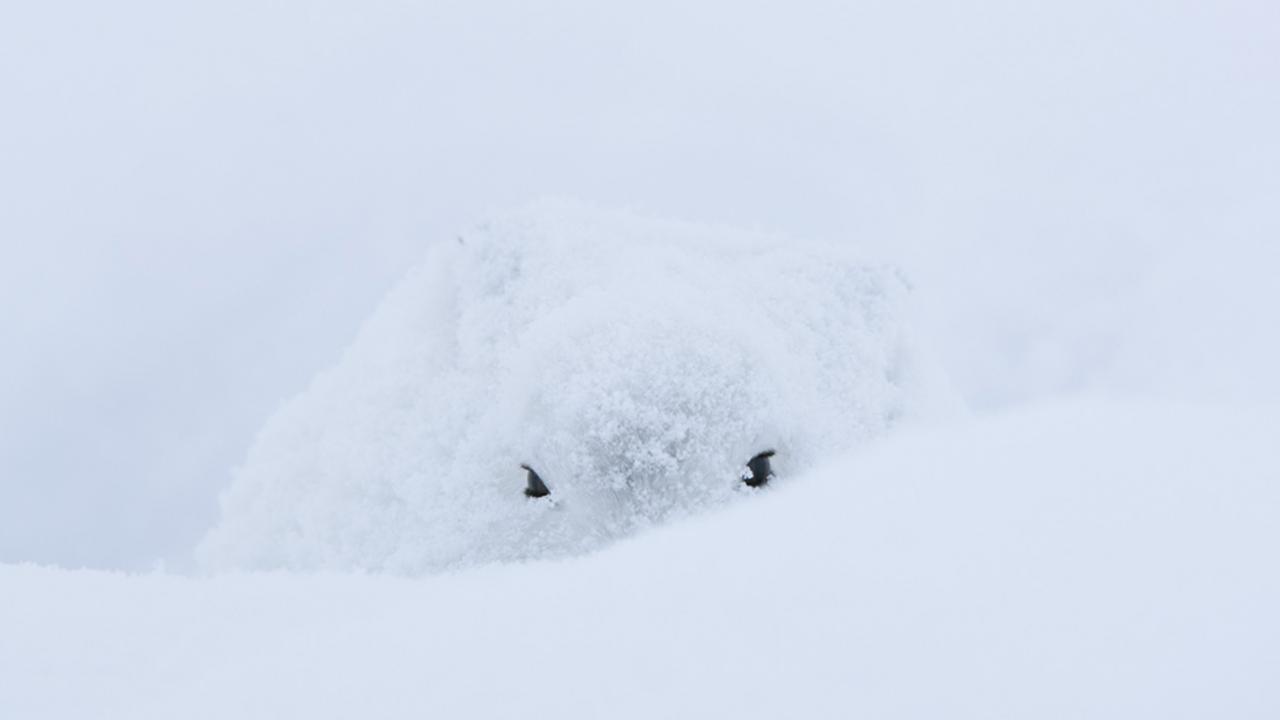 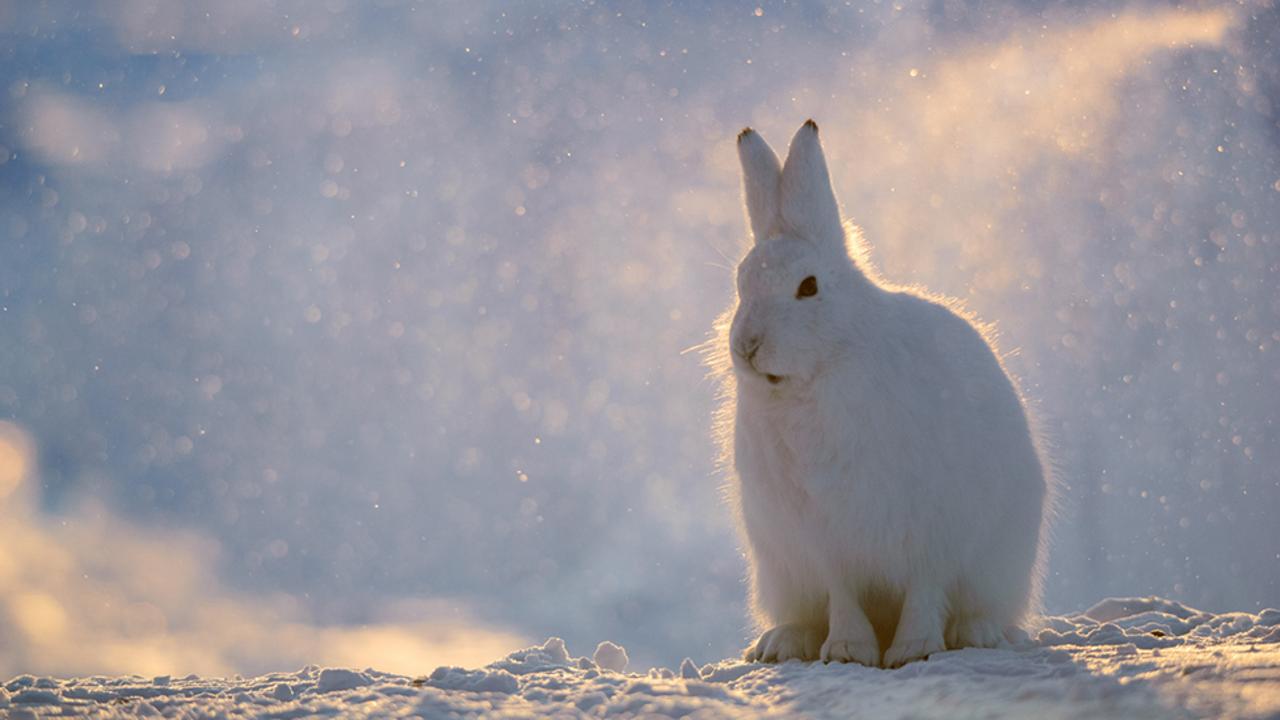 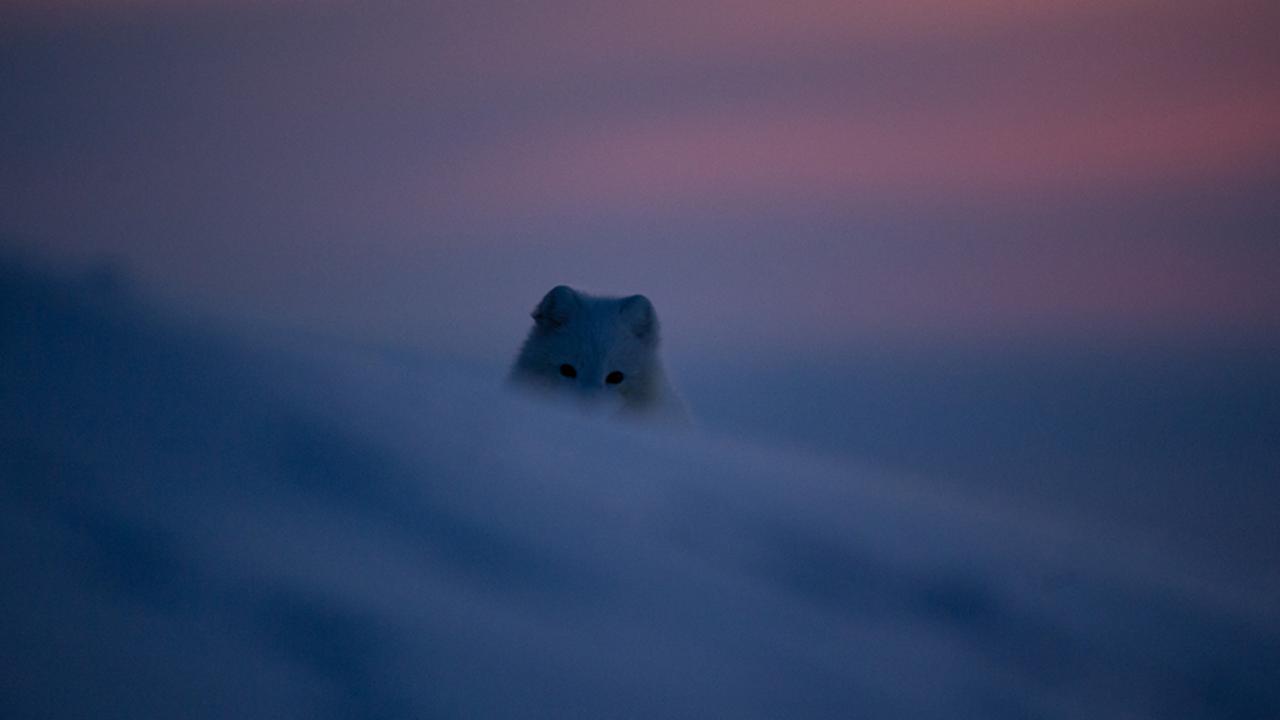 Arctic fox (Vulpes lagopus) in Thule, Greenland. The thick fur will protect the fox from the extreme climate with temperatures as low as minus 40 Celsius (Credit: Morten Hilmer) 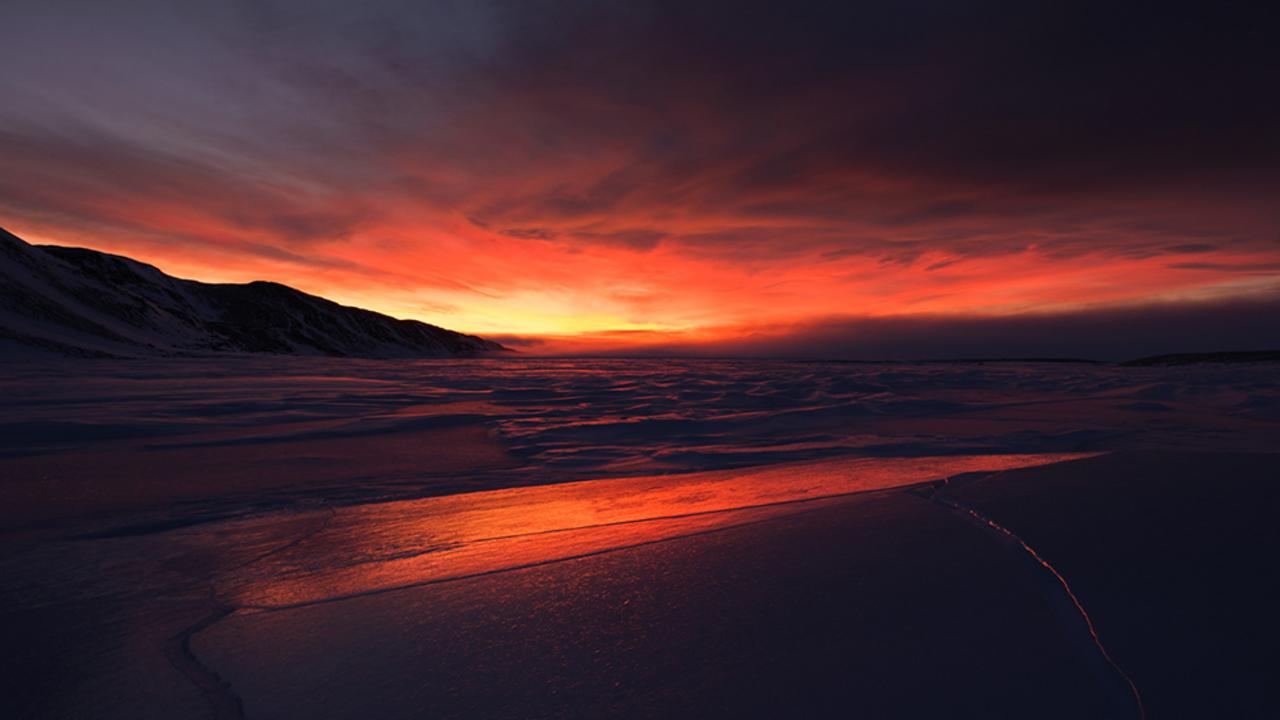 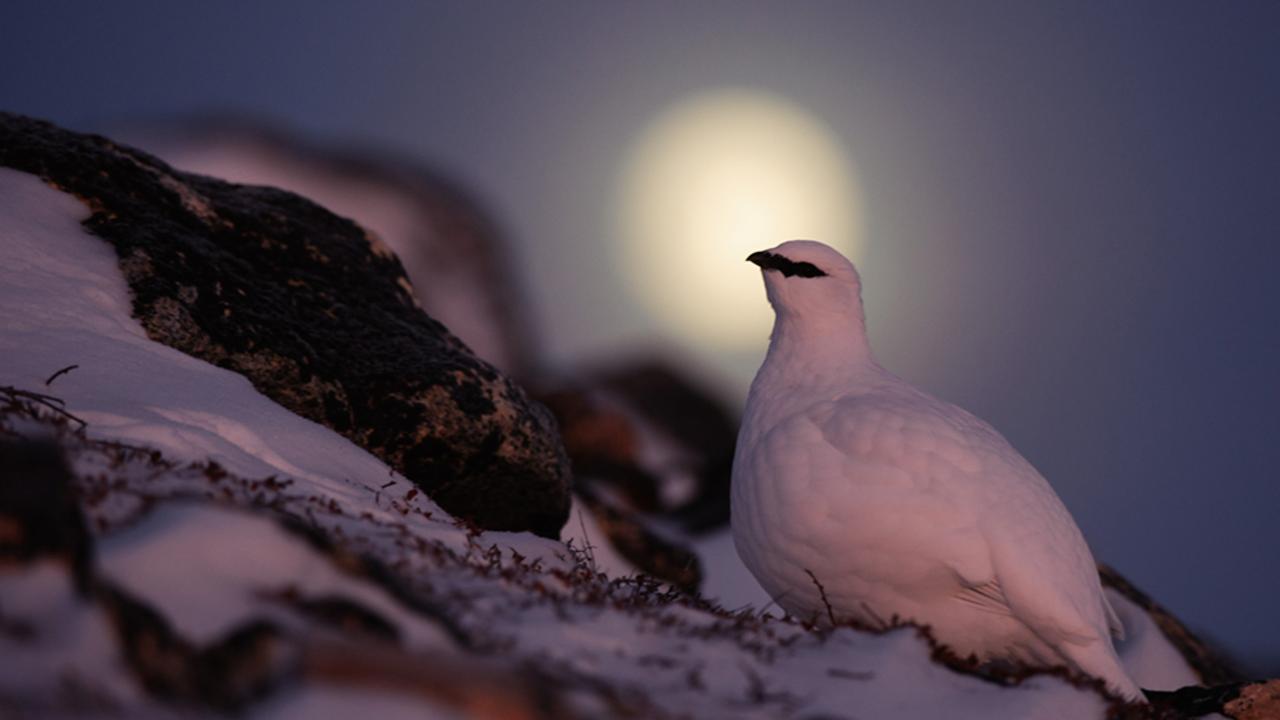 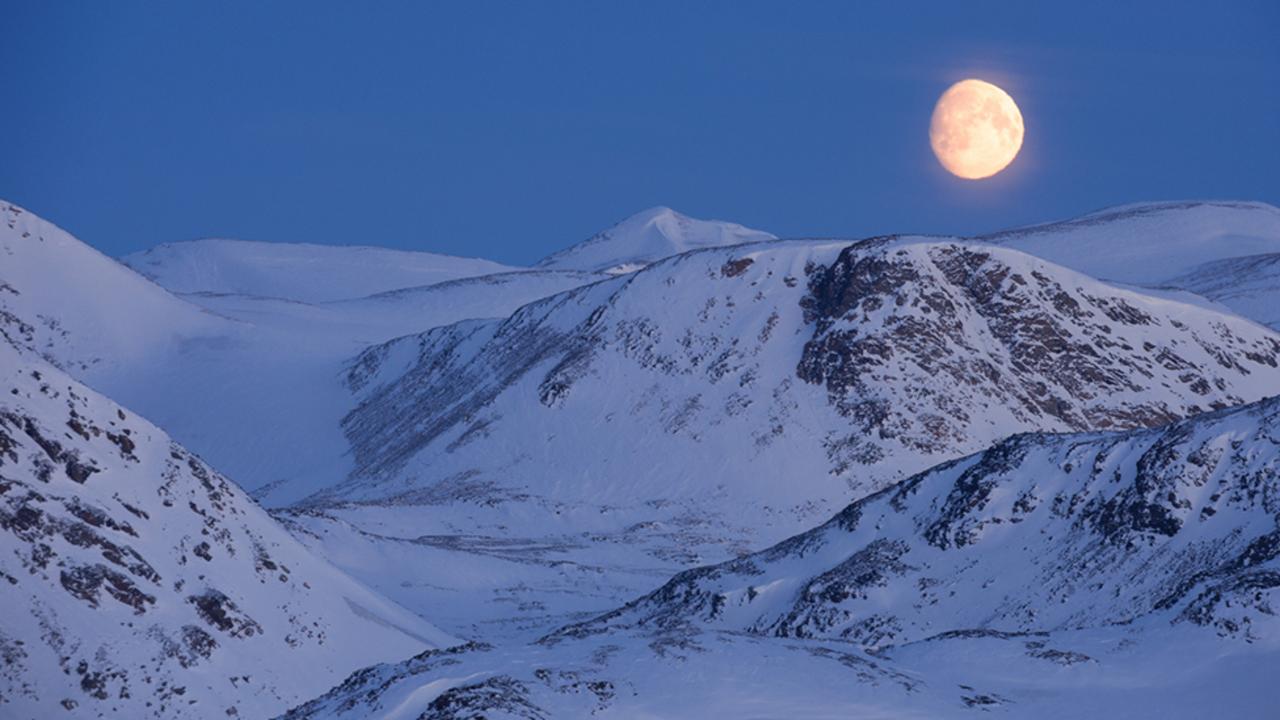 “I stayed for more than two months to photograph this beautiful country during the dark season. So strange that the sun doesn’t rise for two months.” (Credit: Morten Hilmer) 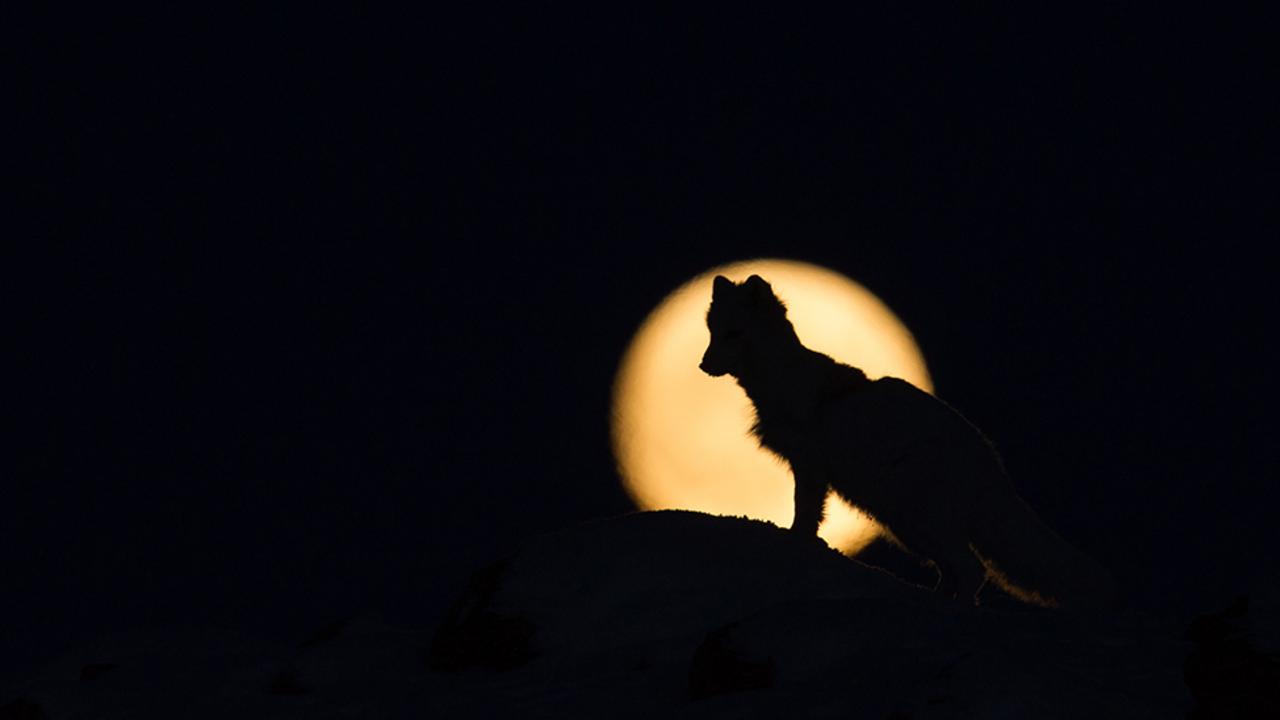 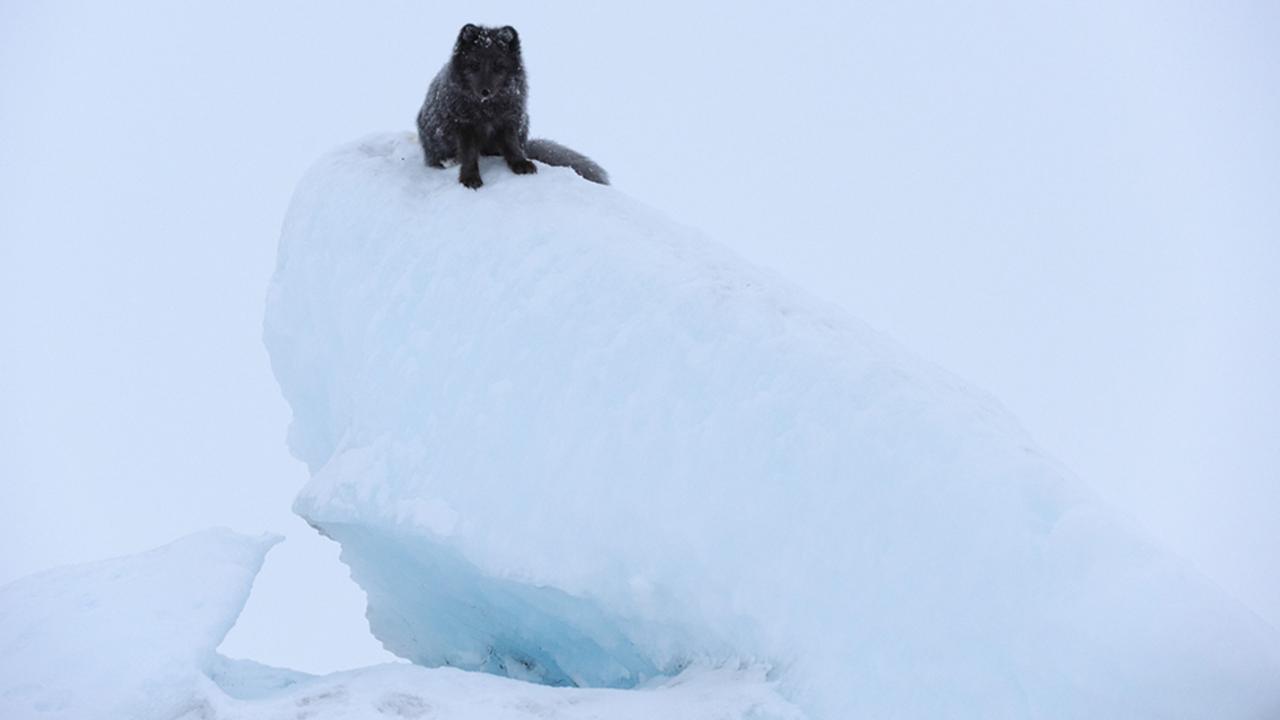 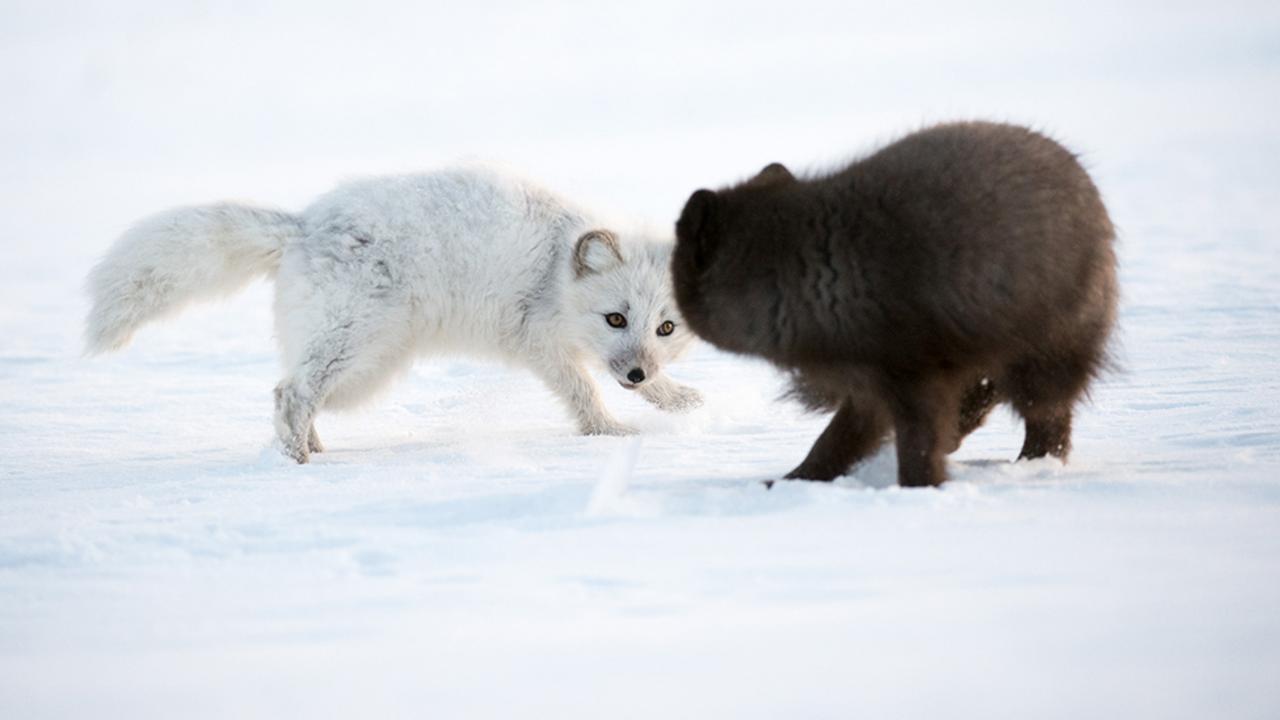 “During the mating season, this play is a common behaviour and is very exciting to observe.” (Credit: Morten Hilmer) 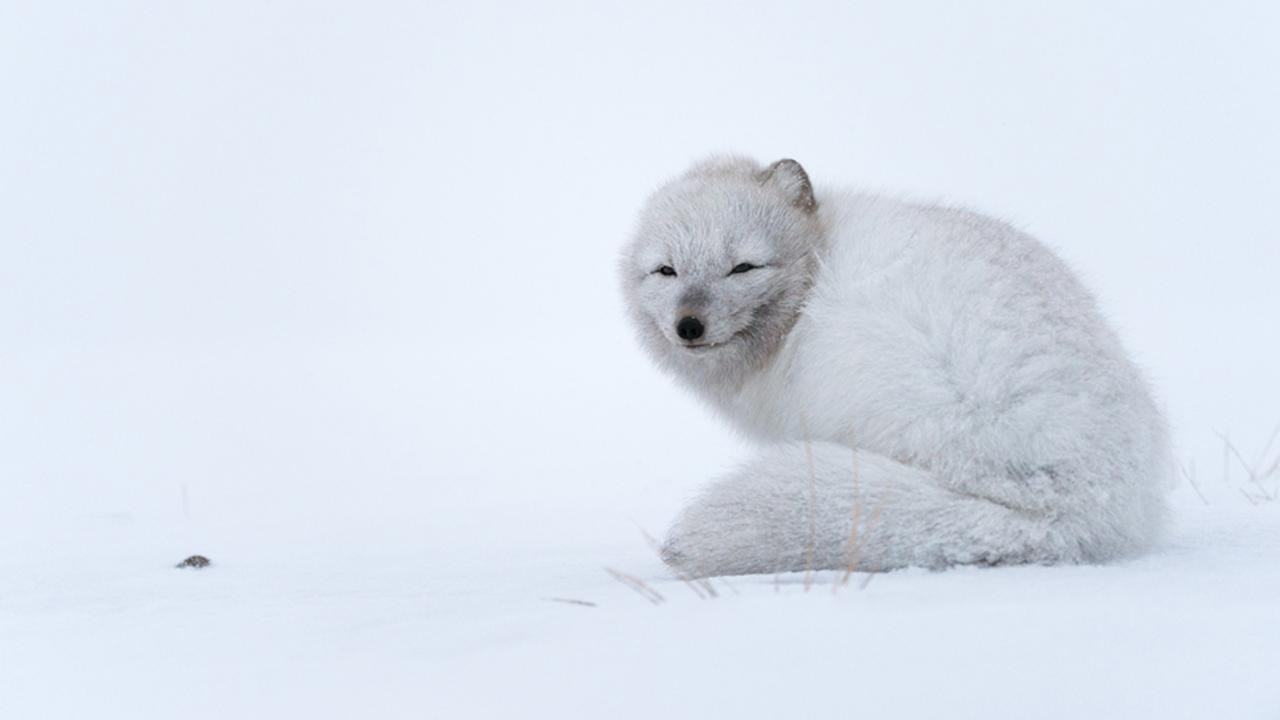 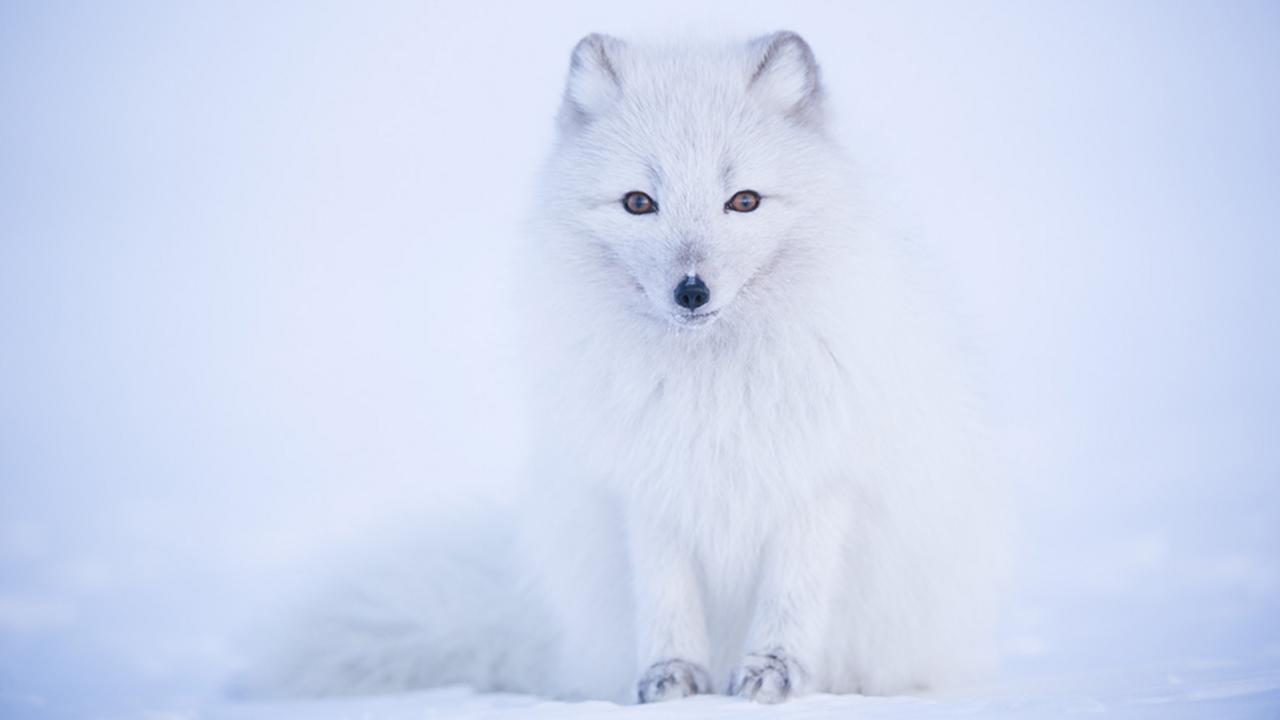 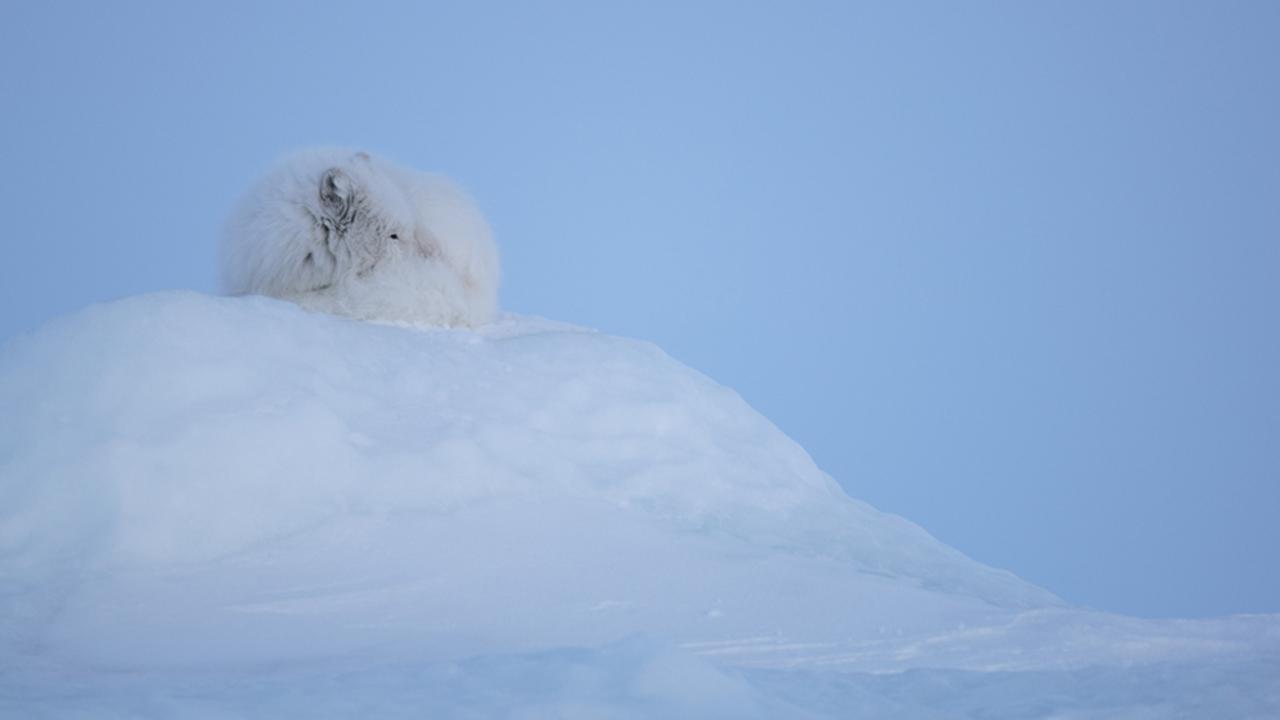 “One of these moments when I felt I was becoming part of nature instead of just a photographer.” (Credit: Morten Hilmer) 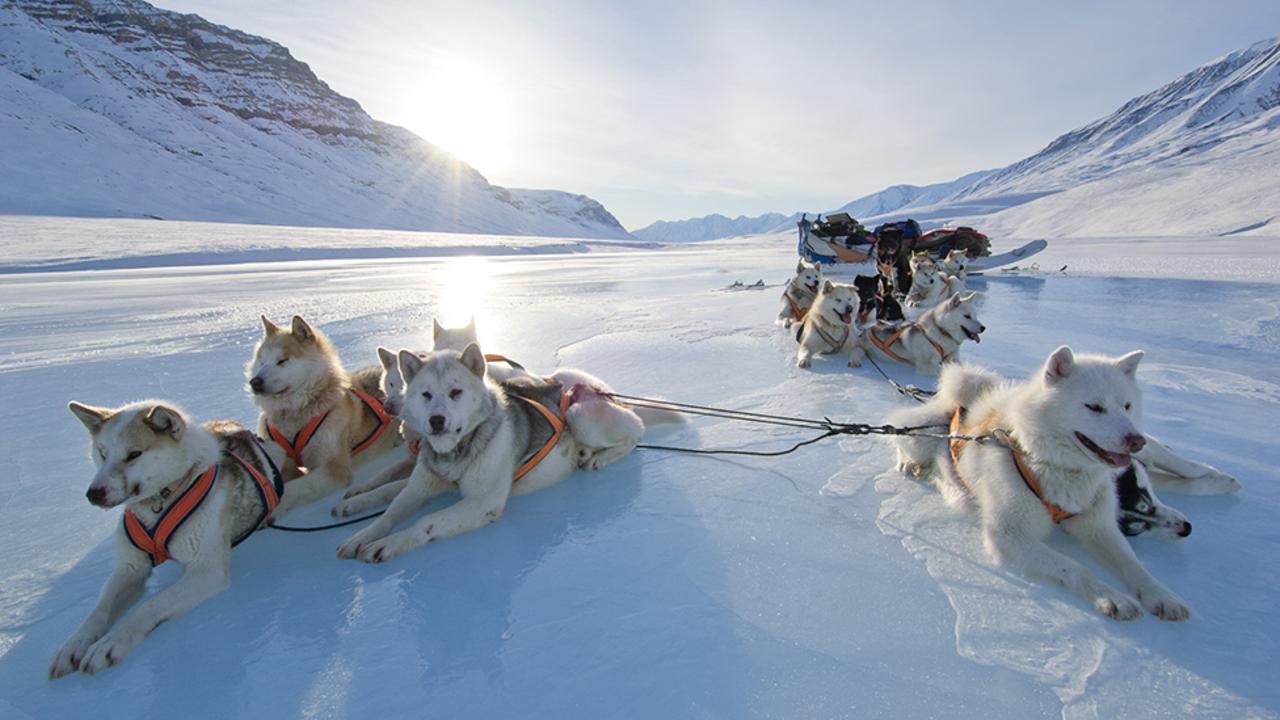