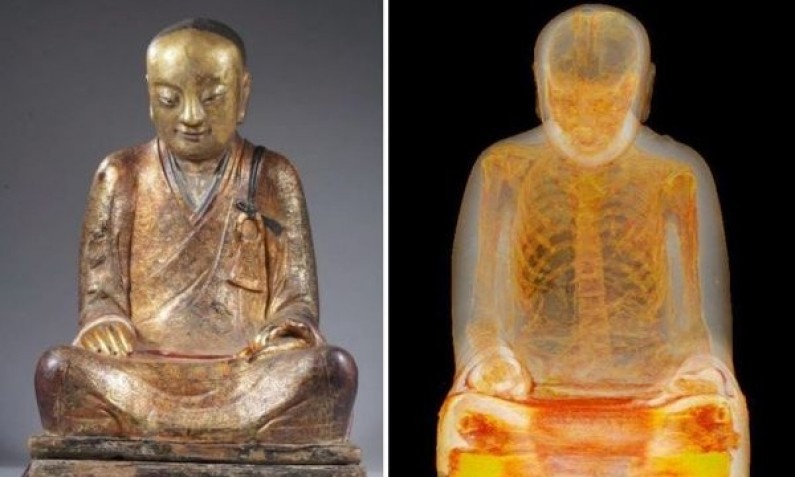 VIA “visualnews.com” by Paul Caridad

You can’t judge a book by it’s cover and apparently the saying goes for statues too. For centuries it was thought that this Buddha statue is just that, but a recent CT scan reveals that it is actually the vessel for the mummified remains of Chinese Buddhist master Liuquan. He lived over 900 years ago, around the year 1100 AD and his body has been preserved in this statue.

As a volunteer project on the side of their work, gastrointestinal and liver doctors at the Amersfoort Hospital figured out that the unidentified material inside the abdominal cavity of the mummy was rotten materials and paper scraps with Chinese characters. Until May 2015, this statue will be on display in Budapest at the Hungarian Natural History Museum. Researchers will soon be publishing what they found in their DNA testing of the bone samples.