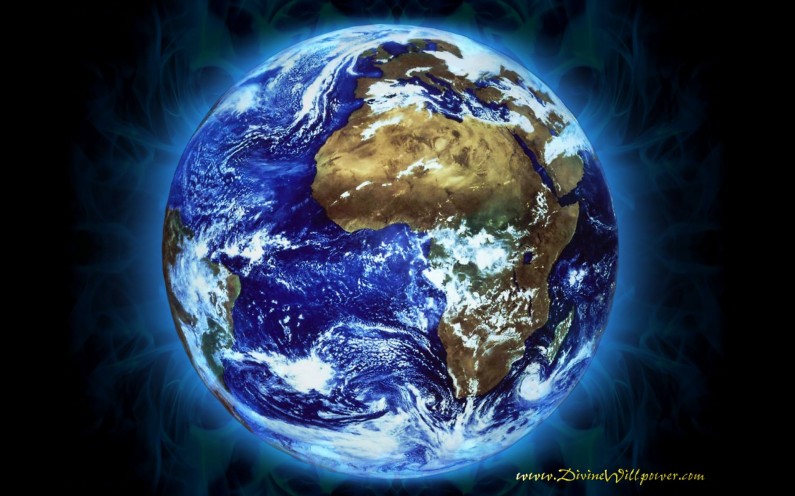 VIA Collective Evolution <—- by Jeff Roberts

7 billion people currently inhabit our planet. Each one of these 7 billion people require the basic necessities of life, such as water, food, clothing, and shelter. When we take into account all of the work and materials it takes to provide the population with just the basics – not to mention the billion motor vehicles and 7 billion cell phones, the computers, furniture, skyscrapers, planes, roads, gadgets, and the plethora of other material goods being mass-produced in our world today – the question immediately begs – how are we keeping up?

How are we keeping up with continual mass production, mass consumption, and epidemic population growth? Are we really thinking about the consequences of our actions in the long term? Or are we consciously turning a blind eye to an inevitable and daunting fate for our planet?

Sometimes talking about these issues isn’t enough for people to understand the magnitude of what’s really happening in our world. This notion was the basis for the project, Overdevelopment, Overpopulation, Overshoot (OVER), put together by advocacy group Speak Out.

They’ve managed to compile a set of photographs which tell the story of our current mass consumption situation.

Below are a few of these pictures, along with some others I found around the web. Each picture speaks a thousand words, so take your time. Be sure to check out Speak Out’s full book here.

Mexico City, one of the most densely populated cities in the world. It’s frightening to see how this massive urban development has wiped out the greenery for what seems like endless miles. This is probably why air pollution in Mexico City is out of control.

“Squatters trade physical safety and public health for a few square meters of land and some security against eviction. They are the pioneer settlers of swamps, floodplains, volcano slopes, unstable hillsides, rubbish mountains, chemical dumps, railroad sidings, and desert fringes… such sites are poverty’s niche in the ecology of the city, and very poor people have little choice but to live with disaster.” Mike Davis

Aerial view of an oil fire following the 2010 Deepwater Horizon oil disaster in the Gulf of Mexico. The devastation of these types of disasters is really immeasurable, as oil particles simply continue to disperse and settle across the ocean floor. What will it take for man to see finally see its inefficiencies? With pooled resources and efforts, we have the potential to utilize energy systems with little or no environmental impact on our planet.

Animal agriculture, as a whole, requires tremendous amounts of resources and is a leader in environmental degradation, responsible for 18 percent of greenhouse gas emissions – more than all transportation combined. Livestock and their byproducts account for at least 32,000 million tons of carbon dioxide (CO2) per year.

South City Mall in Kolkata, India. Consumer culture spreads to the global south. “In the developing world, the problem of population is seen less as a matter of human numbers than of western over-consumption. Yet within the development community, the only solution to the problems of the developing world is to export the same unsustainable economic model fueling the overconsumption of the West.” Kavita Ramdas

We live in a consumer nation. “Stuff” seems to be our generation’s newest mantra, with each person in the U.S. producing an estimated 4.5 pounds of garbage per day. That is twice the amount that was produced 30 years ago. We are bombarded by hundreds to thousands of advertisements per day ($435 billion is spent on advertising worldwide annually,) which is blatantly intended to influence people to continue consuming more and more things. From food to clothing, to cosmetics and automobiles, we just can’t seem to get enough material items to satisfy our ego desires.

Vancouver Island, British Columbia. While BC is doing their best to reduce the carbon footprint of deforestation, many parts of the world still are not implementing sustainable practices, such as Brazil (seen below).

Colonise-destroy-move on, mankind’s disorder. Pinning down exact numbers is nearly impossible, but most experts agree that we are losing upwards of 80,000 acres of tropical rainforest daily, and significantly degrading another 80,000 acres every day on top of that. That’s over 75 million acres every year. Currently, 20% of the Amazon is already destroyed. And for what? Well, it’s mainly for cattle ranching.

There are around 5.25 trillion pieces of plastic debris in the ocean. Of that mass, 269,000 tons float on the surface, while some four billion plastic microfibers per square kilometer litter the deep sea. Scientists are having a difficult time calculating the full extent of damage that plastic debris has on marine ecosystems, pondering the big questions: As it degrades, do plastic toxins seep into the marine environment? If so, how and in what amounts?  What effect do they have on fish or other ocean life that consume them?

“Midway: Message from the Gyre,”  depicts the fate of albatross chicks on Midway Atoll, in September 2009.

These pictures speak urgency in many regards. At the very least, they provoke us to look at our personal consumption through a new lens, one that sees the environmental and ecological impact of our daily decisions at large, where our social responsibility becomes ever apparent.