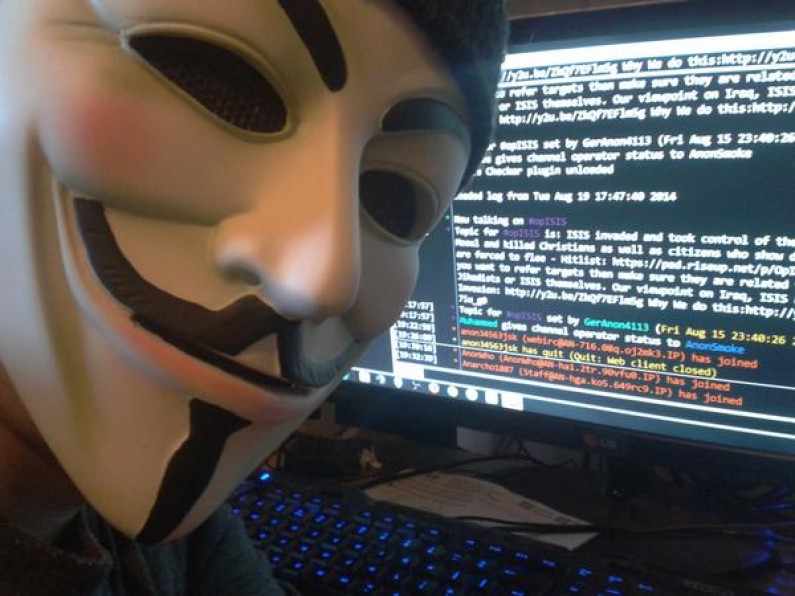 Hacktivist group Anonymous has come out to avenge the attacks on the office of Paris-based magazine Charlie Hebdo in which 12 people were murdered.

The Belgian ‘branch’ of Anonymous posted a video message to YouTube describing a new campaign against jihadists, called #OpCharlieHebdo.

The video, which features someone wearing the Guy Fawkes mask and speaking with their voice obscured, explains (in French) that its members have decided to “declare war on you, the terrorists” – referring to Al-Qaeda and ISIS specifically.

“We will track you down – every last one – and will kill you,” the spokesman says. “You allowed yourselves to kill innocent people, we will therefore avenge their deaths.”

The figure says that ‘hacktivists’ from around the world will track all of jihadist activities online and close down  their accounts on Twitter, YouTube and Facebook.

“You will not impose your sharia law in our democracies, we will not let your stupidity kill our liberties and our freedom of expression. We have warned you; expect your destruction.”

“We will track you everywhere on the planet, nowhere will you be safe. We are Anonymous. We are legion.

“We do not forget. We do not forgive. Be afraid of us, Islamic State and Al Qaeda – you will get our vengeance.”

A statement supporting the video has also been released onto the text-sharing website Pastebin, echoing the sentiment, but focuses more squarely on the attack on freedom of speech.

“Freedom of speech and opinion is a non-negotiable thing – to tackle it is to attack democracy.

“Expect a massive frontal reaction from us because the struggle for the defense of those freedoms is the foundation of our movement,” says the statement.

Anonymous’s pledge of vengeance follows a spate of cyberattacks on the websites of French towns, which had their homepages replaced by the ISIS flag.