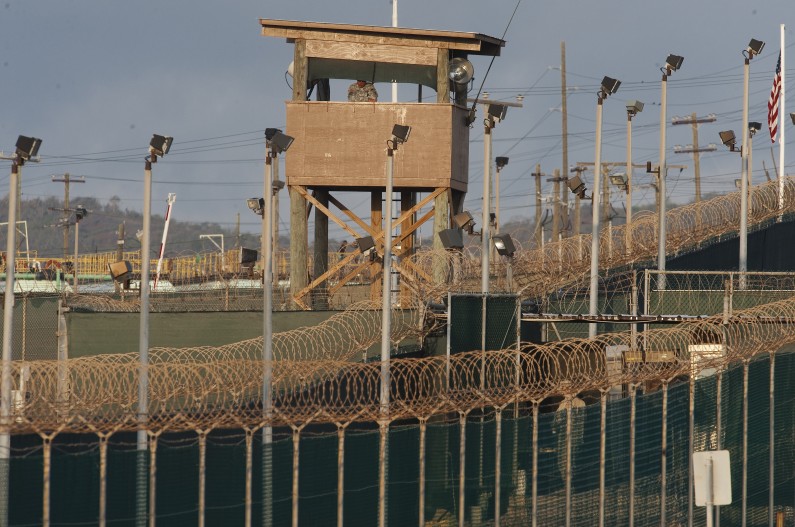 VIA “washingtonexaminer.com” by Byron York

It took a while for Republicans to catch on to what President Obama is doing with the U.S. terrorist prison in Guantanamo Bay, Cuba. But now that it’s clear Obama is rushing to empty the place, Republicans are stepping up efforts to stop him. Whether they succeed could have a serious impact on national security, as well as on more general GOP efforts to rein in runaway executive power in the White House.

Obama has accelerated Guantanamo releases and transfers since last November’s midterm elections. Other than the five senior Taliban leaders released in exchange for Army Sgt. Bowe Bergdahl last May — a deal Obama made in secret, ignoring the law that required him to notify Congress — the president released just one other Guantanamo inmate in 2014 before the elections.

Since the elections, the doors have opened. Obama released seven prisoners in November, 15 in December, and five more on Wednesday of this week. “Since I only got two years in office left, I’m kind of in a rush,” Obama said in a speech in Iowa Wednesday. He was talking about his economic plans, but there’s no doubt the sentiment applies to Guantanamo as well.

The hurry has alarmed a number of lawmakers, even those who share Obama’s desire to close the prison. Now, several Republican senators — Kelly Ayotte, N.H.; John McCain, Ariz.; Lindsey Graham, S.C.; and Richard Burr, N.C. — have introduced a new bill slow the president down. The legislation would do five things:

1) Impose a two-year suspension on transferring high- and medium-risk detainees from Guantanamo to foreign countries.

2) Create a two-year ban on releases to Yemen, a country Ayotte calls the “Wild, Wild West for terrorists.”

3) Raise the standard for release, even of prisoners who are not judged high- or medium-risk.

4) Extend current law prohibiting Obama from transferring Guantanamo inmates to the United States or building a prison for them in this country.

5) Require public disclosure — not just classified notification of a few members of Congress — of information about detainees, including whether they represent a risk.

The Republican lawmakers feel that current events — not just the terrorist attacks in France but also the rise of the Islamic State of Iraq and Syria — have made it extremely important to slow down, not speed up, releases from Guantanamo. “This is all happening in the context of a very dangerous world,” Ayotte said in a phone conversation from Hershey, Pa., where she is attending the Republican retreat.

For example, the five inmates released Wednesday are all suspected al Qaeda, all captured fighting in Pakistan, and all from Yemen. Four were released to Oman, which just happens to share a border with Yemen.

Of course, Yemen has been in the news this week because the al Qaeda branch in Yemen claimed responsibility for the Charlie Hebdo attack in France, and there are reports that one of the attackers received training in Yemen.

So administration policy is to return al Qaeda-linked terrorists to a country next door to their terror-ridden homeland at a time when terror attacks are on the rise. The president has even lifted a ban on returning inmates directly to Yemen.

The law already requires Obama to give Congress 30 days notice before releasing Guantanamo inmates. Other than the Bergdahl case, lawmakers say the White House has fulfilled that requirement. But the problem is, such notifications are secret and given only to a few selected committee chairs on Capitol Hill. The result is that there is no public discussion of the wisdom of a particular decision before it takes place.

“They are hiding behind the cloak of classification,” said Ayotte. “The president should give an accounting to the American people of what the people he is transferring out of Guantanamo did — why, if they were previously designated high risk, are they not a risk any more?”

There are 122 inmates left in Guantanamo. There is some dispute about how many are hard core terrorists who would undoubtedly return to the battlefield. Some say the number is around 50; Ayotte believes it is higher. There’s also a dispute about how many of those released already have resumed the fight, but there’s little doubt a troubling number have.

In any event, Congress will need to act fast. Obama is determined to move quickly, even as terrorism proliferates in the areas to which he will release more inmates in the future. It’s already happened this week, and each day could bring news of more releases.

“We just introduced this legislation the other day,” Ayotte said. “I go to bed, and they’ve released five more.”