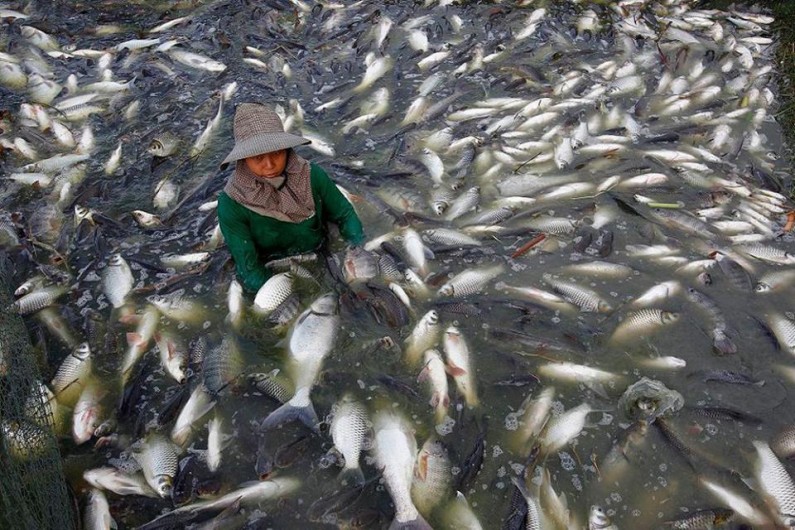 Do you often enjoy eating Tilapia? You may change your mind after finding out what is in the fish.

You would think eating fish would be healthy for you, but it is, in fact, quite the opposite. It all really depends on where the fish came from if it is wild it is healthier for you if it is farmed raised it more than likely not healthy for you. Because when fish are farm raised, like many other animals that are “raised”, they are fed GMO feed throughout their lives. The most common farm-raised fish are salmon, tilapia, sea bass, catfish, and cod.

When the fish has been raised on a farm it consists of more fat and less omega-3 fatty acids due to a smaller area where they can swim, and have a constant availability of food. Farm-raised tilapia contains high levels of unhealthy omega 6 and contains less than 0.5 grams of omega-3s per 100 grams of fish. They contain a high concentration of PCBs, dioxin, and other cancer-causing contaminant, then salmon caught in the wild.

When fish are farm raised they contain a high concentration of contaminants and many researchers are convinced that eating farmed fish leads to an increased risk of cancer is due to the high amounts of PCBs the low-quality of nutrients. Farm-raised tilapia is high in inflammatory potential, which could lead to heart disease, asthma, and joint problems. Farm-raised tilapia has higher inflammatory potential than that of a hamburger or pork bacon.

Farmed fish contains high concentrations of antibiotics and pesticides. These fish live in crowded pools and are given antibiotics to survive. Strong pesticides are sprayed to combat sea lice and conditions are supposed to be particularly bad in China. There are other chemicals that can be found in farm-raised fish, including dibutyltin and dioxins. Dibutyl tin impairs the immune system function, and dioxins are carcinogens.