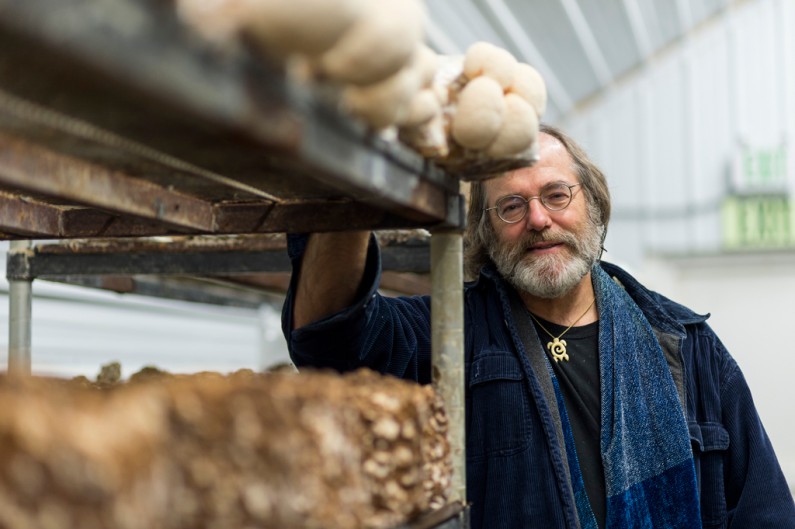 VIA Earth We Are One

If there’s anything you read – or share – let this be it. The content of this article has potential to radically shift the world in a variety of positive ways.

And as Monsanto would love for this article to not go viral, all we can ask is that you share, share, share the information being presented so that it can reach as many people as possible.

In 2006, a patent was granted to a man named Paul Stamets. Though Paul is the world’s leading mycologist, his patent has received very little attention and exposure. Why is that? Stated by executives in the pesticide industry, this patent represents “the most disruptive technology we have ever witnessed.” And when the executives say disruptive, they are referring to it being disruptive to the chemical pesticides industry.

What has Paul discovered? The mycologist has figured out how to use mother nature’s own creations to keep insects from destroying crops. It’s what is being called SMART pesticides. These pesticides provide safe & nearly permanent solution for controlling over 200,000 species of insects – and all thanks to the ‘magic’ of mushrooms.

Paul does this by taking entomopathogenic Fungi (fungi that destroys insects) and morphs it so it does not produce spores. In turn, this actually attracts the insects who then eat and turn into fungi from the inside out!

This patent has potential to revolutionize the way humans grow crops – if it can be allowed to reach mass exposure.

To tolerate the use of pesticides in modern agriculture is to deny evidence proving its detrimental effects against the environment. Such ignorance really can no longer be tolerated. For example, can you imagine a world without bees? Monsanto’s chemical concoctions which are being sprayed all over farmers’ fields around the world are attributed to the large-scale bee die off. While a growing number of countries are banning Monsanto, it’s still being used in  in nations who should  be aware of its dangers. To say that  new methods  need to be implemented before it is too late is an understatement.

Monsanto presently generates $16 billion dollars per year (as reported in 2014), therefore you can be certain they do not want anything interrupting that flow of revenue. Such income gives them nearly limitless resources and abilities to suppress information that may be damaging their reputation.

But by becoming educated on the benefits of growing sustainable, organic, and bio-dynamic food, sharing articles like this, and boycotting GMO & herbicide-sprayed crops, the corporate demon may soon get the message.

Here are helpful links to understand more about the incredible patent discussed above:

A list of all the patents Paul has applied for:
http://patents.justia.com/inventor/paul-edward-stamets

And finally, here is a TedTalks video by Paul in 2008 called: