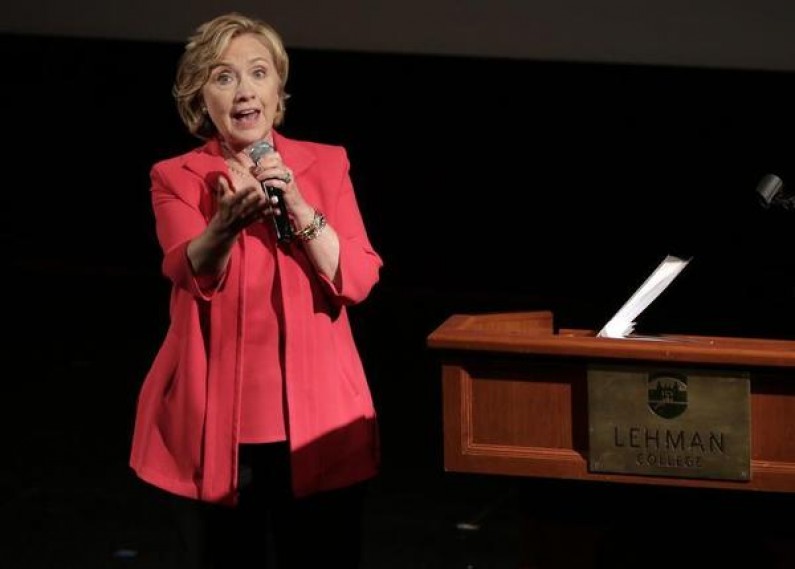 VIA “realclearpolitics.com” by Tom Bevan

Hillary Clinton may be delaying her official presidential announcement until the summer, but pollsters are under no compunction to wait that long—and a new survey of key swing states from Quinnipiac University helps explain why Clinton is dragging her feet: She can afford to.  Voters in Florida, Ohio, and Pennsylvania give Clinton double-digit leads over all of the potential Republican candidates, with two “favorite son” exceptions: in Florida, Clinton has just a one-point lead over former Gov. Jeb Bush (44 percent-43 percent), and in Ohio she maintains an identical one-point lead over the state’s current governor, John Kasich.

“History suggests that once she becomes a full-fledged candidate and part of the nastiness that comes with politics these days, those numbers may drop some,” said Peter A. Brown, assistant director of the Quinnipiac University Poll. “She begins the campaign in very strong shape with voters and not just Democrats. In the three big swing states she is getting 86 to 93 percent of Democrats, 36 to 54 percent of independent voters and even up to 15 percent of Republicans.”